Skip to content
Home News “That they understand that they are not the culprits”: a pioneering center for victims of sexual violence | Radio Madrid 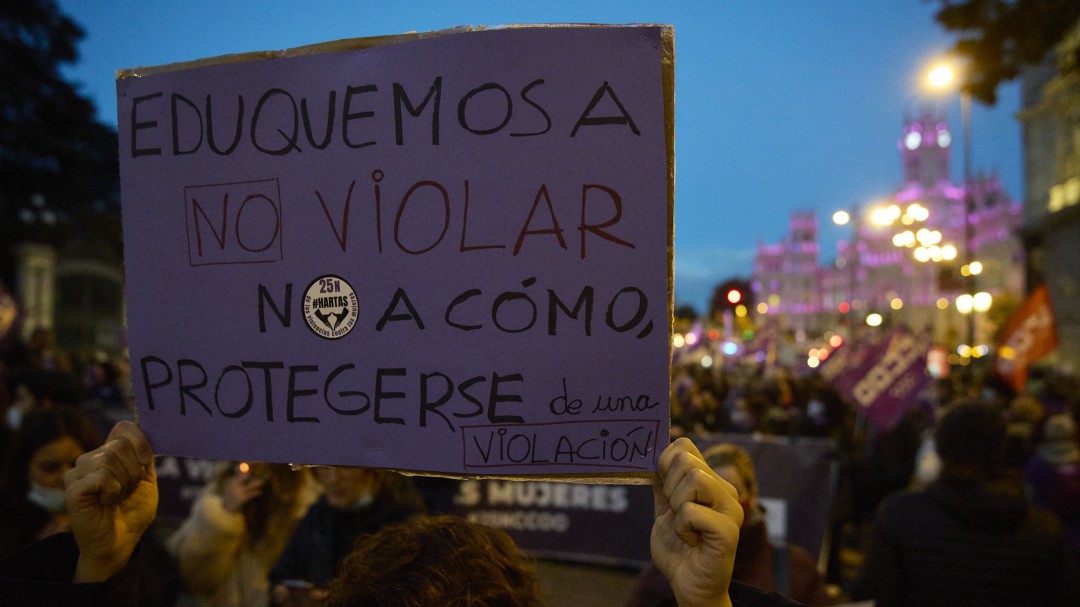 Walking down the street with keys in hand, changing the sidewalk so as not to pass between a group of strangers who come in front, or hearing unwanted compliments are some of the situations that women suffer every day. These demonstrations are a direct consequence of sexist violence. Sometimes they are less noticeable than a black eye, but they can have even longer lasting aftermath.

However, in many cases women do not report for fear of being blamed or judged or, directly, because they do not know what steps to take. And that is the main objective of the Pilar Estébanez Crisis Center against Sexual Violence: que victims have a support network. A center that is part of the bill for the comprehensive guarantee of sexual freedom and that will serve as a model throughout Spain because in 2023 all provinces must have a resource of this type.

The center, a pioneer in Spain and managed by the City Council of the capital, offers a comprehensive intervention to women who have been victims of abuse that has many faces. In Madrid, for example, there have been 204 sexual assaults so far this year, according to data from the Interior Ministry.

The delicate situation of the victims makes it evident that the address cannot be revealed for the safety of the users. However, it has a telephone line – 900 869 947 – enabled 24 hours a day, 365 days a year.

PIn order for them to be attended to, it is not necessary to have filed a complaint or to have the intention to do so, but if this is the case, the workers of the center accompany the victims, first by telephone and then in person. The same occurs with migrant women who do not have their papers in order.

For the coordinator, Belén Martín, the most important thing is that the women who call feel a warm and empathetic welcome: “Show that we do believe them, that we do not judge them and, above all, that they understand that sexual violence is another manifestation of gender violence and that they are not the culprits “.

Since its opening in 2019, just before the pandemic, the center has cared for more than a thousand women and 807 relatives and people from the immediate environment. If as a result of the sexual assault, the victim requires some type of immediate assistance, they are in charge of managing the steps to follow, starting with “emotional restraint” (that is, trying to calm the shock initial) and followed with an accompaniment to a specialized police station: the Family and Women Attention Unit (UFAM).

Once the complaint is filed, the women are accompanied, together with the forensic doctor, to the Hospital de la Paz. There, the necessary health and legal prevention tests will be carried out. These tests are important, even if there are no physical manifestations. And it is that, as the coordinator of the center assures, it is increasingly common that the women treated have been victims of chemical submission. Through this type of violence, the aggressors use drugs that nullify consciousness in order to violate them.

In this crisis center there are three profiles of professionals: lawyers, psychologists and social workers, each one in charge of a part of the intervention. They work together to determine the action plan and the objectives to be met, from the social, to the legal and therapeutic areas.

See also  why solo travel is booming for over-55s

Another element that characterizes the center is that the violence does not have to be recent, but it may have been days, months or even years before they are able to report it. “These situations are also understood as emergencies, although there has been a delay, an empathic response is required because if it is not, they will most likely think again that they were right not to verbalize it,” says Belén.