Terrific neighbors told of a ‘huge bang’ and screams after a house ‘explosion’ in Larbert.

Emergency services were called to the scene on Broomage Crescent, near Falkirk, at around 1.40pm on Saturday.

More than a dozen Scottish Fire and Rescue Service vehicles remain in attendance with a large police cordon put in place.

One man has been taken to Glasgow Royal Infirmary the explosion ripped through the residential property.

His condition is unknown.

One eyewitness told the Record: “I’ve never heard a boom like it, it echoed.

“I was just walking back home with the dogs and the next thing there was this almighty bang and smash.

“I couldn’t make out where it was coming from though.

“The next minute I heard screaming and saw smoke billowing into the air.

“Loads of people came running out from their houses looking terrified.

Another neighbor said: “The bang was massive – I was out in the garden sweeping.

“I went along to the end of the street and saw flames and smoke like I’ve never seen before.

Members of the public have been urged to stay away while first responders deal with the ongoing incident.

Search and rescue teams remain on the scene.

A Police Scotland spokesperson said: “Around 1.40pm on Saturday, 26 February, police were called to reports of an explosion at a property on Broomage Crescent, Larbert.

“Emergency services are at the scene and a number of nearby buildings have been evacuated.

“One man has been taken to Glasgow Royal Infirmary by ambulance for treatment.

“We would advise people to avoid the area at this time for their own safety and to allow inquiries to continue.”

A spokesperson for the Scottish Fire and Rescue Service said: “We are asking people to avoid Broomage Crescent, Larbert following a reported explosion at a house at 1.40pm.

“We removed one man from the property and he was taken to hospital – no further casualties.

“We have six appliances and specialist resources still in attendance.

“Crews are working to extinguish a fire at the property which has partially collapsed.”

Group Commander Andy McDermott added: “We would ask the public to avoid the area for their safety as well as motorists to help maintain access for emergency service vehicles.”

A spokesperson for the Scottish Ambulance Service said: “We received a call at 13:43 to attend an incident on Broomage Crescent, Larbert.

“A range of resources were sent to the scene and a patient was transferred to Glasgow Royal Infirmary.”

A spokesperson for SGN gas distribution company for Scotland said: “Following reports of an incident in Broomage Crescent, Larbert, earlier today, our engineers joined the emergency services on site at 2.28pm.

“We’re continuing to work closely with the authorities.” 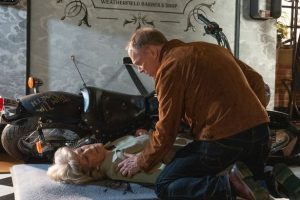 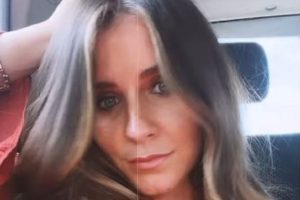 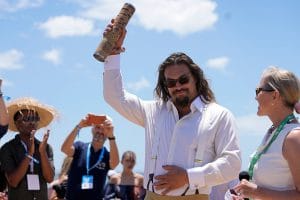 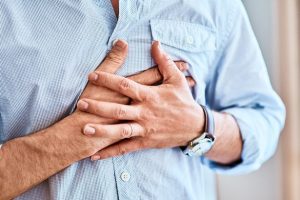