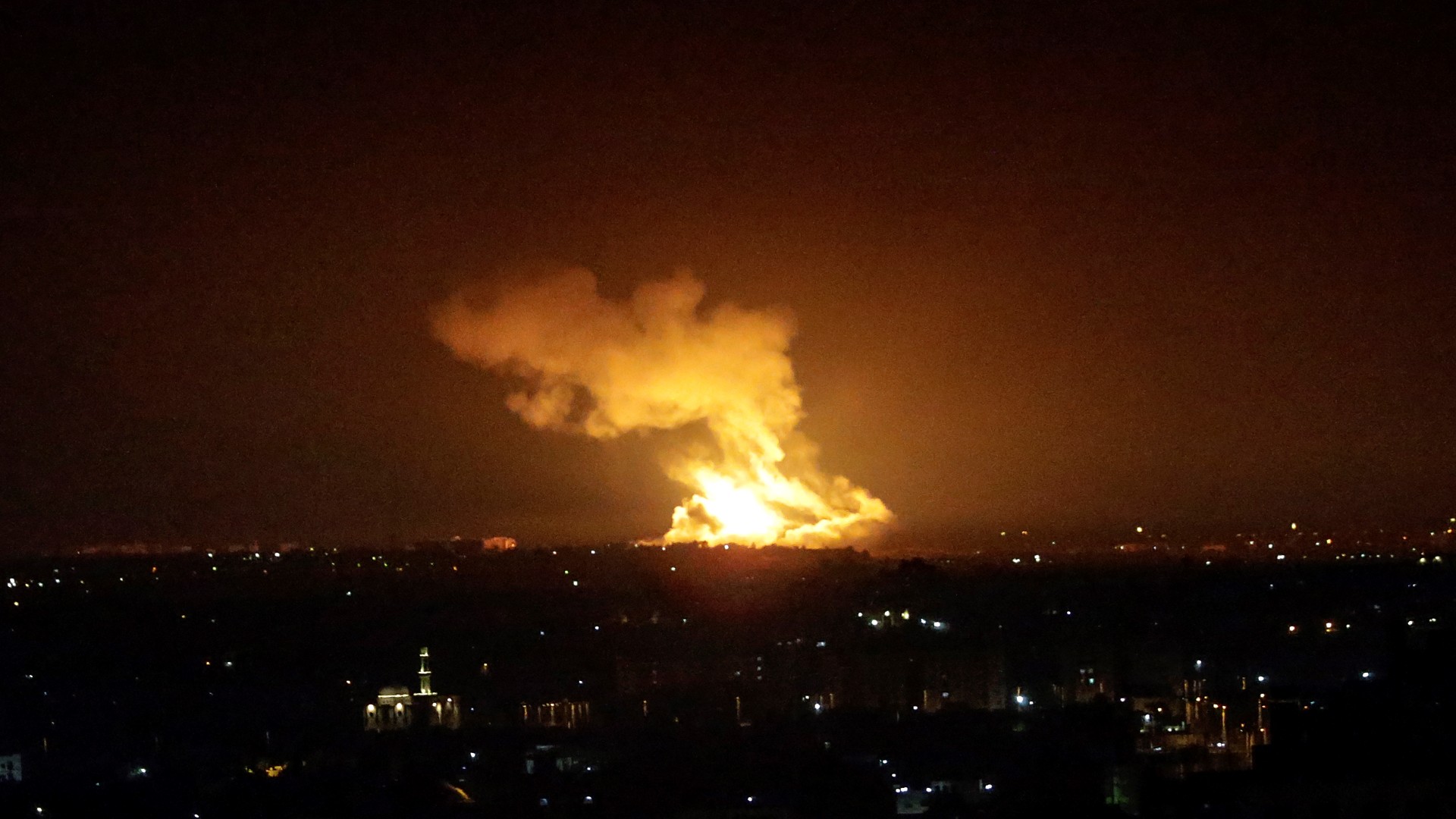 The tension in the Gaza Strip has increased again with the Israeli Army attack during the early hours of this Sunday against Palestinian militias of the Islamist movement Hamas. The bombardment came a day after two projectiles were fired from that territory, which fell into the sea off the coast of the Tel Aviv metropolitan area.

“Army fighter jets, helicopters and tanks attacked rocket manufacturing sites and military posts belonging to the Hamas terrorist group,” the Israeli Army said in a statement, in which it reiterated its usual position of holding Hamas responsible for any aggression. from the enclave.

Security sources in the Strip have indicated that no injuries have been registered for the Israeli retaliatory attack, although it did have severe infrastructure damage.

Second exchange of shots from the ceasefire

It is the second time that exchanges of shots take place since the ceasefire last May, which ended an 11-day war and was managed by Egypt and international mediators, although it did not have a prolonged truce to guarantee some peace in the area.

After the launch of the two rockets that hit the sea off the coast of Tel Aviv, the first long-distance fired since the escalation of war in May, Palestinian sources quickly warned that it was an error due to a technical failure caused by bad weather.

Also, the incident this weekend is the second since Wednesday, when Israeli Army tanks attacked Hamas military infrastructure in response to a shooting, apparently also accidental, that wounded an Israeli working along the border fence.

The day this Saturday was also especially delicate due to the deterioration of the health of a Palestinian prisoner, on hunger strike for 139 days against his administrative detentionThe militias threatened to attack Israel if it did not agree to their immediate release. “The moment of the explosion is approaching and we will revoke the truce if the mediators do not intervene urgently to free the prisoner Hisham Abu Hawash,” warned the spokesman of the Islamic Jihad, Daoud Shehab, about the cessation of hostilities that put an end to the escalation of the war. .

In 11 days of conflict, 243 Palestinians died

During the 11 days of the war in the Gaza Strip, in total, 243 Palestinians, including 66 minors, have died. Y 12 persons lost their lives in Israel.

In the worst escalation of war since 2014, in Gaza thousands of houses were destroyed by the bombing and also thousands of people saw forced to leave their homes. Also, approximately 800,000 people were left without regular access to drinking water, since about 50% of the water network was damaged.

The Gaza Information Ministry estimated that the economic losses due to the escalation amounted to more than 322 million dollars (about 263 million euros), mainly in the housing sector.