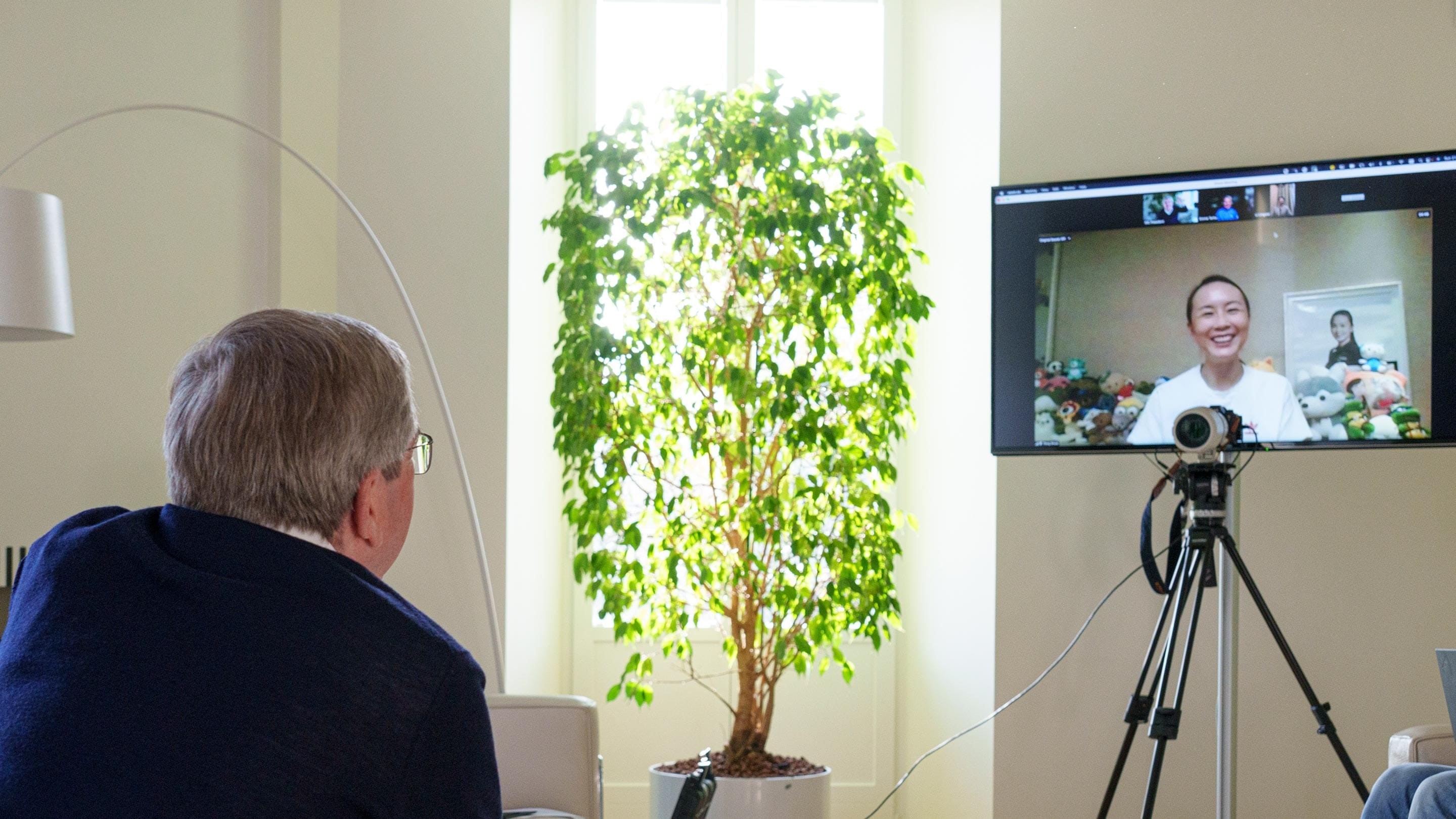 Chinese tennis player Peng Shuai has spoken with the president of the International Olympic Committee (IOC), Thomas Bach, and has assured him that she is safe and sound, according to the international sports organization. The videoconference conversation, which lasted about 30 minutes, came after entities and sports personalities had expressed their concern about the whereabouts of the athlete, former world number one in the doubles category and three times Olympian. The player had not been heard from for almost three weeks after she accused a former Chinese senior official of sexual abuse on her Weibo account, the Chinese Twitter,.

In the call, requested by the IOC and organized by the Chinese Olympic Committee, Peng “thanked the IOC for their concern about his well-being. She explained that she is safe and sound, living at her home in Beijing, but would like her privacy to be respected at this time. That is why he prefers to spend his time with friends and family right now. However, she will continue to be involved in tennis, the sport she loves so much, ”according to the statement from the Geneva-based organization.

Also participating in the conversation were a representative of the Chinese tennis federation, Li Lingwei, and the president of the IOC athletes committee, Emma Terho. “I was relieved to see that Peng Shuai is doing well, which is what we were most concerned about. It seemed to be relaxed. I offered her our support and keep in touch whenever she wants, which she obviously appreciated “, explains the representative of the athletes in the statement.

The participants in the conversation agreed to meet at a dinner when Bach goes to Beijing in February, when the Chinese capital will host the Winter Olympics, the IOC statement concludes.

The call represents the first known occasion that Peng has spoken to international sports authorities since his complaint against former Vice Premier Zhang Gaoli came to light – and was almost immediately censored – on 2 November. It is part of a series of actions to try to guarantee the international community about Peng’s whereabouts, in the face of growing calls to clarify his situation.

The Women’s Tennis Association (WTA) was the first to raise the alarm about Peng’s whereabouts, when the organization’s president, Steve Simon, revealed that he had tried to contact the player in various ways, without success in any way. . The manager had threatened the withdrawal of the WTA from China if the tennis player’s situation was not clarified, and requested a conversation with the athlete without other people present, to rule out that she spoke under duress. On the other hand, the IOC had refused to comment on the case, assuring that in these types of situations “discreet diplomacy” tends to give better results.

Last Friday some photographs of Peng playing with her cat came to light in one of the rooms of her house, full of stuffed animals, the same one from which the player participated in the videoconference with Bach, according to a photograph of the meeting that the COI attached to its statement on its website. On Saturday, journalists from Chinese official media posted a video on their social media accounts in which the tennis player was seen having dinner with a group of people in a restaurant. On Sunday he appeared participating in the opening of a children’s tennis tournament.

The tennis player’s Weibo account remains censored, and the Chinese media have not reported on her allegations.

The Women’s Tennis Association (WTA) had indicated that the videos did not assuage their doubts about Peng’s well-being, if she was completely free and if she could communicate without censorship and without pressure. “The video does not change our call for a full, impartial and transparent investigation, without censorship, into his allegations of sexual abuse, which is what raised our first concerns,” said a spokeswoman in a statement, before meeting the talk with the COI.

Peng Shuai’s case is the largest yet in China’s Me Too movement. Until now, some complaints had been made public against academics, artists or businessmen, but never against a political position so high in the hierarchy.