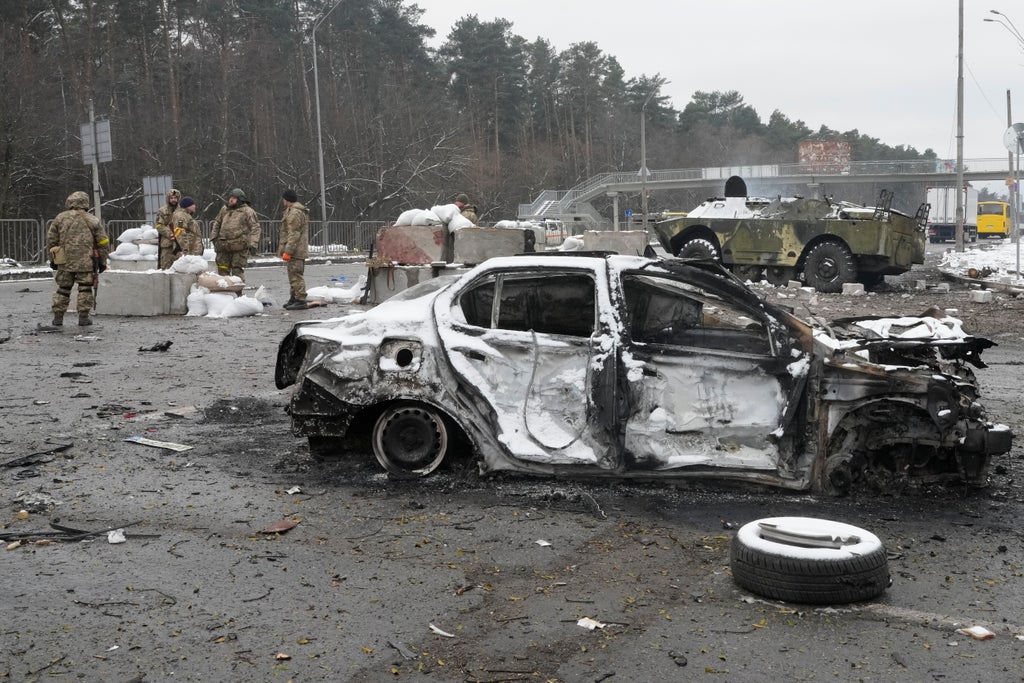 After the horrific Russian invasion of Ukraine there are a lot of, mainly private, mea culpas in the west. Almost all of us got something wrong – catastrophically wrong in some cases.

1. Those of us who thought that Putin might be bluffing were wrong. The CIA and other intelligence agencies, and governments which shared their judgement, were right.

two. The belief that Putin could be deterred by the threat of economic sanctions was wrong. There was, however, no alternative once military involvement was ruled out. Unless economic sanctions are now truly comprehensive and effective in stopping and toppling Putin, the west will be seen as a paper tiger.

3. The hope that diplomacy and negotiations could dissuade Putin from attacking Ukraine was overly optimistic. But Macron, in particular, had to try, if only to show that everything possible was done to head off war.

Four. The most disastrous miscalculation (initially by George Bush in 2008) was to dangle in front of Ukraine the prospect of Nato membership, and then to not follow up with actual membership. The result was the worst of all worlds: Russia was provoked and Ukraine was left unprotected.

5. The “pivot to Asia” proved to be a miscalculation, distracting attention from the immediate military threat from Russia to focus on an economic and technological – and, in the long term, military – challenge from China. For Britain to be sending its small navy to the South China Sea and the Gulf rather than the Black Sea or the Baltic was ludicrous.

6. The ideologues who thought getting rid of communism would stabilize the world were deceiving themselves. Putin and his cronies of him have thoroughly de-communised Russia by stealing public assets and embracing Christianity. A privatized state and a doctrine of extreme nationalism is proving more dangerous than Soviet communism.

7. The Russian elite and educated middle classes were wrong to put their faith in the inevitability of political liberalization as Russia became a more modern economy. A corrupt, mafia state has become more powerful, and its overthrow will probably be violent rather than democratic.

8. Trump – Putin’s American cheerleader – was an even bigger catastrophe than we thought. Putin has the comfort of knowing that his friend may be back in 2024. Trump Republicans and media operations like foxnews echo Putin’s narrative, as do British supporters on both the left and right.

9. The Germans realize that they paid insufficient attention to energy security. They will now invest heavily in liquid natural gas import facilities, renewables and probably revisit nuclear. Britain will also have to speed up the push to renewables and hydrogen, lifting the fatwa on onshore wind and thinking again about tidal power. Alongside that, offshore oil and gas and gas storage are crucial.

10. The Remoaners’ Lament: the western world is, for the moment, reasonably united on sanctions. But the endless British crowding about “leading” and carping on about the “weak” Germans and French sent a powerful message to Moscow that Europe is deeply divided. Brexit, like Trump, was a Putin success.

That is the past. Past mistakes will hopefully inform better decisions in the future. There are several big ones ahead.

First, on sanctions, the energy sector cannot credibly be exempted. That means higher oil prices for American motorists and gas shortages in Europe. If our voters can’t be persuaded to live with the consequences of sanctions, the game is up.

The necessary and belated clampdown on Russian financial and property interests in the UK must be deepened and broadened to dependent territories and centers like Switzerland where a lot of loot is laundered and hidden.

A second decision is how to engage the countries which – like the UAE, India and Israel – have cordial working relations with Russia. The biggest problem will be China. China has supported the Russian narrative about Nato aggression but has been careful not to support the invasion. A close, prolonged alliance with an unreliable and needy Putin is absolutely where China does not want to be. Western governments should be looking at how to weaken the Russia/China link by restoring a more businesslike relationship with Beijing.

Third, there is the issue of whether and how to respond to requests from Ukraine for military supplies to bolster its resistance. It is probably too late to help the Ukrainian armed forces very much though we must try.

A more difficult question of whether to support an armed irregular resistance. Emotionally that would be difficult to resist but it could deepen and widen the conflict: Syria in Europe. Russia could retaliate by taking the conflict on to Nato territory, or escalate this weekend’s nuclear threat. The horrors may be only just beginning.

Sir Vince Cable is the former leader of the Liberal Democrats and served as secretary of state for business, innovation and skills from 2010 to 2015. You can listen to his podcast, Wire Comments, here