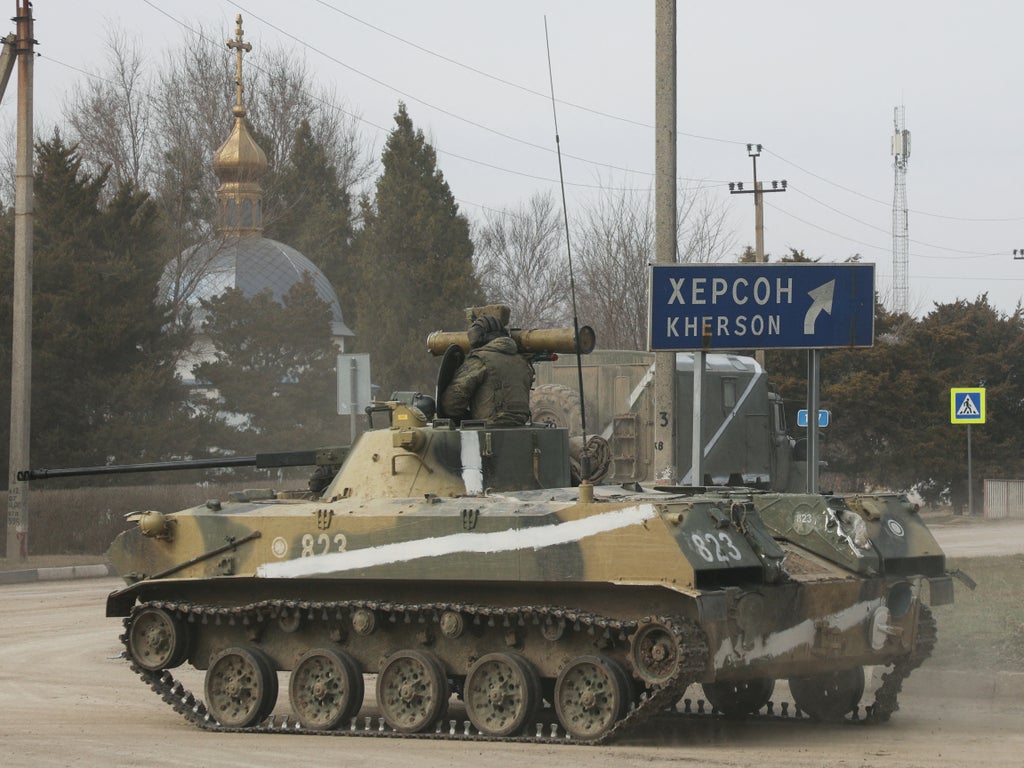 Russia’s unprovoked military invasion of Ukraine is unparalleled in Europe since 1945. The world is undergoing the worst crisis since that of Cuba in 1961. It is not an exaggeration to say that a bloody war could spill over into Ukraine’s Nato neighbours, and we would then be on a slippery slope into World War Three.

The west should undertake 10 steps.

First, the UK and its western allies should designate Russia as a terrorist state. Russia has pursued a covert war against Ukraine for the last eight years, which has led to the deaths of 20,000 civilians and combatants. Far more Europeans joined Russian terrorist forces in the so-called DNR and LNR than join Isis. Britain and its fellow Nato members should follow America’s lead in the Guard Act (Guaranteeing Ukraine’s Autonomy by Reinforcing its Defense Act), which designates Russia “as a state sponsor of terrorism in the event its forces further invade Ukraine”.

Second, sanctions should be expanded to the level of those imposed on Iran. In April 2020, the European Parliament adopted a non-binding resolution which stated, in the event of a Russian invasion of Ukraine: “Imports of oil and gas from Russia to the EU be immediately stopped, while Russia should be excluded from the Swift payment system, and all assets in the EU of oligarchs close to the Russian authorities and their families in the EU need to be frozen and their visas cancelled.”

When Iran was removed from Swift in 2012, its gas and oil revenues dropped by almost half, crippling its economy. Other areas that have been considered for new sanctions are Russian state debt, Russian state banks, and Russian energy, mining, and metals businesses.

Third, the UK should close London as a laundromat for dirty Russian money. It is time to rename Londongrad with its historical name of London. Russian oligarchs and officials should be banned from the UK indefinitely and any assets they own should be nationalised. The nationalized money should be used by the Westminister Foundation for Democracy to support democratic regime change in Russia.

Fourth, warn the Kremlin against undertaking massive human rights abuses during a Russian occupation and that Putin and his Kremlin sycophants will be charged as war criminals by the International Criminal Court. Although Russia is not a member of the ISS, this would mean Putin and his Kremlin cheerleaders would be unable to attend any international summit or visit their palaces in Europe.

Fifth, adopt a European-wide Magnitsky Act. In March 2019, the European Parliament adopted a resolution in favor of the EU adopting a Magnitsky Act, and in September 2020, President of the European Commission Ursula von der Leyen stated that this would be a goal for her Commission. Following any invasion, the EU should push for the collective adoption of a Magnitsky Act.

Sixth, certification of Nord Stream 2 should be not only suspended but permanently closed. Russian gas and oil should no longer be welcome in Europe.

Seventh, Nato members should consider implementing a no-fly zone over the capital city of Kiev and at least Ukraine west of the Dnipro River. This would provide a haven safe for refugees and deny Russia its monopoly of the air.

Eighth, the UK and its Nato allies should send special forces into western Ukraine where they would assist their Ukrainian counterparts in training and organizing a resistance movement.

Ninth, the UK and Nato allies should supply the Ukrainian armed forces with lethal military equipment that can be used to destroy Russian air force planes and incoming missiles.

Finally, the UK and its allies should expect the war to continue for a long time and plan accordingly by storing military and medical supplies in the four Nato members bordering Ukraine and organizing a supply route into Western Ukraine, a region which is unlikely to be occupied. .

The fate of the democratic west is being decided in Ukraine. If the west allows Ukraine to be occupied and transformed into a Russian satellite state resembling Belarus it would be the beginning of the end for Nato and the EU.

Brexit returned sovereignty to the UK. We should not allow Russia to destroy the sovereignty of Ukraine which made its choice to be an independent state three decades ago and which has given thousands of lives in its fight to join the ranks of the democratic world.

Chile 5-45 Scotland A: Damien Hoyland steals the show with hat-trick on his international return