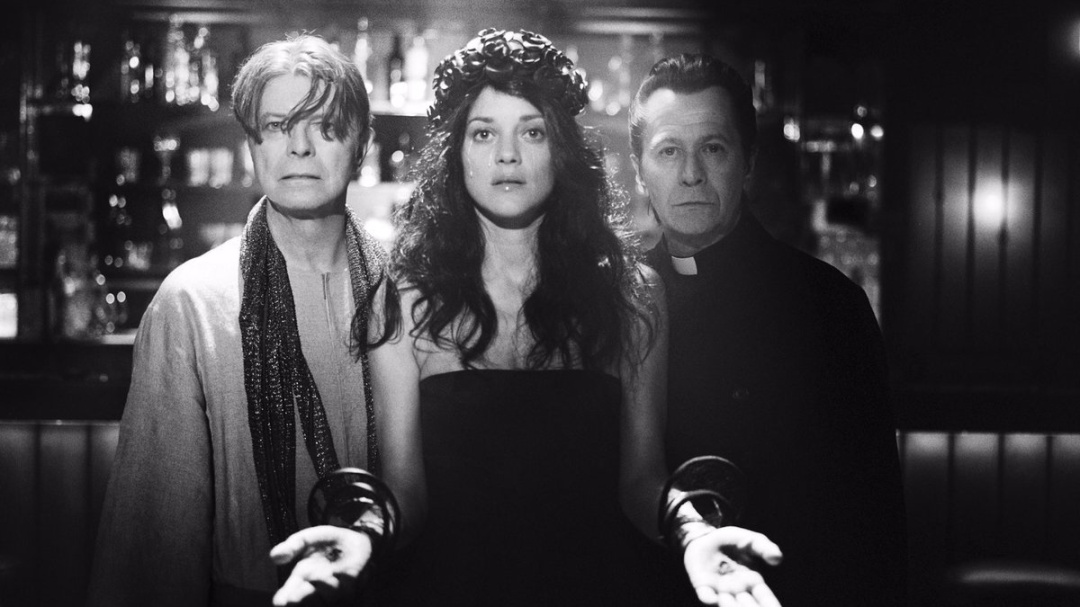 At this time, many families have once again been locked up at home, deprived of the Christmas holidays. It is not new, but it is getting more and more tiring.

To accompany this confinement we propose ten magic albums that will keep us company.

A selection of soul, rock and jazz albums that have shaped the history of music and that comes with the signature of legends such as The Clash, Rubén Blades, Sam Cooke, David Bowie or Ella Fitzgerald.

The eternal album of The Clash is good company for any moment of life. To return to London Calling It is a burst of energy that recharges your batteries and takes you back to other times, to better times. With this album the English touched the sky realizing a political and sound manifesto that sums up their career and that is impossible to match.

When Sam Cooke recorded this album he had only a few years to live. Far from what was expected of him, Cooke recorded an immense album full of beauty, emotion and warmth. A collection of songs that capture his talent and the great moment he was living. A little known gem, but tremendously addictive.

The history of this album deserves a book, or a documentary like the one that Win Wenders recorded. The crazy adventure of this group of old Cuban musicians forgotten by the world has a unique force. His music, full of life and joviality, conquered the planet and gave new life to that musical style and those songs that time had buried. A key album capable of catching you and taking you far.

David Bowie | The Next Day

For two years, a retired David Bowie walked into a New York recording studio with his friend Tony Visconti without anyone in the world knowing. During those two years he shaped what has undoubtedly been the great musical surprise of this century. The unannounced return of David Bowie in 2013, on January 8, his 66th birthday. The Next Day It shows that Bowie never left, that he still had a unique talent and is one of the great jobs of his career.

The lyrics of Sowing They are the best chronicle of the life of Latinos in the United States, a revolutionary album that turned the world of salsa upside down, opening up new avenues of communication in dance music. In his songs Rubén Blades introduced the concept of the Latino community and Willie colon made it danceable. That combination was perfect and their songs convey an energy and vibe that moves and embraces.

Sharon Jones | Give the People What they Want

Sharon Jones She was a prison officer and for years she sang at weddings on weekends. Well into the fifties he made his debut in music with Daptone Records and for a little over ten years he was one of the great figures of the revival of soul. In 2014, after four years away from the stores, Jones returned with Give The People What They Want, a powerful and evocative album that came after overcoming a cancer that ended up killing her. With this album Jones demonstrated his immense talent and the well-oiled machine that was Daptone.

Elvis Costello | My Aim is True

When the first two Elvis Costello singles came out in the spring of 1977, the boy still had a regular job, a normal life, and a musical dream that seemed like just that, a dream. In the summer of that year his first album came out and that collection of songs made Declan Patrick a star and his My Aim is True on one of the most memorable debut albums in music.

At the end of the 50s, Ella Fitzgerald and Louis Armstrong recorded three albums together, three jewels of jazz that brought together the biggest stars of the time. At a time when jazz was experiencing a constant revolution in search of new sounds, the two great representatives of the classical style raised their legends to a new dimension by creating discs with few pretensions, but full of a hypnotic beauty that so many years later continues current.

The National | Trouble Will Find Me

In 2013, The National published Trouble Will Find Me, an exciting album, disturbing and also packed with great songs. That job kept that upward line in a group that had been thinking away from recognition for too long. It took the Americans three decades to reach number 1. Longer than many bands have lasted. This collection of songs has an evocative capacity difficult to match and a powerful melancholy that show all the talent of the group and all the strength of the singer’s voice.

The music is full of extremely talented guys who lived fast and left early. John Coltrane He is undoubtedly one of them, a visionary who in 1960 released one of the most breathtaking albums in the history of jazz. Giant Steps, John Coltrane’s most powerful album, was the musician’s attempt to put a soundtrack to his time, to his feelings, a complicated and ambiguous process that reflects the way the saxophonist had of understanding art