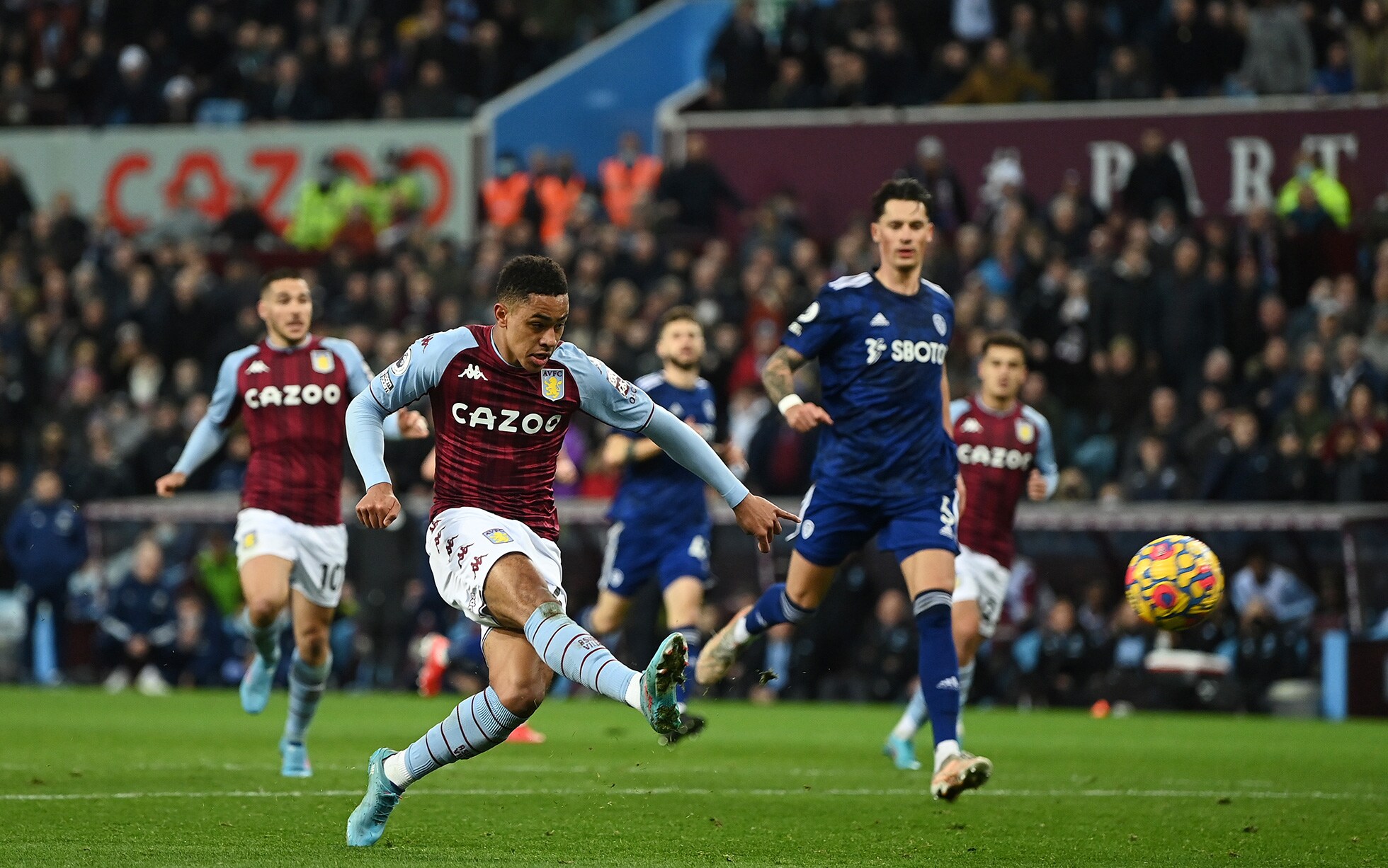 Following a shaky week for Premier League sides in the FA Cup, normal service summarized this week with a double gameweek offering a great chance to rack up more Telegraph Fantasy Football points

In a week that promised plenty of goals, with Premier League sides playing against lower opposition, only Riyad Mahrez (£5.9m) and Harry Kane (£7.0m) really excelled, both scoring two goals and the Citizens’ Algerian adding an assist. Two of last week’s tips in Jarrod Bowen (£3.9m) and Diogo Jota (£4.7m) managed to get on the scoresheet, with Jota also setting up a goal for his Liverpool teammate Takumi Minamino (£2.6m).

So far this week Aston Villa midfielders are dominating the scoring charts with Philippe Coutinho (£4.5m) and Jacob Ramsey (£2.2m) featuring heavily in the goals during their 3-3 draw with Leeds. Dan James (£3.7m) bagged a brace in the same game while the Manchester City juggernaut rolled on with clean sheet points all round and attacking points for Raheem Sterling (£6.5m), Riyad Mahrez (£5.9m) and Kevin De Bruyne (£6.8m) in their 2-0 win over Brentford.

Elsewhere, Heung Min-Son (£6.6m) got back to scoring ways but Spurs crumbled against Southampton, while Paul Pogba (£5.0m) returned to the Manchester United starting line-up in style with a fine strike in their draw against Burnley .

With premium players such as Mohamed Salah (£7.0m), Kevin De Bruyne (£6.8m), Harry Kane (£7.0m) and Cristiano Ronaldo (£7.0m) still in demand, finding those really cheap enablers who can balance the books well is hugely important. Below we offer three of the cheapest players in the game who can complement your superstars and scoring well along the way:

With six goals and three assists so far this season, the Chelsea loanee is in explosive form and has the upcoming fixtures to keep on scoring. The Saints are also still in the FA Cup for extra points potential.

Virtually ever-present in the Eagles’ backline, the defender also has three goals to his name so far this term. With Palace having a tasty FA Cup fixture against Stoke in the coming weeks as well as some winnable Premier League fixtures, the Englishman can keep the points trickling in.

While his brace this week claimed the headlines, the English starlet has started every game since November, scoring three goals and grabbing an assist prior to this week. He also scores the odd tackle bonus point; a real all-round Telegraph Fantasy Football gem.

Transferring in one or more of the above players will allow you to target the premium players and also potentially beef up underperforming defenders with those expensive stars from Liverpool and Manchester City who have plenty of good clean sheet opportunities throughout February. Also, don’t forget Manchester United play twice in the next week as they host Brighton on Tuesday evening so be wary of transferring any of their players out before next weekend.

Take a look at the number of transfers used in the following positions:

Finally, here are some of the best up-to-date football insights for ahead of this weekend’s games.