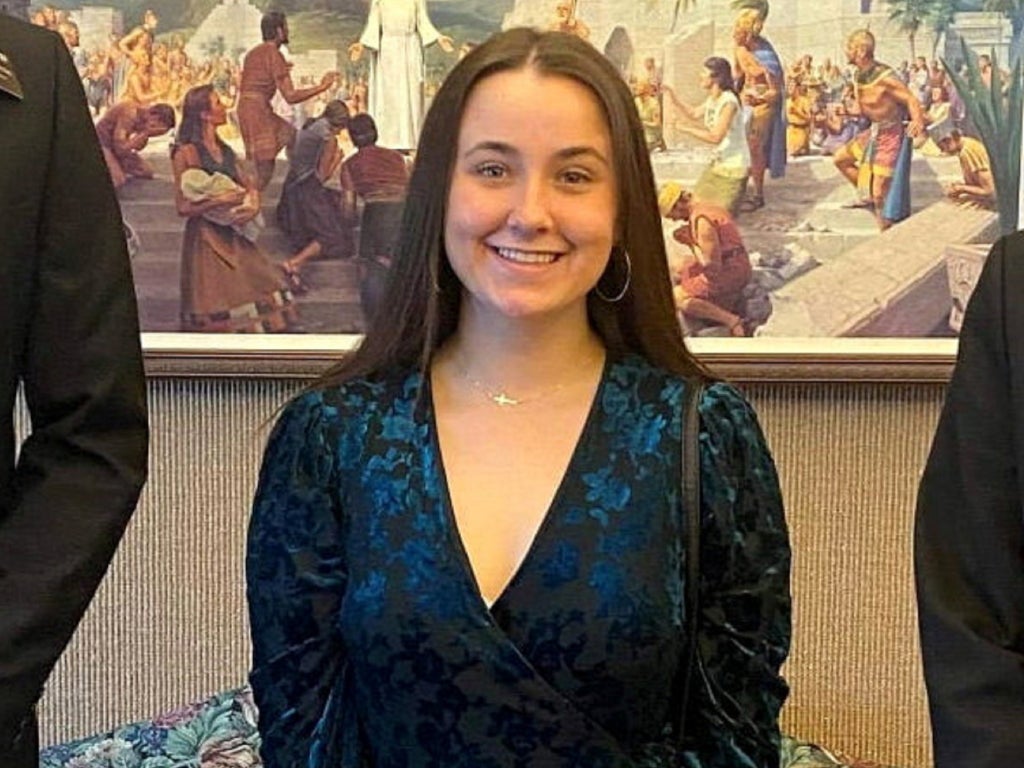 A man has been charged with murder after a Canadian teenager who flew to the UK to see her English boyfriend was found dead in Essex.

Ashley Wadsworth, 19, was found stabbed to death at a block of flats in Chelmsford at about 4pm on Tuesday after police were called to reports of a disturbance.

It is understood the teenager had left Canada for the first time to visit her boyfriend in the UK and was due to fly home just two days later.

Jack Sepple, 23, of Chelmsford, has been charged with her murder after he was arrested at the scene.

He is expected to appear at Colchester Magistrates’ Court on Thursday.

Essex Police said Ms Wadsworth, from the city of Vernon, in British Columbia, was pronounced dead at the scene despite the efforts of paramedics.

Her sister Hailey Wadsworth called for “justice” in a comment responding to a Facebook post from her sibling on 11 January in which she wrote: “More photos of our trip to London.”

She wrote on Facebook: “My poor baby sister we will get justice baby girl I love you so much I miss you every day your big sissy loves you.”

Friends of the teenager have told how she had traveled to England especially to visit her boyfriend in Chelmsford in November.

She was said to be excited to live abroad as she wanted to escape “small town life” in Vernon.

Paying tribute, her great-aunt Tova Wadsworth said: “Ashley was a beautiful young lady and full of love and kindness for all in her life.

“This was a trip of a lifetime… Nothing of this makes any sense.

“Her family is heartbroken and struggles to understand.”

The teen converted to the Church of the Latter-day Saints at the age of 18 and was described as a “woman of great faith.”

Fellow churchgoer Daniel Seaman said: “She was in England to live with her boyfriend, she was excited to live abroad and she always wanted to get out of the small town life in Vernon.

“She was kind and energetic, she always jumped in with both feet to everything she did.

“She also was a woman of great faith, and she came to find that faith when she was 18 but immediately dove in to share her faith with others and help them live a better life.

“She had even wanted to share her faith with her boyfriend just weeks before her murder.”

DCI Scott Egerton, of Essex Police, previously confirmed it was an “isolated incident” and investigators were not looking for anyone else.

He said in a statement: “I know that incidents like this will shock and sadden the community, but our initial inquiries show this to be an isolated incident and that there is no wider risk to the community.

“Currently, we are not looking for anyone else.

“We have a team of dedicated officers working around the clock to establish the circumstances which led to a woman losing her life.

“The investigation is progressing well, but we will remain on scene for a few more days whilst we continue to gather evidence and establish the facts.

“You may see officers in the area carrying out reassurance patrols and I would encourage anyone who has information that might help our investigation, to approach them and tell them what you know.”