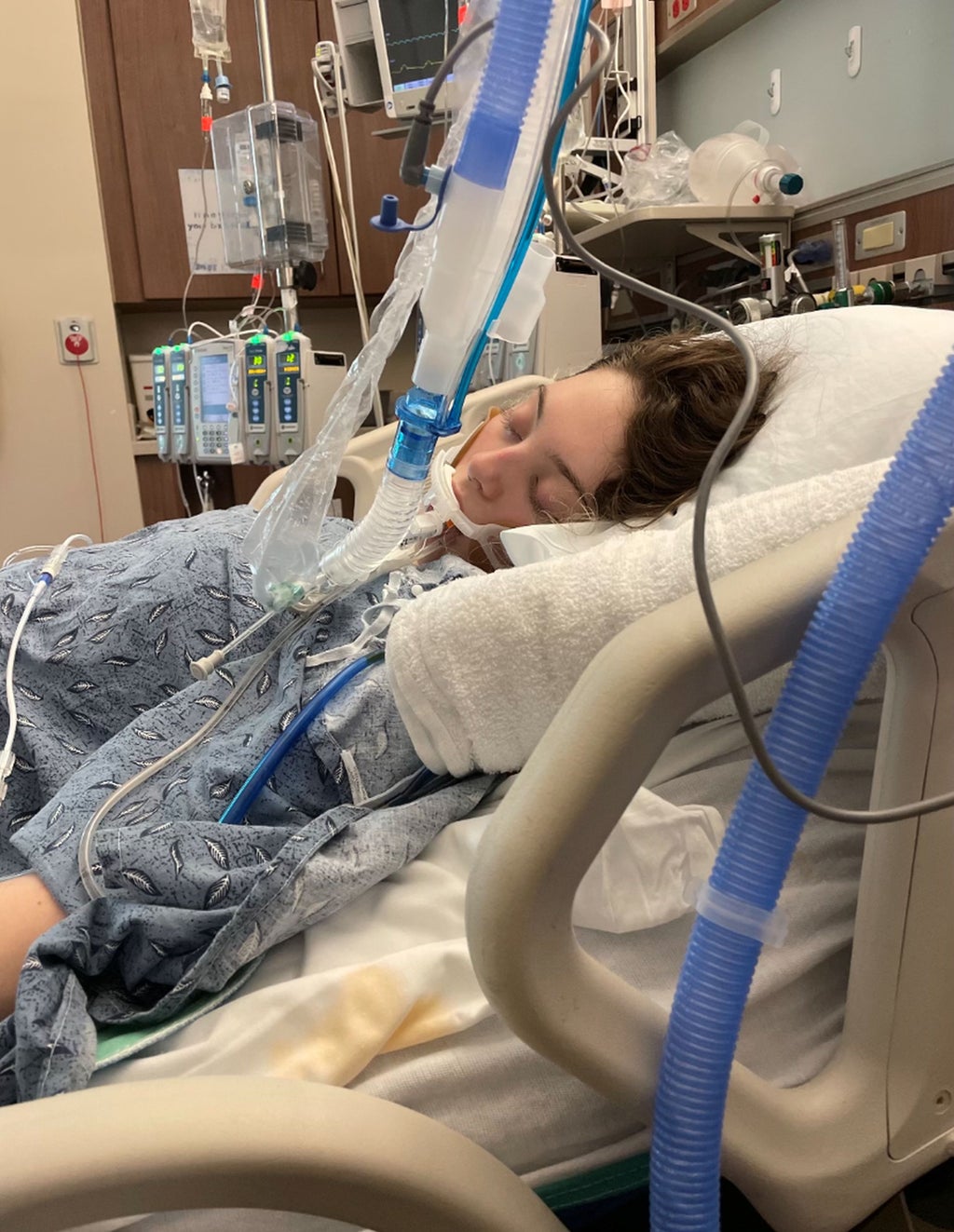 A US teenager addicted to vaping has vowed to never pick up the habit again after a “toxic chemical” in an e-cigarette left her hospitalized and needing life support.

Juliet Roberts, 18, started vaping at just 14-years-old when her school friends started using them and says she quickly became hooked, going through a disposable e-cigarette every two weeks.

However, four and a half years of using e-cigarettes took a toll on the teenager’s lungs as she was rushed to hospital on 7 January, struggling to breathe.

According to Ms Roberts, x-ray images revealed that years of non-stop vaping had damaged her lungs, in addition to an adverse reaction to a “fake” disposable e-cigarette containing a “toxic chemical” resulting in pneumonia.

The teenager was lucky to make a “miraculous” recovery after being placed on life support for five days by doctors. In total, she spent 12 days in hospital, but back home now, Ms Roberts was told she’s still at risk of having a heart attack due to strain on her weakened lungs.

She is still being supported by oxygen around the clock and is having nebuliser treatments at home twice a day with a long road to recovery remaining.

Ms Roberts, from Mount Pleasant, Tennessee, said: “The doctors told me that if I hadn’t made it there that night I would’ve lost my life. It was very scary.

“They told me I was basically dying, I’m so glad I went to the hospital when I did.”

After being admitted to the emergency department of TriStar Spring Hill, Juliet was then transferred TriStar Summit Medical Center the same day.

Juliet said: “When you get a lung x-ray it’s supposed to be black and the only white you’re supposed to see is your ribs.

“But my x-ray you could almost not even count some of my ribs because of how white it was.

“That was because of the damage from the vape and the pneumonia which I got from vaping.

“They think I maybe got hold of a fake disposable and I had a bad reaction to it because of some type of chemical that was in it and it just made my lungs want to stop working.

“They obviously said with how consistent I was with vaping it made the condition worse as well.”

Ms Roberts says doctors have warned her that because of the lasting damage done to her lungs, using a vape again could kill her. Because of the ordeal, she will be out of waitressing work for three to 12 months depending on when her lungs de ella are strong enough to breathe themselves without straining her heart.

The teenager’s life is now under threat to the common cold as catching an illness could further strain her weak lungs. Her friends from Ella must now get Covid tests before coming to visit her.

“Right now my lungs are working so hard that if I overdo myself I’m at risk of a heart attack – my heart rate jumps to 150 when I go up the stairs, which is very dangerous,” Ms Roberts said.

After her traumatic experience the teen, who vows never to vape again, now hopes to encourage others to quit, insisting “it’s not worth it”.

Ms Roberts said: “I haven’t hit one since the day I went to the hospital and I don’t plan on doing it ever again.

“The doctor told me that it would end my life and that’s all the information I need to quit for good.”

“I just want people to know that it’s really not worth it. I want it to be known that it is as dangerous as people say it is and it’s a lot more common than people think it is.”