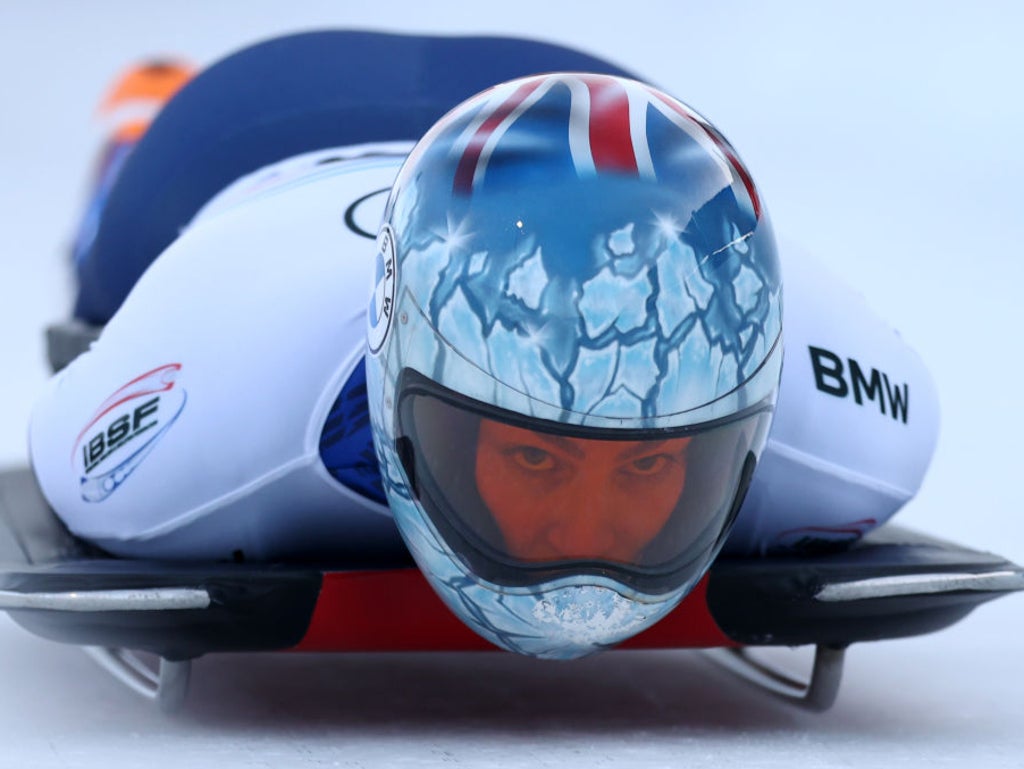 British Olympic officials insist they are playing by the rules as they prepare to unveil the top secret hi-tech hacks they hope will score more medals in the mountains.

British Skeleton have been working with performance innovation specialists at the English Institute of Sport to seek the ‘marginal gains’ needed in a sport where fractions matter.

Training started in Yanqing yesterday with furtive and jealous glances from rivals as the wrappers were peeled off new kit.

Skeleton has become Britain’s national winter sport with seven medals at the last five Games, including three golds, and the appliance of science has been at the heart of that success.

“We are 100 per cent playing by the rules all the time,” insisted British Skeleton’s performance director Natalie Dunman.

“We’ve already been checked with the jury, so we are absolutely certain on the kit that it is on the money and there will be no challenge, we read the rule book very carefully.

“We’re really lucky in that in the UK we benefit from a system that has a really good sports tech element to it. We always keep a little surprise in store so there will be some new bits that you will see with the sleds and suits.

“I think everybody uses their own advantage. We don’t have a track so we are very much up against it when it comes to competing against everybody else.

“It’s a bit of everything – it’s mainly the sled, but we’re constantly trying to push the boundaries and the edges of what we’re doing, both in terms of equipment but also coaching and feedback.”

While at the last Games in PyeongChang, where Britain claimed three of the six available medals, the team’s custom-made aerodynamic suits, with specially designed drag-resistant ridges, raised eyebrows of envious rivals.

The Winter Olympics have always been an expensive business – some of skiing’s best wax technicians can command big salaries and sharpened steel bobsleigh runners can cost the price of a mid-sized family car.

Laura Deas, who won skeleton bronze four years ago, certainly benefited from a relentless pursuit of scientific sporting boundaries but insists it’s as much about training as tech.

However, with four runs in Olympic competition, rather than the two of World Cup events, fractions can really be decisive in pursuit of medals.

“I think the real secret is all the hard work we’ve been putting in over the last four years,” said Deas, whose Olympic exploits will be broadcast live on discovery+, Eurosport and Eurosport app.

“We don’t have that access to ice, so we have to look at innovating in different ways. We’ve been able to punch above our weight for so many Olympics now, it generates that interest and maybe that bit of jealousy.

“Obviously there’s innovations going on all the time and it’s about finding that edge on race day, it’s all part of our Olympic cycle. I’m excited to bring out the big guns on race day.”

Four years ago Dom Parsons arrived in Korea ranked outside the world’s top ten but posted some of the fastest training runs, eventually winning bronze.

“We’re still fine-tuning and will continue to do that all through to race day, so you’re not necessarily seeing all of that yet,” Deas added.

British Skeleton have been working with their counterparts at British Cycling, who have a proven track record of rolling out new kit at the Olympics from a basement bunker at Manchester’s velodrome dubbed the ‘Secret Squirrel Club’.

“As a system we’re very good at sharing information and ideas and that helps us keep innovating and pushing the boundaries.

“However, it’s the athlete that is going to make the difference at the end of the day. Yes, you can give somebody a new piece of kit, but unless they are getting in the right head-space to do their job on the track, it’s not going to work. It’s very much a combination of athlete, kit, and mind-set. It’s about the whole package.”