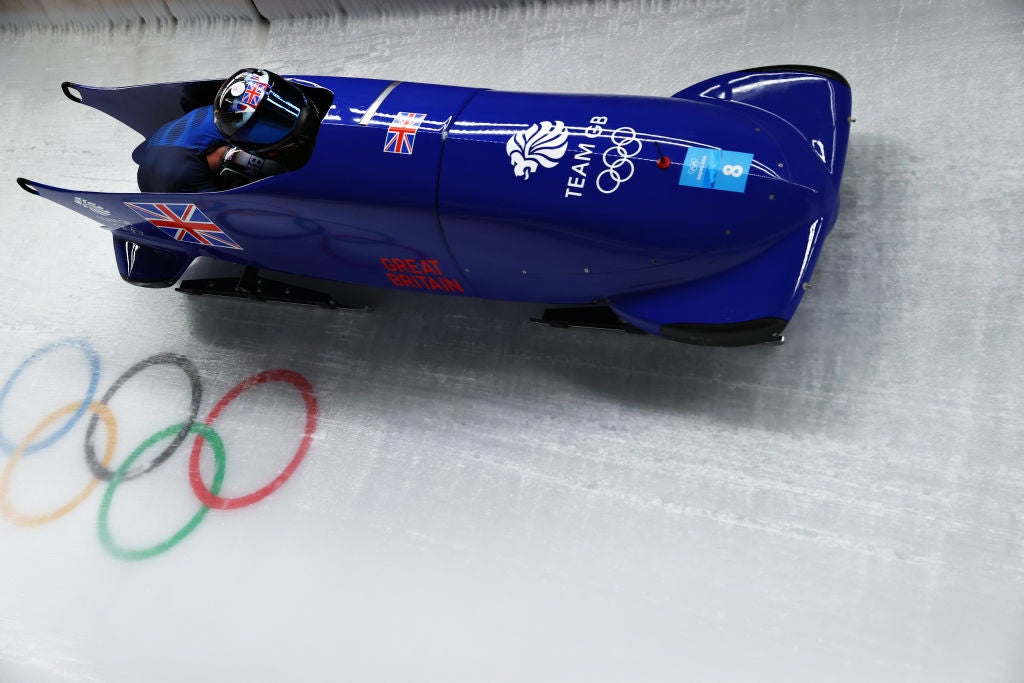 Brad Hall and Nick Gleeson were bruised but unbowed after an 80mph crash battered Britain’s two-man hopes in Beijing.

On their third run, pilot Hall and push athlete Gleeson hit the track wall coming out of unlucky corner 13, crashing onto their side and sliding for five seconds over the finish line. Having passed concussion protocols, they took on a fourth run but were stranded in 11th place, 1.34 seconds shy of the medal they coveted.

“We’ve got a few battle scars but nothing majorly concerning,” said the 25-year-old.

“When it happens, you’re just trying to hold on! It happens to everyone. But when it does happen, it is a survival instinct, you hold on and try not to get kicked out of the back. Thankfully, it was quite an easy crash, quite short and it was over quick.

“The military gives you that robustness and there was no way I would have let Brad not do that fourth run. No matter what happened.

“I think it was very important to get the confidence back and the mentality.”

Hall added: “A crash has happened to every single bobsledder. You have a crash; you’ve got to go straight back up there and do it again.

“We definitely thought we could have medalled so it’s a bitter pill to swallow but that’s the way it goes sometimes. It’s racing – it’s supposed to be exciting.”

Hall crashed out of his maiden World Championships at Konigsee in 2017.

In 2016, he crashed out of a World Cup race at Lake Placid when push athlete Toby Olubi was dramatically ejected from the back of the sled.

The British two-man sled is ranked fifth in the world, scooped three World Cup medals this season and won silver at the Test Event here in Yanqing.

Hall held his hands up to four mistakes in the first two runs that left them 11th place at the halfway stage.

That required an aggressive approach from the off in the third run, but the pair struggled from the push start. There was an issue with one of Hall’s shoe spikes that prevented Gleeson from jumping into the sled smoothly.

Britain were a second off the pace from the start – typically a strength – but they recovered to hit their top speed of the Games so far before the crash.

Corner 13 on the world’s first 360-degree track has proven a nightmare for sliders at the Games, particularly lugers.

“It’s definitely a tricky one,” said Hall. “A lot of people struggle down there, it’s quite a sensitive corner. If you’re slightly offline, then it does affect you a little bit.

“We just had a hit that was too big which pushed us over and up the wall. It was a mistake I haven’t done before so it took me a bit off guard, and we went over.”

Now Hall and Gleeson will focus on the blue riband four-man competition that concludes on Sunday, the final day of the Games.

“We still have a pretty good chance,” said Hall. ‘We have had a good season so far with a few medals in the four-man. So, there is no reason why we cannot do that this weekend as well. We need to rectify the mistakes; my driving is usually a little bit better in the four-man.”

Gleeson said: “We have no doubts that in our minds we can still contend for a medal. Do not doubt in my mind.”