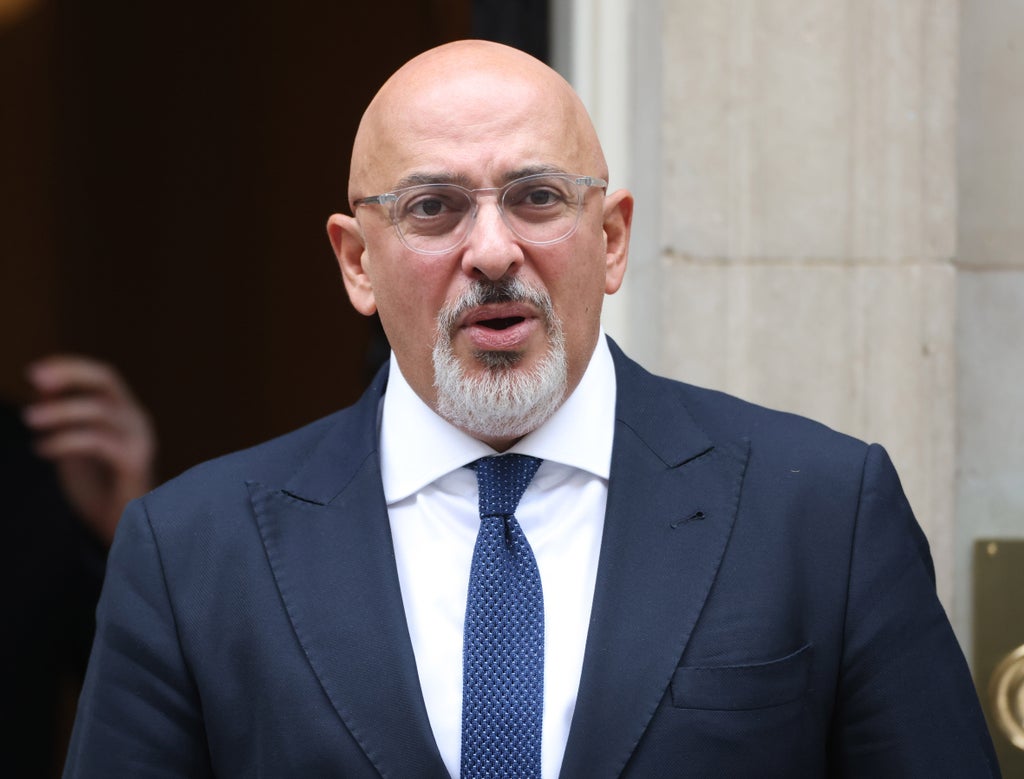 Teachers will be subjected to new controls governing the presentation of political content in the classroom after a row over primary-age children being asked to write letters about the Partygate scandal.

Education secretary Nadhim Zahawi said he will bring forward new guidelines this week to ensure that discussions surrounding politics in lessons are “balanced”.

He said schools should not be encouraging pupils to “pin their colors to a political mast”.

There was no immediate detail available from the Department for Education on the content of the new guidelines.

But Mr Zahawi highlighted contentious issues like racism, the legacy of the British empire and the Israel/Palestine conflict where teachers may fall foul of the new rules.

And he said the guidance will make clear “the requirement for teachers to make a balanced presentation of opposing views on political issues, so that the complexity of many of these important questions is understood”.

The education secretary intervened after it emerged that children at Welbeck Primary School in Nottingham had written letters to their local MP criticizing Boris Johnson for breaking lockdown rules at parties in 10 Downing Street.

The school said pupils were shown an edition of children’s television program Newsround covering the Partygate affair before being asked to present their opinion in letter form.

Writing in the Sun on Sunday, Mr Zahawi said he did not want to banish political discussions from the classroom but insisted teachers must handle them sensitively.

“While there is a clear need for schools to address political issues in the classroom from time to time,” he said, “this must not be done in a partisan way. As the Secretary of State for Education, I want to make sure that each and every child is given the opportunity to come to their own opinions without being swayed by what others think.”

Labour’s shadow schools minister, Stephen Morgan, said that Mr Zahawi’s intervention was another example of the government having the wrong priorities for education.

“Politics is about priorities,” said Mr Morgan. “I wish the education secretary were as devoted to ensuring our children get the ambitious pandemic recovery plan they need and deserve as he is to defending the prime minister.

“As has become the norm with this Conservative government, what’s occupying the mind of the secretary of state is far from what’s keeping parents up at night.”

Mr Zahawi said that parents and carers need to be able to trust schools to be totally impartial and to offer “education, not indoctrination”.

“Legal duties on political impartiality have been in place for many years,” he said.

“But I know that there can sometimes be uncertainty in interpreting them when confronted with specific issues like the legacy of the British empire or the Israeli-Palestinian conflict.

“When teaching about racism for example, teachers should of course be clear that it has no place in our society – but should avoid advocating for specific organizations that have widely contested political aims or views.”

Mr Zahawi said schools must assess all materials relating to political issues to ensure they are “appropriate” and will be provided with a “framework for discussion and de-escalation” in the case of disputes.

“Of course, schools should encourage a range of political issues and viewpoints to be discussed in classes,” he said.

“And political impartiality requirements do not mean they need to avoid difficult or sensitive subjects from being debated.

“I want to support teachers and make sure that they are equipped with a framework on how to deal with such matters, and the new guidance that I will publish next week will make things easier in our classrooms.”