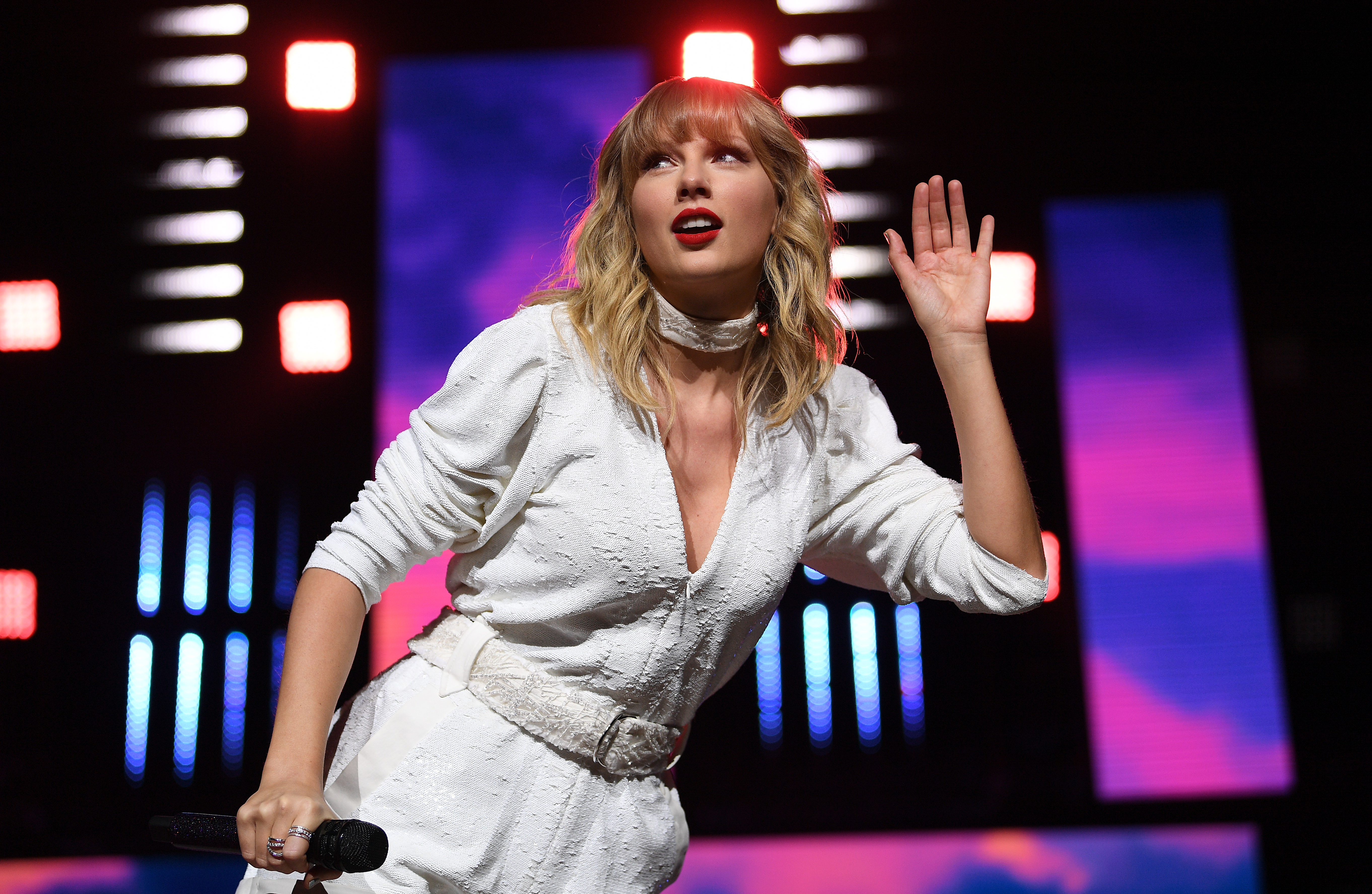 In 2016, after Kim Kardashian and Kanye West posted a private call with Taylor Swift that left the pop star in a somewhat compromising position before an audience that enjoys soaking up the wars between celebrities, the singer published a long statement on her social networks that culminated in a phrase that immediately became part of pop culture: “I would greatly appreciate not being part of this narrative.” In 2017, he uttered the same phrase, this time within his video clip Look what you made me do, laughing at herself and appropriating one of the moments from her past, in which her bad reputation was about to blow up the public image of a good girl that she had taken years to build. It is no coincidence that that album was titled, precisely, Reputation.

The writer and screenwriter Nora Ephron once wrote that “when you slip on a banana peel, people laugh at you, but if you count that you have slipped on a banana peel and it is you who laughs, you stop laughing. be the victim to transform yourself into the heroine of history ”. What the author was talking about was how to control the narrative to be the owner of the stories that you want to tell, and Taylor Swift is an expert in this field: throughout her career, the singer has not only grown thanks to his musical successes or to the awards that the industry has granted him, but also to the narrative that has created song after song, letter after letter, where he has always introduced bits of his most public life for the press, but especially his fans, to assemble at home. the emotional puzzle that came with each album. The clearest example of this is found on the social network Tumblr. There, album after album, the fans expounded theories – such as who each song was addressed to, what ceremony, gala or award was referred to in each verse or what a certain dart was aimed at examining – and those theories were validated by Taylor Swift herself, that marked subtle hearts in the posts of those fans who came up with the correct answer.

In 2005, Taylor Swift signed a 13-year contract with Big Machine Records, run by Scott Borchetta. The document made possible the publication of his first album, entitled Taylor Swift, as well as the five subsequent albums that would catapult her to pop superstar: Fearless, Speak Now, Red, 1989 Y Reputation. In 2018, coinciding with the end of her contract, Taylor Swift moved to Universal Music, but the rights to the original recordings of her first six albums were denied in an attempt to retain her on her old label, and they were subsequently sold to the producer. and investor Scooter Brown as part of his acquisition, along with several investment funds, of Big Machine Records for a figure of around 300 million dollars. With this, Swift still had the copyright, but those first six albums and the final versions of the songs that everyone knows were no longer owned by her. Taylor Swift had slipped on a mountain of banana peels, and the only way she could become the hero of the story was by doing what she does best: reclaiming the narrative.

In August 2019, Swift announced a master move: the artist was going to re-record all of her albums released on Big Machine. By doing this, he not only regained control over his work, but also detracted from the original recordings that Scooter Brown had purchased. The movement has not only been strategic, but also emotional: allowing herself to review and re-record all her work, the artist, who has just released her album Red, has been able to rewrite the lyrics that he had captured with only 22 years. And it is possible that the vast majority of mortals cannot empathize with the power struggles and egos within an industry that moves millions, but who cannot with a 32-year-old woman who counts, from the perspective and calm that only He gives time and experience, how his heart was broken a decade ago and how he got over that break.

See also  Freedom of the press: Canaries in the mine | Opinion

The new editions of his most emblematic albums could have been titled in a practical way: Red (New version) or perhaps Red (2021 Edition). But Swift has put the icing on the cake of victory by naming them in a more personal way: Taylor’s Version, “Taylor’s version.” As if he wanted to tell us that the previous versions were not so much his and, therefore, not so valid, and that this is, finally, his version without artifice, his story, his truth. Almost as if Swift knows that when life gives you bananas, it’s a good time to make a smoothie.