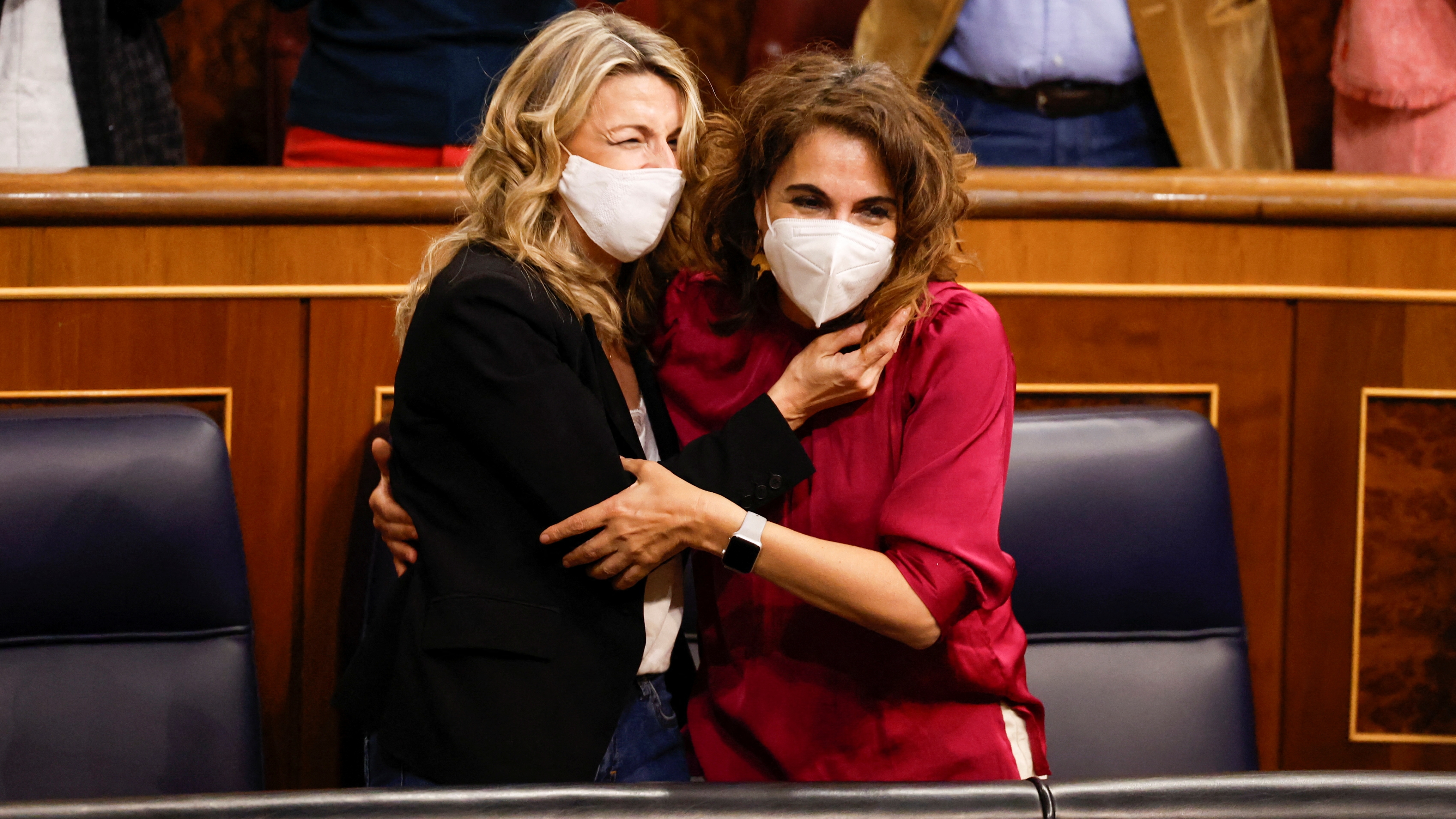 After the great internal battles in the Government over pensions —postponed for the moment— and the labor reform —resolved with a great pact— comes another of the central issues of the dispute within the coalition: taxes. United We Can has launched a proposal with a large tax increase, especially for high incomes, which would achieve almost 30,000 million euros more, according to its calculations, with the intention of opening the debate and forcing the tax reform announced by the Executive and several times postponed is approved already this year 2022.

At United We Can they understand that if it is not done in the coming months, the 2023 electoral calendar – municipal, regional and general – will cause it to be left for the next legislature. But the PSOE clearly closed the way to the proposal of its partners, which the Minister of Finance, María Jesús Montero, described on TVE this Wednesday as “inopportune”, because it comes two weeks before the experts’ report is made public. on which the socialists want to base themselves to propose any type of tax reform.

He was quickly answered by Ione Belarra, Minister of Social Affairs and General Secretary of Podemos, the party that is most clearly promoting this proposal for profound tax reform, with a message that makes clear the intention of this sector of the Government to differentiate itself from its socialist ally. : “What seems enormously inappropriate to me is that in our country, in full economic recovery, workers and small and medium-sized companies still pay double the taxes paid by large companies. That is a huge injustice, that is absolutely inappropriate”, replied Belarra at a campaign event in Villaquilambre (León).

The Socialists believe that Podemos has accelerated this debate precisely because this week is the final stretch of the campaign in Castilla y León. Belarra’s group points out, on the contrary, that they are doing so now because the time has come to raise this issue once the labor reform has been resolved and they do not deny that they want to set their own profile, but they insist that the most important thing for them now is to achieve that the PSOE undertakes to carry out the reform this year, otherwise it will be impossible.

The PSOE has not wanted to publicly comment on the reform proposed by United We Can, but in private they see it as preposterous because they believe that it is absolutely unfeasible to increase collection by 30,000 million euros.

The socialist sector of the Executive insists that taxes have already been touched a lot in this legislature, and María Jesús Montero maintained that “90%” of what was agreed in the government agreement has been fulfilled. In reality, above all, the part of the Corporation Tax has been complied with —with a minimum of 15% that begins to operate this year— and the tightening of the Socimi tax regime or greater control over the Sicav —both instruments of the large fortunes to minimize their taxes—which has caused many to close. In addition, a tax has been created on some digital services, the so-called Google rate, and on financial transactions. But the one that has hardly been touched is the personal income tax. The agreement proposed raising it from 130,000 euros per year and it has been done from 300,000, and in capital income above 200,000. The benefits of pension plans have also been reduced.

The Socialists want to avoid touching the IRPF at all costs and are more willing to harmonize other taxes that the PP autonomies have practically reduced to zero, such as successions or assets. The big question, which the PSOE expects the committee of experts to resolve, is how to tax high incomes and large fortunes that escape personal income tax through all kinds of twists and turns. The 2019 government agreement only says that “the taxation of large fortunes will be studied in order for them to contribute to a fairer and more progressive tax system.”

Podemos wants to focus there and intends to raise 10,000 million with a complete reformulation of the wealth tax. The PSOE is willing to study formulas – the president, Pedro Sánchez, said two weeks ago that he considers this tax on large fortunes to be a “necessary” debate and pointed out that “if you want social justice, there must be fiscal justice” —, but the great discussion now is about times.

United We Can want to do it now, and has established a position, although Yolanda Díaz, her political reference, was softer than the Podemos ministers —she is not a member of this party—. The second vice president said that it must be “understood” that her group has “its own positions”, but at the same time insisted that the Government as a whole “speak through the Ministry of Finance” and that United We Can “respect” the work of the committee of experts. The PSOE prefers to wait and does not clarify whether this year will be the year of the great tax reform or rather there will be some tweaks -especially in green taxation- to arrive later, probably already in the next legislature, to a more complete reform that also includes a new autonomous financing.