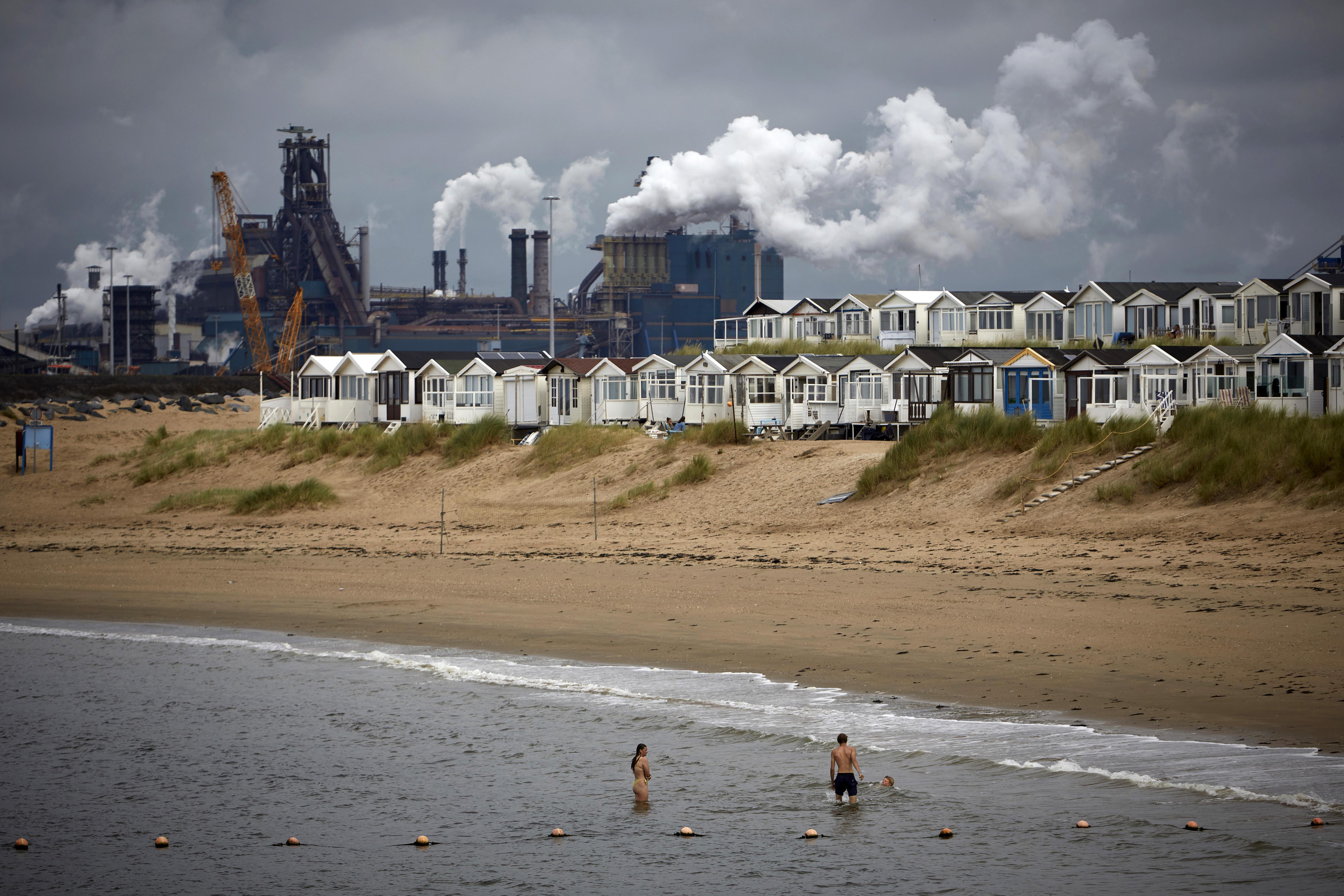 The social contract between companies and governments has changed, especially in sectors in need of millionaire injections so that their production methods are sustainable. In the Netherlands, the Tata Steel steelmaker is located in Ijmuiden, on the North Sea coast, and is today the largest national polluter. It is responsible for about 4% of total CO2 emissions, and its future depends on how quickly it can manufacture “clean” steel.

The old Dutch blast furnaces, built in 1919 not to depend on external supply, were for decades a symbol of the might of the national industry. However, its corporate history, which culminated in 2007 with the purchase by Tata Steel, a subsidiary of the Indian multinational Tata Group, has also changed its image. From the importance of the steel obtained in close proximity, there has been a concern about the presence of potentially carcinogenic substances in quantities that exceed the limits considered safe for health. From a well-regarded company, which promotes thousands of direct and indirect jobs, to the graphite dust that forces doors and windows to be closed. The file on Tata Steel has reached the Dutch Parliament, and the debate on what to do with the company presents two novelties: the business commitment to embrace hydrogen by reducing the CO2 released by 2030, and the separation as of this October of the European division of the Tata Steel group, which can pave the way to sustainable steel.

In 1999, the Dutch blast furnaces (Hoogovens, in Dutch) closed a merger agreement with British Steel forming Corus. An international company was thus created, later acquired by Tata Steel, bearing the name of Tata Steel Europe. In the Netherlands, it has 11,000 direct workers and generates another 40,000 indirect jobs in the Ijmuiden region, according to company data.

The importance of metal production is underlined on an official level, but economist Mathijs Bouman believes that the key lies in employment. And in not importing steel, which would pollute even more. “I don’t think that Tata Steel Nederland is essential in counting Dutch GDP. From an economic point of view, it is not an essential business. Its importance is strategic and for work on a local scale ”, he says by phone. In his opinion, the specialty of the Netherlands is not the steel industry but the service sector, logistics, high technology and the petrochemical industry, with companies like Shell. When the pressure against pollution is impossible to quell, “Tata Steel has been smart and has reached an agreement with the unions to look for what we now call green steel.” The problem of CO2 emissions and how they will be controlled monopolizes the national debate, “and that is why it seems to me that the conflict created by a possible closure would have been more political: it is very risky to close such a company and lose so many jobs,” he adds. And he concludes: “The multinational does not seem to be interested in making large investments in Europe and hence the Dutch Government is going to get involved in a sustainable and close reconversion.”

The Oxford Economics consulting firm estimates the contribution of Tata Steel to the Dutch economy in the 2018-2019 period at 2.9 billion euros, and the company itself mentions this data in its documentation.

In 2020, the Indian multinational negotiated with the Swedish-Finnish firm SSAB the possible purchase of Tata Steel Nederland – the official name of the Dutch branch – and there was a moment of contained euphoria. The market for steel produced by SSAB is the United States and the Scandinavian countries, and although the Dutch side also has American customers, they are not the same. On the other hand, SSAB is ahead in the production of steel without fossil fuels, so it was the ideal partner for the green retrofit. The operation was thwarted in January 2021 “for technical reasons”, explained Martin Lindqvist, president of the Swedish council. He said they weren’t sure they would be able to apply their sustainable production strategy with the desired speed to the Dutch complex, and shareholders did not approve. The cost outweighed the benefits. The frustration was enormous in the Netherlands, and Hoogovens – as it is still colloquially called – remained linked to the mother house.

The disappointment suffered with SSAB explains in part the good disposition before the current separation of Tata Steel Europe. Tata Steel Nederland and Tata Steel UK – the latter with about 12,000 employees – continue to be part of the Indian conglomerate and share clients. Even so, the degree of independence obtained is presented by the Dutch side as “an opportunity to produce steel with the help of hydrogen; we each have our own pace and goals, ”says Ariane Volz, the spokesperson in the Netherlands. The tensions in the relationship were evident for years. In the eyes of the Dutch management, the problems of their colleagues to stay afloat in 2019, coupled with the coronavirus crisis and Brexit, hampered the investments necessary to modernize the complex located in Ijmuiden. In the UK, the firm is spread across England and Wales, with a center also in Northern Ireland, according to its information.

This September, the scientific data accumulated on the doorstep of Congress and Tata Steel Nederland itself. A study carried out in and around Ijmuiden by the Institute for Health and the Environment (RIVM, in its Dutch acronym) pointed to the risk of cancer due to the polluting dust released. The researchers compared samples collected in the complex area with those taken in remote places inside and outside the homes and the amount of lead found exceeded the limits considered safe for health. The same was true of polycyclic aromatic hydrocarbons (PAHs), an organic compound present in the production of steel, iron and aluminum. “In 2020 an investment of 300 million was already announced to reduce polluting emissions and this September the company has shown its commitment to reduce CO2 emissions between 30% and 40% by 2030,” explains Volz. The clean hydrogen needed must come from wind power, but since there are not enough windmills they will use natural gas first.

See also  What time is Canelo Álvarez vs Dmitry Bivol and how to watch in the UK?

Environmental organizations like Urgenda and Milieudefensie, which is the Dutch branch of Friends of the Earth, propose two things respectively: that Tata Steel buy iron instead of extracting it from iron ore to curb pollution, and reduce the size of the company. Sustainable is now the adjective that can maintain the image of the company.