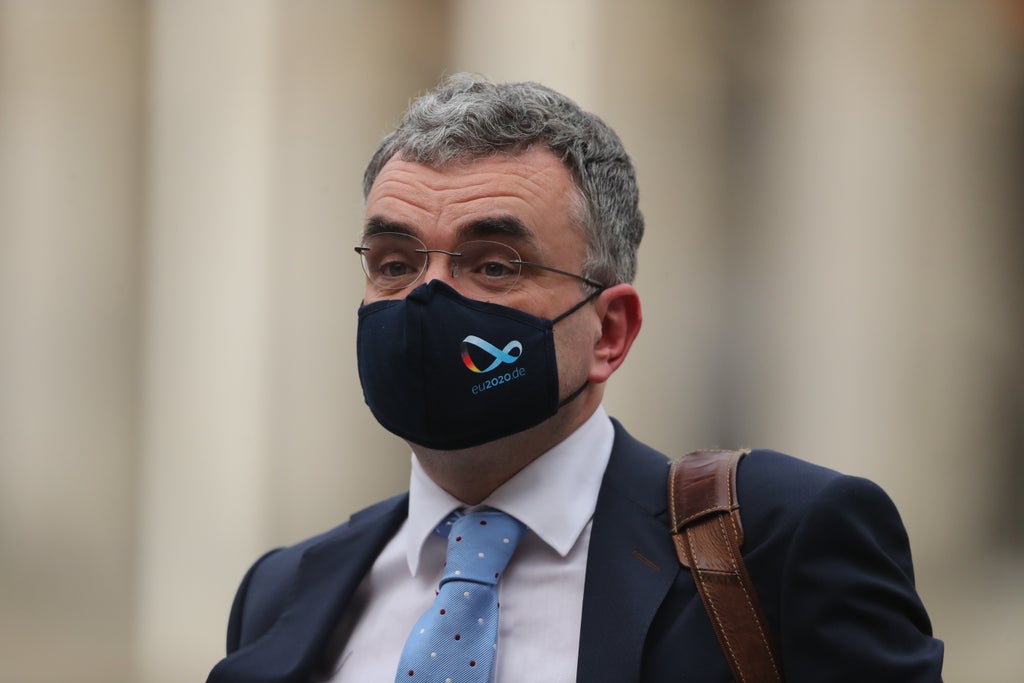 Mr Calleary resigned as Agriculture Minister in August 2020 over his attendance at the golf society dinner in Galway while the country was under strict Covid-19 restrictions.

Asked if he could return to Cabinet after a court dismissed charges against the organizers of that event, Mr Martin said “the door is always open” for a person of Mr Calleary’s caliber.

He said the former Fianna Fail deputy leader had “paid a heavy price” and had helped ensure continued trust in Government after the controversy.

Speaking in Dublin on Friday, Mr Martin said he accepted taken by the court this week.

He added: “There was a broader issue, given what we just at that time had asked the Irish people to do in terms of very severe restrictions.

“Dara resigned and I paid tribute to the decision he took, in the sense that I think Dara understood that sense and the importance of trust between Government and the people in respect of Covid-19 management and the restrictions that were brought in.

“In many ways, what he did, I think was a very high price for him to pay.

“It was very dignified what he did.

“In many ways, I have ensured the continuation of that trust, in terms of the issue around how we manage Covid-19 as a Government that brings in restrictions.”

He added: “Of course the door is always open, there’s always a way back for a person of the caliber of Dara Calleary, I think that’s clear.

“I think many people were taken by the manner in which he responded at the time. It was a very heavy price.”

Mr Martin acknowledged the anger that was felt by the public at the time the Golfgate controversy broke.

He said people at the time had made “a lot of sacrifices in terms of their own personal lives, having very few people attending funerals of their loved ones and so”.

The event in August 2020 caused a political storm, leading to a number of high profile resignations including that of Mr Calleary and former European Commissioner Phil Hogan.

All four had faced a single charge that they organized an event which contravened the Health Act 1947, as amended, to prevent, limit, minimize or slow the spread of Covid-19.

Judge Fahy told the court: “They were all responsible people who would not have gone to dinner if they didn’t feel comfortable and feel that the hotel and the organizer had put in place all that was required to make it safe.

“I have no doubt that the organizers, in conjunction with proprietors, did everything they could to comply.”