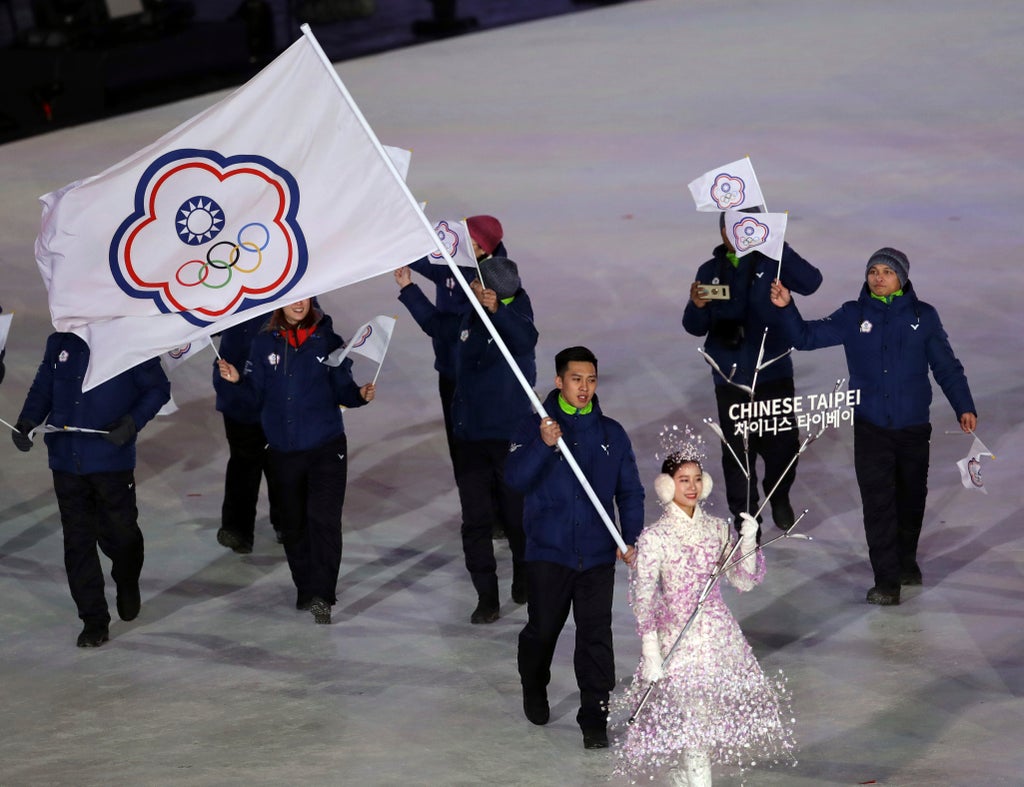 As global attention turns to Beijing for the start of the Olympic Winter Games, Taiwan’s diplomatic standing is once again under the spotlight.

Taiwan’s Olympic Committee this week made a policy U-turn by announcing that its team would attend the opening and closing ceremonies in Beijing, just days after it said its delegation would not do so due to delayed flights and Covid-19 restrictions.

The announcement by the self-governing island – which China considers as its own – came after it received several notices from the International Olympic Committee (IOC) asking it to “cooperate in sending personnel” to attend the ceremonies.

Taiwan did not say how many of its 15-member team, including four athletes, would attend.

The about-face was criticized by rights groups in Taiwan, who said that the decision could be viewed as “supporting human rights violations committed by the Chinese government.”

“When being confronted by questions related to China’s long history of human rights violations, which is against the spirit of the Olympics, the IOC has been avoiding them,” read a joint statement by several civic organizations including the Taiwan Association for Human Rights.

“Taiwan’s delegation shouldn’t belittle themselves at the Beijing Olympics,” the statement said.

Led by the US, several Western nations including Australia, Belgium, Canada and the UK are staging a diplomatic boycott of the Games over widespread allegations of Chinese abuses against the Uyghur minority in Xinjiang province. Beijing has repeatedly denied the claims.

Taiwan’s initial decision to miss the ceremonies was considered as a soft boycott of sorts in a show of support for longtime ally Washington.

Taipei was originally concerned that attending them would legitimize China’s claim over Taiwan on the international stage, according to a report by Taipei Times last month

Tensions have escalated in recent months as China’s military has conducted repeated air missions over the Taiwan Strait and Beijing has stepped up pressure on Taipei to accept its sovereignty claims. Taiwan says it wants peace but will defend itself if attacked.

Taiwan’s intelligence agency had determined that the Chinese government would advocate for the unification between China and Taiwan during the Games, the Taipei Times report said.

Furthermore, Taiwan feared Beijing might “downgrade” its status by placing its athletes alongside those from Chinese-run Hong Kong at the opening ceremony, a senior Taiwan official told Reuters last week.

The official name of Taiwan’s delegation, which will be called “Chinese Taipei” under Olympic convention, has been a major point of contention. The label was adopted through a compromise with the IOC in 1981 after the organization recognized Beijing as the only legitimate government representing China.

Last week, China’s Taiwan Affairs Office referred to the island’s team as being from “China, Taipei”, rather than the official terminology of “Chinese Taipei”.

Lev Nachman, a postdoctoral fellow at the Harvard Fairbank Center for China Studies, says compared to the Tokyo Olympics last year, Tapei has been more low-key about highlighting the “Taiwan identity” in the months leading up to the Winter Olympics.

“To have an Olympics in China is a qualitatively different feat for Taiwan,” he told The Independent.

“There is a real risk to be considered with how and what carries and behaves in regard to the Olympics,” Mr Nachman said, adding that it was unsurpising to see human rights groups advocate on behalf of Taiwan because there are things the island “can ‘t say itself out loud”.

As host countries normally view the Olympics as an occasion to exercise “performative nationalism,” Mr Nachman says China is likely to take advantage.

“A part of (its) plan will probably be presenting the idea that Taiwan is a part of China.”