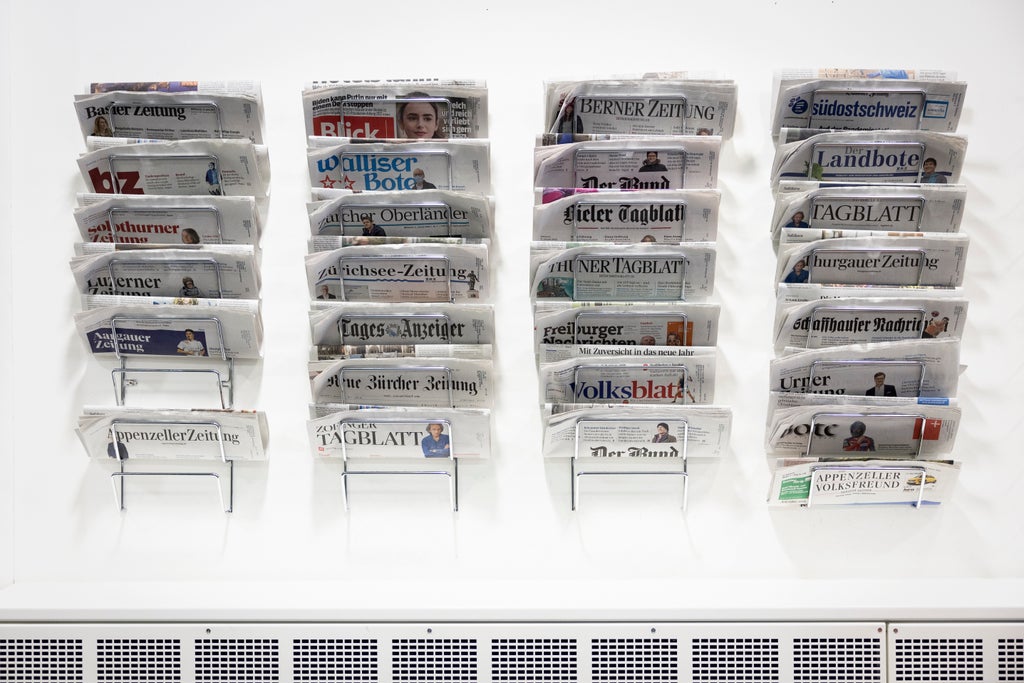 It’s a widespread lament: Traditional newspapers, especially small local ones, and other media outlets have seen subscriptions dry up as international internet behemoths have swooped in on the market for advertisements that long helped daily, weekly and monthly publications survive.

In Switzerland, the government has laid out plans to help. Swiss voters get final say Sunday in what polls have suggested is becoming an increasingly tight contest.

Voters were casting ballots on the government’s plan, passed in June, to inject more than 150 million francs (about $163 million) into broadcast and print media every year, including — in a first — support early-morning newspaper delivery and online media to the tune of 70 million francs (nearly $76 million) annually.

Opponents of the plan pulled together enough signatures in a petition drive to put the issue before the public, part of Switzerland’s particular form of democracy that gives voters in the country of 8.5 million a direct say in policymaking several times a year.

“A media subsidized by the state is a media under control. As the adage goes: ‘Don’t bit the hand that feeds you,’” wrote the opponents who pressed for the referendum. They say big print-media groups together took in more than 300 million in profits in 2020, even during the COVID-19 crisis.

Many other countries in Europe and beyond offer support to newspapers such as through postal fee discounts, tax breaks and other measures.

Supporters of the cash injection counter that journalism, especially in local areas that have been ill-served by big media groups, should be considered a public service, as are many public radio and television broadcasters in Switzerland, around Europe.

“Media groups are fighting to survive. Ad revenues for print press haven’t stopped declining or are getting swallowed up by giants like Facebook and Google and subscriptions aren’t enough,” wrote the Swiss Green party, which supports the measure.

The new money would mostly go toward subsidies or tax breaks on distribution of print media, training for journalists, and support for news agencies in Switzerland. Some of the funds would go publications by associations or non-governmental groups like Swiss-based WWF or the country’s best-known automobile association.

Proponents insist that newspapers in Switzerland need help, saying more than 70 have disappeared since 2003. Advertising revenue in all print publications plunged 42% between 2016-2020 in Switzerland.

Some 30 million francs would go to online publications to help make sure readers can get local news through the internet.

The media subsidy measure is one of four issues on ballots nationwide on Sunday. Another considers a government plan to eliminate some legacy fees on corporations — and essentially granting them a tax break. Yet another aims to limit advertising for tobacco products in areas frequented by children.

A fourth issue would ban the use of animals and people in tests, with some exceptions – a passage of which could have major implications for both imports of some products and research in Switzerland’s much-vaunted pharmaceutical industry.