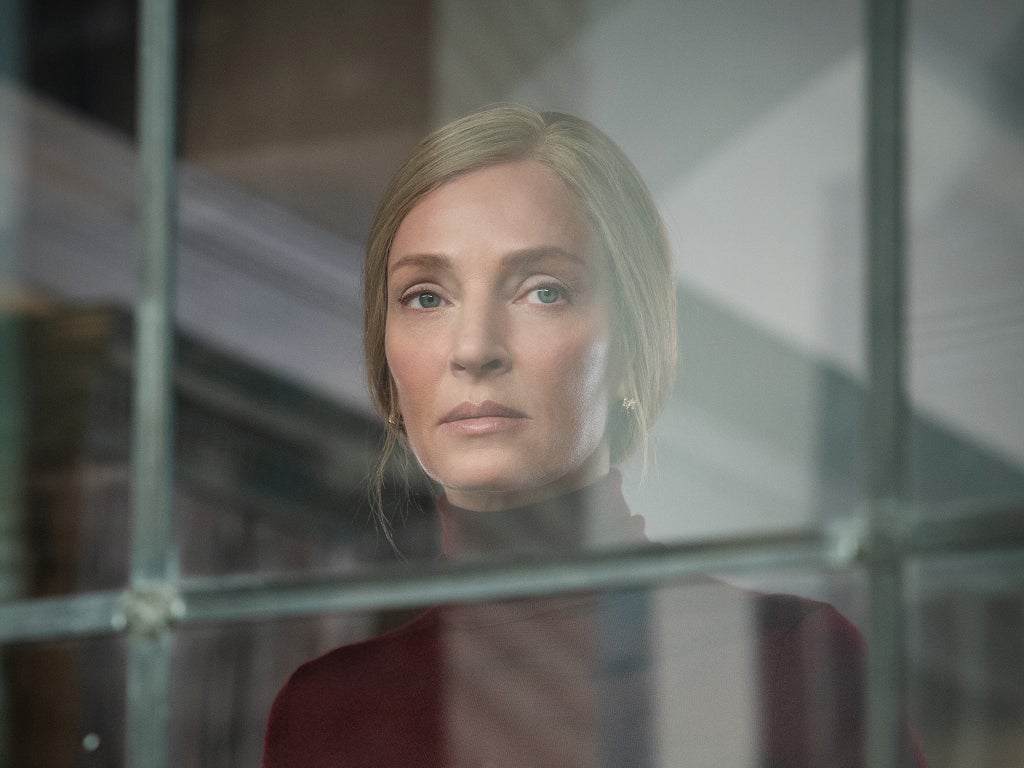 A lot of television doesn’t act like television anymore. Case in point: Apple TV’s suspension, purportedly a conspiracy thriller series starring Uma Thurman, but in actual fact, an almost impressively tedious film chopped into 45-minute chunks. And not really starring Uma Thurman. In execution, suspension doesn’t so much have episodes as reams of questions, exposition and occasional answers dispensed weekly. Few will make it past its first two installations.

Based on an Israeli series, suspension opens with the abduction of a rich teenager from a New York hotel. His kidnappers wear latex masks of the royal family and the resulting CCTV footage of the incident goes viral. Meanwhile, we’re introduced to three seemingly random Brits who’ve just flown back to the UK from New York: cybersecurity boffin Aadesh (The Big Bang Theory‘s Kunal Nayyar), academic Tara (Elizabeth Henstridge) and financial adviser Natalie (Georgina Campbell), who’s a few hours away from getting married. Arrests are soon made, along with pleas of innocence and hints at a global network of crime and corruption.

suspension‘s first few episodes are cold and confusing. We can assume the show’s disparate cast – which also includes a wanted man (Elyes Gabel) and, later, a floppy-haired student (Tom Rhys Harries) – will eventually come together and/or show their cards, but the demands of an eight -hour season means it won’t happen for a while. It results in a series that endlessly evades the viewer, with characters who do little but act bewildered. Who’s lying? Who’s pulling the strings? Why should we care?

Then there’s Thurman, a bona fide movie star whose recent adventures in TV – from the musical flop Smash to the Netflix organ donation thriller Chambers – have consistently depressing. Cast as the mysterious mother of the kidnapped boy, she’s plastered all over suspension‘s posters but seems to have filmed her few scenes in a day. Noah Emmerich, one of America’s most unsung character actors, looks set to do more as an FBI agent transferred to London to investigate our suspects, but then spends much of the action staring at computer screens. The biggest mystery in suspension is why it’s asked two brilliant US actors to perform back-up to a cluster of not-very-good Brits.

In fairness, few could salvage a script this silly. Despite straining for real-world relevance, writer Rob Williams misunderstands not only internet culture – violent kidnap footage is memed into oblivion and giggled over by seemingly everyone the main cast encounters – but any kind of normal human behaviour. Perplexingly still, Apple has decided to drop suspension weekly, despite a format – namely endless delaying tactics with only the hint of future answers – built for binging. It brings to mind an important lesson: television works when it uses the storytelling tools at its disposal, rather than just hacking a story into pieces and expecting viewers to follow it.