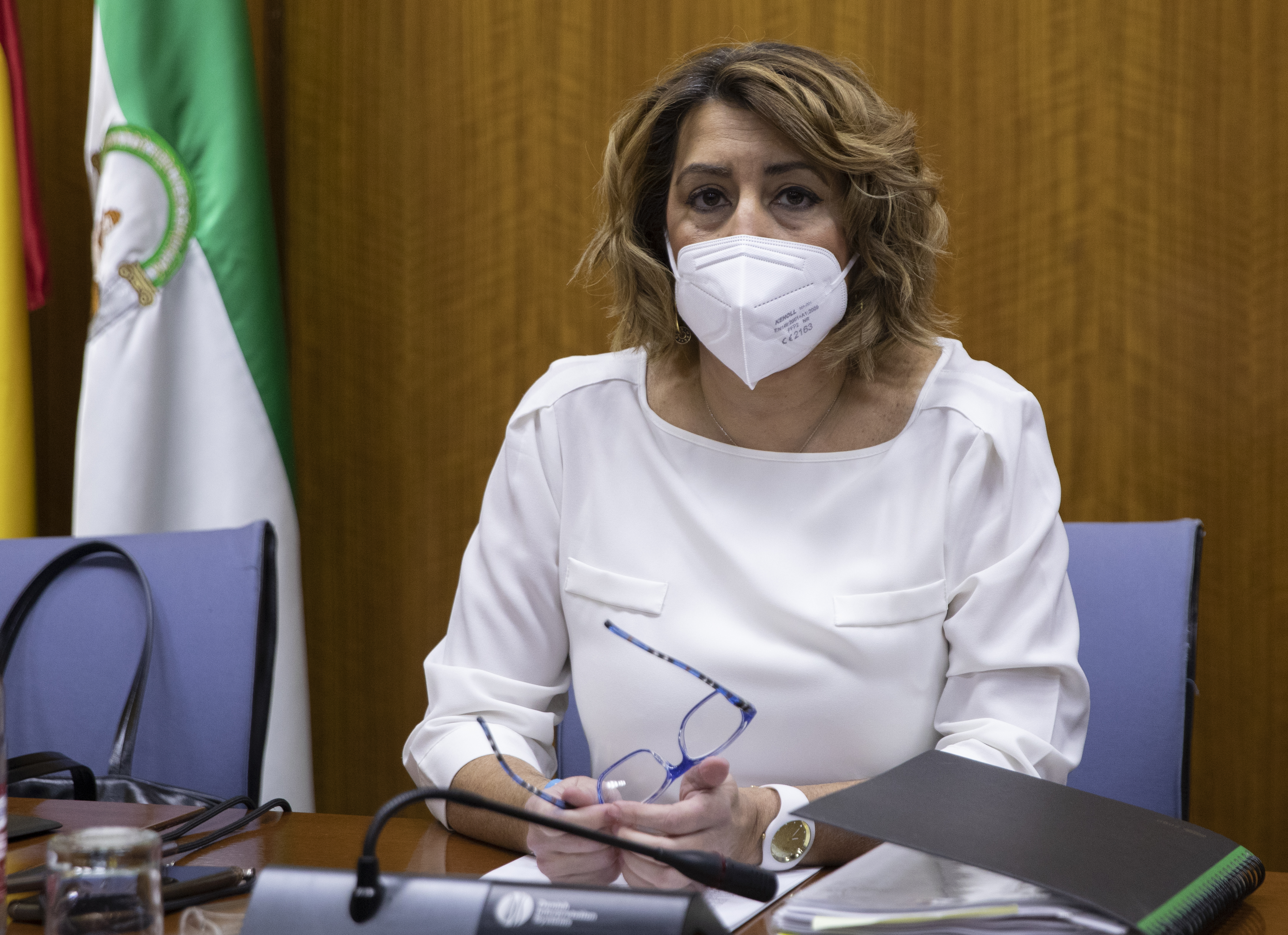 The appearance of Susana Díaz in the parliamentary commission that investigates alleged irregularities in the Andalusian Foundation for Training and Employment (Faffe) has led to the return of the former president of the Board to Parliament that she left just two months ago, when she resigned her seat. In the Chamber, Díaz has limited himself to throwing balls out. For two hours, he has eluded the president of the commission and the spokesmen of the groups. As is customary in her, she has followed a pre-established script that no deputy has managed to get out of at any time.

“I cannot contribute something that I did not experience and that was not there when I arrived. Everyone knows that the events investigated did not occur when I was in an institutional position, ”Díaz has repeated over and over again. The Faffe Foundation is undergoing a judicial investigation for alleged diversion of public funds. The managers used institutional credit cards in expenses for about 32,000 euros in 12 parties in brothels in Seville, Cádiz and Córdoba, a case that is also in court.

Díaz came to the government as a counselor to the Presidency in 2012 and a year later she was elected president of the Board. The thousand long workers of the Faffe that, after a decree to reorganize the Andalusian public sector in 2010, became dependent on the Andalusian Employment Service (SAE) generated problems of competence between civil servants and those new labor incorporations because, in the In most cases, new employees lacked public authority to perform certain administrative tasks.

The Díaz government itself recognized in 2016 that the foundation’s workers incorporated into the SAE were “charging and hand over hand.” The opposition at the time maintained that these workers agreed to a salary from the Board for their links with the PSOE, without any opposition. The dismissal was not a viable measure, because there were precedents of sentences that forced the Board to reinstate dozens of workers after considering the dismissals null and void.

See also  'If there is no agreement with the Basque Government, ACB will not be reopened'

Díaz has broken the strategy followed by other former senior officials of his Government, who refused to answer the groups’ questions, invoking their right not to testify. You have to know very little about the former president to believe, as they thought in the new leadership of the socialist parliamentary group, which would remain silent. She did not do so on any of the occasions in which she was cited for other investigation cases, such as when in 2015 she testified before the commission about alleged fraud in the training courses. “I married a stiff man,” she explained then about hiring as an administrative assistant in a hundred of her husband’s courses. In the Senate, he also appeared in the commission of investigation of the political parties, a week before the electoral campaign of the December 2018 elections began, which meant the loss of the Junta de Andalucía for the socialists. A campaign that the then PP candidate and today Andalusian president, Juan Manuel Moreno, opened at the doors of a brothel.

The summons in this commission have been accompanied by the elections. Manuel Chaves attended the eve of the general campaign in November 2019. Díaz was also summoned, but he did not pick her up. The groups of PP, CS and Vox tried to get the former president to declare the day before the last regional congress of the PSOE. And now, at the end of the legislature, the commission will begin to work on drawing up the conclusions in a clear electoral environment.

In his appearance, Díaz answered the questions with the same answer: “I was not there and they know it. I have always shown my face. I am very proud of the honesty of my government, of its exemplary management without any complaint and without any accused member ”. He has denied that his advisers had credit cards.

The spokesmen for PP, Ciudadanos and Vox have maintained that Faffe was not liquidated in 2011, because the administrative process of extinction lasted until March 2016, with Díaz as president. To the questions in this regard from Ana Vanesa García (PP), Juan de Dios Sánchez (Cs) and Ángela Mulas (Vox) he answered evasively: “I refer to what I have said.”

Díaz has turned the questions of the groups that accuse him of “nepotism” and of keeping the foundation’s workers in the Andalusian Employment Service upside down. “Moreno Bonilla is doing the same as me. I am convinced that if they remain in their job it is because there are no sentences to the contrary. ” The former president has recounted a conversation with the vice president of the Board, Juan Marín (Cs), held a week ago in which he was told that he was “proud” to have worked with his Government and affirmed that Marín had the “same information ”that she about Faffe because“ there was a liaison committee ”. For the former Andalusian president, it is the current Executive who should appear and explain what has been done after the extinction of the Faffe.

At many times it has given the impression that Díaz chaired the commission, whose head is the deputy of Cs, Enrique Moreno. “Let’s calm down, President,” he advised him when he was trying to barely put order in the exchange of words of the deputies. Díaz has thanked Moreno at times for his protection, grabbing his arm, and other times he has reproached him for not doing so.

Díaz has only been somewhat annoyed when from Ciudadanos he has been praised for testifying before the commission. “Andalusians are going to prefer a woman married to a stiff man, than a man married to an alleged plug,” said Juan de Dios Sánchez, alluding to the wife of the general secretary of the Andalusian PSOE, Juan Espadas, who was hired in the foundation by means of a contest before the end of the term of presentation of applications. In his opinion, this statement shows that they have used Parliament “to go with the PSOE.”

What was said by Díaz has not contributed anything new to the object of the commission, that is, to the knowledge of alleged irregularities of a foundation that Griñán ordered to “fumigate” when he arrived at the Board. “They have backfired,” said the former president before journalists at the end of the interrogation.