However, some Republicans have lately begun attacking her for her past work as a public defender, focusing in particular on her work defending sexual offenders. Missouri Senator Josh Hawley, who sits on the Judiciary Committee, yesterday questioned her aggressively about supposedly lenient sentences she handed down to certain child sexual offenders.

The White House condemned his line of questioning – which is based on largely debunked misrepresentations of the decisions in question – calling it an ’embarrassing, QAnon-signalling smear’ in reference to the conspiracy theory that the world is run by a cabal of cannibalistic paedophiles .

Blackburn hammers Jackson in final question period of the day

Sen Marsha Blackburn accused Ketanji Brown Jackson of being unwilling to answer questions about what defines a biological woman, which the judge previously said she would leave to doctors or biologists to define.

Ms Blackburn also questioned Ms Jackson about issues that are currently before the court system, which Ms Jackson could not answer for the reason of avoiding touching on inappropriate topics for a nominee to engage with.

In a moving moment Wednesday afternoon, Sen Alex Padilla asked Ketanji Brown Jackson about what her message to young Americans would be today, as she awaits a historic confirmation vote for her nomination to the Supreme Court.

Her answer was emotional itself, and referenced a memory from her first year at Harvard University.

“I was walking through Harvard Yard my freshman year…a Black woman I did not know was passing on the sidewalk, and she looked at me, and I guess she knew how I was feeling, and she leaned over as we crossed, and she said, ‘persevere.’ I would tell them to persevere,” she continued.

Sen Alex Padilla closed out his questioning on Wednesday by stressing how the week’s grueling hearings had revealed her ability to remain cool in high-pressure situations.

Mr Padilla highlighted both the questions from his colleagues that were uncontroversial as well as the criticism leveled by members like Josh Hawley and Ted Cruz that has itself been roundly denounced by both Democrats and even members of their own party like Mitt Romney.

“I’ve seen a number of my colleagues engage in good faith”, he said, while adding that others chose to engage in criticism that he noted “even conservative commentators have called ‘meritless to the point of demagoguery’”.

In one of the moments that diverted most wildly from the topic at hand, Sen Lindsey Graham went on a tangent on Wednesday about Janice Rogers Brown, a Black judge from Alabama who later rose to be on the California Supreme Court.

During his remarks, Mr Graham appeared to be complaining about the GOP not receiving credit for allegedly considering Ms Brown for a position on the highest court — a position for which his party never nominated her, even when given three opportunities under the Trump administration.

Sen Cory Booker launched into an impassioned defense of Ketanji Brown Jackson after a day of relentless grilling from Republicans that at times verged away from her judicial record and philosophy.

Telling the judge, “God has got you”, Mr Booker said that Ms Jackson was overwhelmingly qualified and even drew a teary response from the judge.

Sen Ben Sasse ridiculed the “jackassery” that he said occurred around the Senate on Wednesday as Ketanji Brown Jackson’s hearing continued.

Mr Sasse did not name any of his colleagues, but his own remark echoed that of Sen Pat Leahy, who directly accused Texas Sen Ted Cruz of trying to get on television by interrupting one of his Democratic counterparts and demanding that a document be added to the record during her allotted time.

“Jackassery we often see around here is partly because of people looking for short-term camera opportunities,” he told Ms Jackson while commenting about his opposition to cameras in the Supreme Court.

Republican senators continued their efforts to drag the line of questioning away from Judge Ketanji Brown Jackson’s judicial record and legal philosophy on Wednesday as day three of her confirmation hearings played out.

One of Wednesday’s examples of this phenomenon occurred when Sen Marsha Blackburn asked for Ms Jackson’s biological definition of a woman. Ms Jackson countered that she was not a biologist, and she left such questions to experts.

When Ms Blackburn pressed for her reasoning, she added: “Not in this context – I’m not a biologist…In my work as a judge what I do is I address disputes.”

Judge Ketanji Brown Jackson’s hearing erupted into another back-and-forth between Democrats and Republicans on the committee after Sen Ted Cruz interrupted Sen Mazie Hirono and demanded time to enter a letter from some of his Senate colleagues on the record.

Mr Cruz could easily have entered such a letter during his own time; it was unclear why he chose to insist on doing so during Ms Hirono’s testimony of her. The Texas senator went over on his own question time as well; as a result, the tongue-lashing he received in response was his second rebuke from Democrats of the day.

Sen Pat Leahy ended the exchange by quipping how much he knows that Mr Cruz loves “getting on television”, while adding that he and other lawmakers had waited their own turns for hours and would call for the rules of the committee to be respected.

Mr Cruz was spotted by one reported browsing reactions to the exchange on Twitter seconds after it occurred on his phone.

Sen Mitt Romney was a rare GOP voice in the chorus condemning some Republican lawmakers for their questioning of Ketanji Brown Jackson.

Apparently referring to criticism of her judicial record by Sens Josh Hawley and Ted Cruz, Mr Romney quipped to reporters: “There’s no ‘there’ there.”

“It struck me that it was off course, meaning the attacks were off course that came from some,” said Mr Romney on Tuesday.

Judge Ketanji Brown Jackson confirmed to Sen Ted Cruz on Wednesday that she would recuse herself from a case determining whether Harvard discriminated against Asian-Americans in their admissions policies.

Mr Cruz questioned Ms Jackson about general themes that the case touched on, including which situations a plaintiff could sue a school for such a reason. He also asked if she would recuse herself from the Harvard case specifically, given her de ella service on Harvard’s Board of Overseers.

“That is my plan,” she responded. 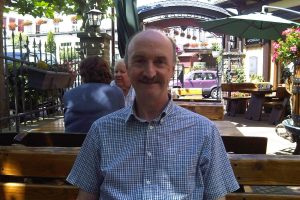 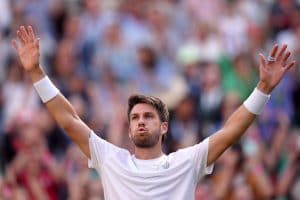