Skip to content
Home News Superscam Returns: Kalpesh Patel is back with a crypto-nightmare called Hyperverse. 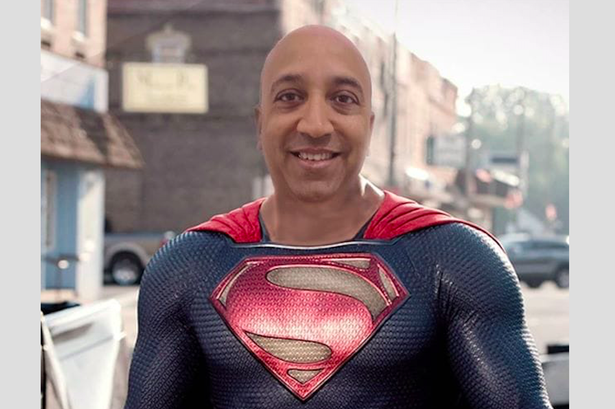 The first time I exposed Kapesh Patel was so long ago that this page was still in black and white.

Back in 2008 I told how he was flogging something called Success University, which by my count was his fourth get-rich-quick scheme.

He insisted it was an innocent network marketing company, even if the main source of income seemed to be commission for getting others to join, and warned me: “I could get nasty.”

Could? Have you ever been anything but?

I went to a Success University recruiting session in London and asked another promoter if it was a pyramid scam, at which point Patel barked: “Just say no comment”.

No comment is what I came up against when I looked into the latest load of odure that he’s shoveling, something called Hyperverse.

This spouts all sorts of tosh about a decentralized financial platform using blockchain technology to build a metaverse ecosystem with its own cryptocurrency and the prospect of “huge profits”.

Its website claims: “You can trade on the most popular decentralization platform in the metaverse, earning your exclusive cryptocurrency – Hyperverse Token.”

“There’s only one direction, to the top!” Patel gushed in an online video interview with Hyperverse founder Ryan Xu.

I first heard about Hyperverse from someone describing how a persistent friend tried to recruit him with the unlikely promise of a 300% return on his investment.

“They incentivize the recruitment of others to make more money and encourage them to re-invest their returns rather than withdraw them,” he said.

“The Hyperverse propaganda tells members not to let negative people with the wrong mindset determine them, and tries to convince them to stay in the program.

“I despair how people are brainwashed into this.”

Patel plugging Cube 7, another brilliant wheeze that sunk without trace

Now some members are reporting online that they can’t make withdrawals. I wanted to know if these reports were true, so I tried contacting Kalpesh “Inspired” Patel, as he modestly styles himself.

I also asked if he could explain if Hyperverse has any source of income apart from the money paid in by new members.

And where is it incorporated and does it have any public audited accounts. Is Hyperverse regulated by any financial authorities and, if so, which ones?

And, crucially, does the Hyperverse Token have any value at all in the real world or is it just another cryptocurrency that will turn out to be entirely worthless, with owners losing everything?

I’ve emailed his business and messaged him on Facebook with no answer. I tried calling him but his website lists an invalid number.

There was a similar silence from another high-profile promoter, Des Amey of Amey Finance Academy in London.

This claims to exist “to share with people the financial secrets of wealth” and its website carries a guide on how to join Hyperverse.

Amey, 41, is a former teacher who’s as modest as Patel, calling himself on his Facebook profile “a business mogul, business influencer & role model”.

My questions to him included how many people has he recruited to Hyperverse, how much money has he made by doing so and does he have any regrets about encouraging people to put their savings into this scheme?

I’ve left messages on his website and Facebook page, emailed and called his office answering service but he too has come over all shy.

As has Sharon James, a promoter from Wigan who I exposed in 2018 when she was pushing a supposed Bitcoin trading scheme called USI-Tech and boasting: “I earn as much as footballers”.

USI-Tech offered 35% commission for roping in other recruits, promising boasted of 140% returns in 140 days, but investors were abandoned when its website disappeared.

She also plugged the Traffic Monsoon online get-rich-quick catastrophe, bragging online of being one of the highest female earners.

This was another ponzi scheme with virtually no source of revenue other than the money paid by people who joined it.

She said of Traffic Monsoon founder Charles Scoville: “He’s just an amazing guy, he really has got our backs, so trust in the man.”

Back to the Hyperverse and yet another recruiter, Emma Smedley, who raved about Patel on Facebook: “This man is a true legend and cares for everyone in his community.”

She later posted an unintentionally hilarious rant saying that her bank had become suspicious of her income and frozen her account (thank you to the website behindMLM for spotting this gem).

“So I’m like, ‘What? Why do you need to know where my money’s come from?’, ”She wrote, saying the reply from her bank de ella was:“ Because that’s what we do, we investigate fraud.

Another post had her saying: “Just for the record I Hate Banks Blocking my transactions”.

As behindMLM amusingly put it: “Smedley’s ignorance of finance law is commendable.”

Emma Smedley doesn’t like questions about her source of income

She also posted in December from Dubai, where key promoters including Sharon James, Patel, and others gathered, calling it “a mind blowing experience to be surrounded by such beautiful souls.”

“Me and my community are so super excited about 2022 and what the future holds for us and also about how many more people we can help realize their own freedoms. If you are still sitting on the fence please get off!”

I messaged her on Facebook hoping to discuss what exactly she was so super excited about and her response was to take down her Facebook profile.

As for the various Hyperverse websites, none of these feature anything as simple as a contact email or postal address yet alone a phone number, and my attempts to get these details through its online chat all proved fruitless.

It seems that there is no one prepared to talk publicly about this supposed great opportunity, which is a pity as it would have been useful to have a chat with founder Ryan Xu and chairman Sam Lee.

Lee has been named here as the chief financial officer of the collapsed Blockchain Global and its crypto exchange ACX in Australia, with creditors said to have lodged claims of $50million. I approached administrators Pitcher Partners but they declined to comment.

Hyperverse was called Hyperfund until being rebranded late last year. Both names feature on a warning by the Financial Conduct Authority, which says: “This firm is not authorized by us and is targeting people in the UK.”

“You will not have access to the Financial Ombudsman Service or be protected by the Financial Services Compensation Scheme, so you are unlikely to get your money back if things go wrong.”

Perhaps the biggest warning sign is this: in the field for the company’s address, the FCA says: “Not known”.