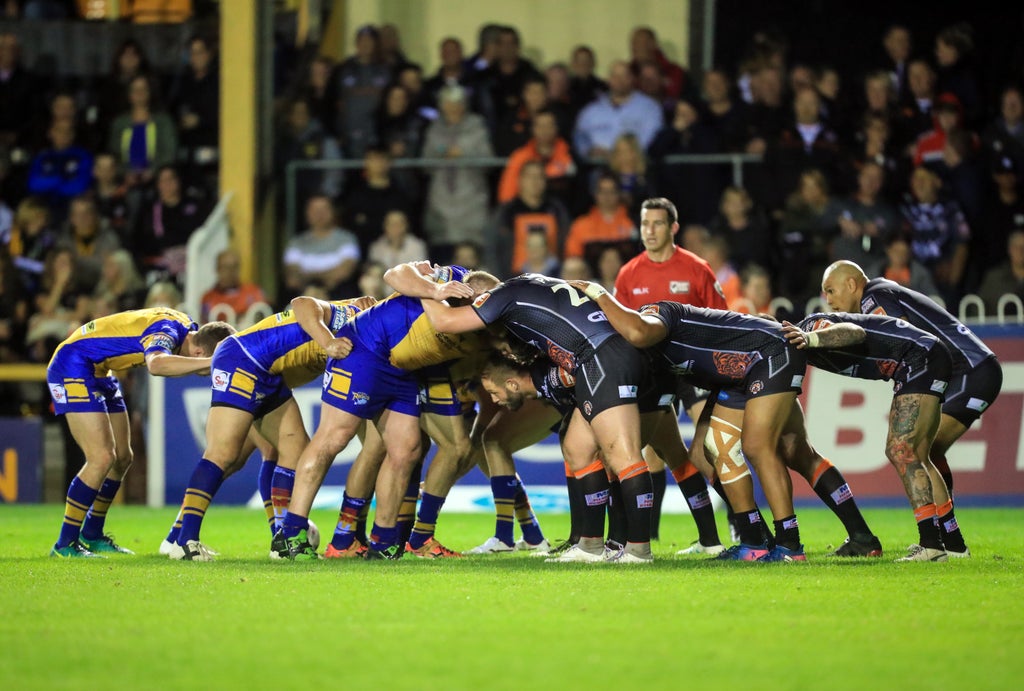 The 27th season of Super League will get under way on Thursday with a sense of normality returning to the game. We try to answer a few of the burning questions about the new campaign.

What effect will the return of scrums have on the game?

The RFL believes more fixtures would have been lost but for the decision to scrap scrums in 2020 but, as life returns to normal, it is time for them to return but do not expect them to make a big difference.

Scrums will only be awarded for infringements on tackles one to four for forward passes, knock-ons and accidental offside. The rest of the time it is a handover, including when players kick the ball into touch or are forced over the touchline, so you may be able to count the number of scrums in a match on one hand.

Coaches and players are largely in favor of their return as it gives teams more attacking options from the set-piece but, more importantly, it brings the English game into line with Australia which kept scrums going throughout, in time for the end-of- season World Cup.

Are there any other rule changes?

It is worth noting that the team with head and feed at a scrum can decide where to position it – 10 or 20 meters in from touch or in the center of the field. The default position is 20m if the captain fails to notify the referee within five seconds.

If a player breaks from the scrum early, it will result in a full penalty instead of differential one so a team can kick for goal. The team can choose to re-pack the scrum if they wish and, if a player again breaks early, he will be sent to the sin-bin.

An incorrect play-the-ball will result in a turn-over and the game has reverted to the old ball-steal rule, removing the gray area in which players dropped off the tackle just before its completion to allow the ball to be stolen. It is a penalty unless it is stolen one-on-one.

A penalty will also be awarded if the ball stolen in act of scoring a try unless one-on-one. It would have been played on in 2021.

An injured player must leave the field of play, although he can remain on the sidelines for two minutes while his team play with 12 men. The referee will show a green card with a white cross to indicate the injury.

Why will clubs have to forfeit matches if they can’t raise a team?

The RFL says it fully expects clubs to fulfill all their fixtures in 2022 so it has scrapped the points percentage which was used to determine league positions in each of the last two Covid-hit campaigns.

Under the regulation, which has been ratified by the RFL board, if a club cannot raise a team for a league match, it will be awarded to their opponents with a 48-0 scoreline. If it’s a cup tie, the other team goes through to the next round.

The exception will be if a club is shut down by the RFL’s multiple case group or Public Health England in which case the matter will go before a board sub-committee to decide whether the fixture is forfeited or rearranged.

If clubs forfeit, the case will also be referred to the RFL’s compliance department so there could be a fine and, if the club were due to play away, there will have to pay compensation to their hosts.

Clubs will be allowed to turn up for a match without a full 17 but will be expected to draw on reserves and academy teams if they have them.

Championship and League 1 clubs without back-up are being offered the flexibility to bring in additional players at short notice.

Could there be more red cards in 2022 as a result of the clampdown on high tackles?

The sentencing guidelines have been altered in a bid to offer more protection to players who are hit after they have kicked or passed the ball and there is a clampdown in particular on acts of kicking, head-butting and punching.

Referees are under instructions to show a red card for hits to the head and there have been examples already of players being charged with grade D punching offenses in pre-season.

To strengthen player welfare, the return-to-play protocol for concussion victims is being increased from seven to 11 days.