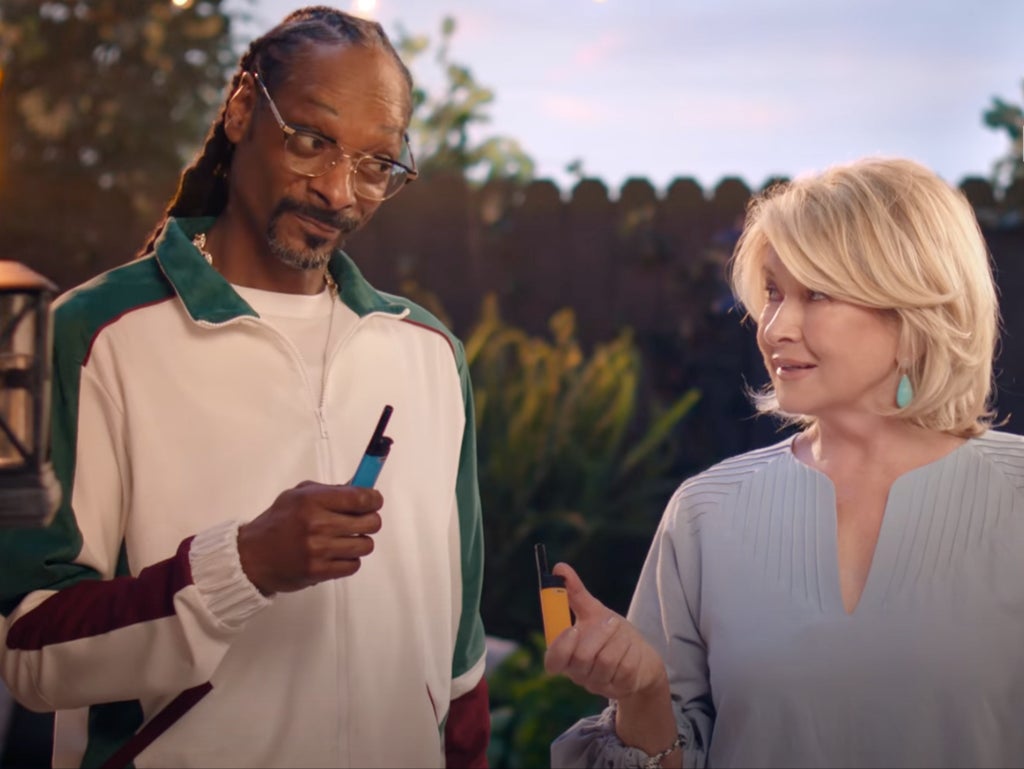 Super Bowl 2022 may still be days away, but that hasn’t stopped brands from making the most of their marketing budgets with the ads they plan to play during the big game’s uber-expensive commercial slots.

This year’s face-off between the Los Angeles Rams and the Cincinnati Bengals will take place on Sunday 13 February at SoFi Stadium in Los Angeles, California.

Despite a scheduling conflict with Valentine’s Day, Super Bowl LVI is expected to draw a large audience, partly for the sporting event and partly because of the halftime show, which will see a performance by Dr Dre, Snoop Dogg, Eminem, Mary J Blige, and Kendrick Lamar.

Ahead of the 2022 Super Bowl, brands such as Bic Lighters, Pepsi, and Chewy have already released their game day ads, which we have ranked below.

From an Uber Eats ad starring Gwyneth Paltrow to a Booking.com ad featuring Idris Elba, these are the best Super Bowl commercials so far.

Bud Light Hard Seltzer featuring the Mayor of Flavortown himself

For Guy Fieri’s first-ever Super Bowl commercial, the Food Network star stars mostly as himself, except he’s reiminaged as the mayor of the Land of Loud Flavors, in which everyone sports the same iconic bleach-blonde hairstyle.

Of the opportunity to star in the commercial, Fieri told AOL: “This is a monumental time in my life.”

Longtime friends Stewart and Snoop Dogg teamed up for the lighter company’s commercial, which sees the rapper and the celebrity chef joking about the various uses for the lighters, such as “smoking a turkey.”

“You know this Bic easy-reach lighter would be good for lighting…” Snoop Dogg states at one point, prompting Stewart to finish: “Candles? It sure is.”

After Snoop then suggests the pair try the lighter on their “favorite activity,” Stewart responds: “You mean…” before the commercial cuts to the friends roasting marshmallows over a bonfire.

The reality of having a cat as a pet for Chewy

In a commercial for Chewy, a cat purrs contentedly on her owner as she watches him order a number of treats through the Chewy app.

Once the order has been submitted, the cat thinks aloud: “Okay, now you can pet me.” After a brief stroke, however, she jumps down from her owner’s lap, thinking: “Okay that’s enough. You’re literally so annoying. Just kidding, love you.”

In a teaser clip uploaded by Uber Eats, the Goop founder takes a bite out of one of her infamous This Tastes Like My Vagina-scented candles.

“This candle tastes funny,” she says as she takes a nibble from the candle, which appears to have been delivered in her Uber Eats order, before adding: “Not bad, but funny.”

In what may be one of the creepier Super Bowl ads of the year, a “big fan” of actor Seth Rogan can be seen singing: “Oh Seth Rogan, where are you?” as he looks on at a shrine dedicated to the star and bags of Lay’s chips.

The teaser ad concludes with a black screen that asks viewers: “Big fan of Seth? Tune in on 13 February 2022.”

Quaker offers its take on the infamous beer commercials

In Quaker’s Super Bowl ad, the oatmeal brand takes a page out of the various beer commercials we see each year, with the ad noting that “in America, we celebrate the big game with big grains.”

“But there’s one grain to crack open Sunday morning,” the commercial continues as a trickle of condensation drips down the side of an oatmeal container. “Oats.”

The commercial, which then sees two jars of oatmeal slammed together in a cheers, concludes with the tagline: “Pre-grain before the big game.”

In another Uber Eats clip released ahead of the big game, Coolidge expresses her surprise at finding a lipstick in her Uber Eats delivery – before assuming it must be food and licking the purple formula.

After a few licks, thewhite lotus star proceeds to take a bite of the lipstick, before declaring the makeup “tastes like purple”.

Coolidge’s confusion continues as she finds a makeup brush in her delivery, which she also proceeds to eat.

PepsiCo, Frito-Lay, and the Mannings

In a commercial created by PepsiCo and its subsidiary Frito-Lay, brothers Peyton and Eli Manning are gearing up to watch the game with cans of Pepsi and bags of Lay’s when they are interrupted by the offer to road trip to the Super Bowl alongside Jerome Bettis , Terry Bradshaw and Victor Cruz.

In a commercial for Amazon’s Alexa, the married couple depict what life would be like if Alexa really could read minds. As expected, the skits prove why it’s better for the technology not to exist.

The comedian also features in an Uber Eats Super Bowl commercial – but rather than taking a bite out of a candle or some makeup products, Noah attempts to snack on a stick of deodorant.

In the preview clip, the actor rehearses for his role as the booking website’s newest spokesperson, only to be told by fellow spokespersons Isaiah Mustafa and Jonathan Goldsmith that he needs some work.

In the trailer for the game day ad, the rapper, who can be seen eating from a bag of Doritos, attempts to gain access to her trailer only to find the door locked. As Megan Thee Stallion looks on, the arm of what appears to be a sloth then reaches out from inside the trailer to remove the star’s name from the door, prompting her to reply: “Uh, excuse me?”

In the full commercial, released last week by Frito-Lay, the two musicians are depicted as animals, who proceed to sing a rendition of Salt-N-Pepa’s push-it after getting their hands on Flamin’ Hot Cheetos and Doritos Flamin’ Hot Cool Ranch chips.