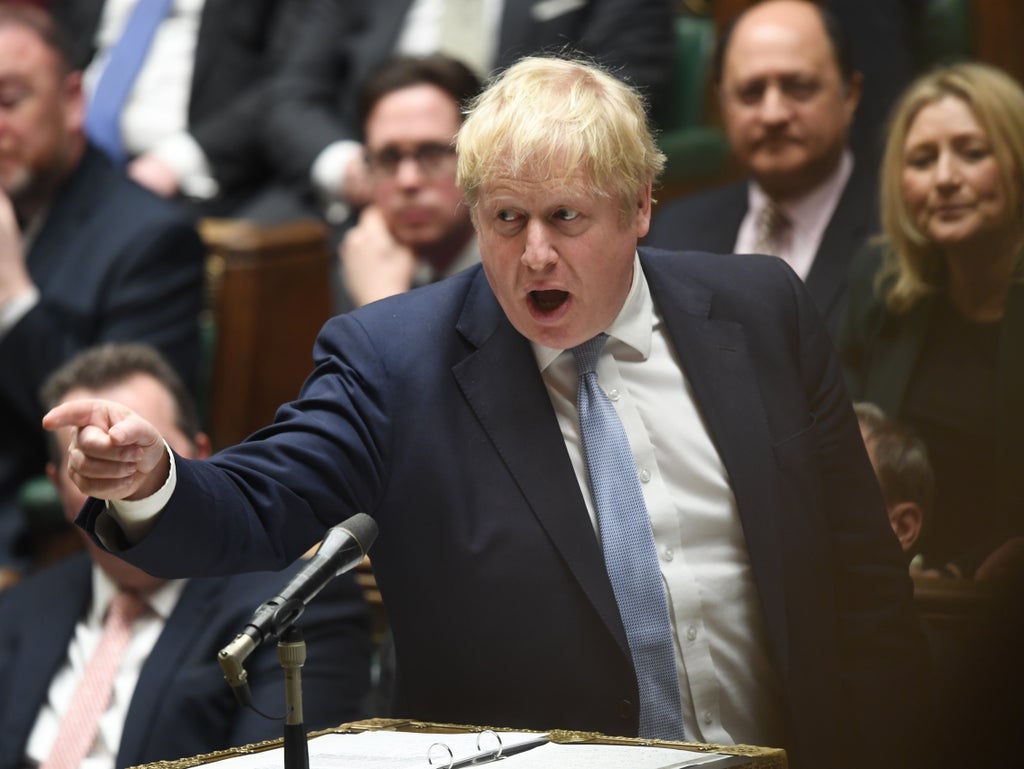 Sue Gray’s heavily censored reporting on the partygate scandal has criticized “failures of leadership and judgement” at 10 Downing Street and the Cabinet Office.

The long-awaited report was published by Downing Street this afternoon after being delivered to Boris Johnson.

The prime minister made a statement on the report in the House of Commons and was rebuked by MPs on all sides. He had a meeting with Conservative MPs tonight to discuss the party’s investigations.

Ms Gray’s report was stripped of all but “minimal” references to alleged breaches of Covid regulations at Departments No. 10 and Whitehall due to a request from the Metropolitan Police that she avoid prejudicing her own investigation. .

The report revealed that police are investigating 12 events, including a birthday celebration for Johnson and an alleged party inside his private apartment.

Commander Catherine Roper said police were reviewing a large amount of written evidence to confirm which politicians and public officials should be contacted.

Labor is calling on the chancellor to allow the National Crime Agency (NCA) to investigate “astronomical levels of fraud” which they say was committed during the coronavirus pandemic. PA reports.

The party will use an opposition day debate in the House of Commons on Tuesday to try to win government backing for an investigation after it was revealed the Treasury would write off billions of pounds of Covid loans with money earmarked for “fraudsters”.

Simon Clarke, the Treasury’s chief secretary, said on Monday he did not acknowledge reports that his department refused to allow the NCA to investigate fraud associated with the coronavirus recovery loan scheme.

But Labor said investigators should be allowed to investigate the suspected fraud and Rishi Sunak should, by the end of March, provide an update on the amount recovered.

The UK government is reaffirming its support for Ukraine with £88m in aid to the country, as Boris Johnson urged Russia to “avoid further bloodshed”.

The prime minister is due to meet Ukrainian President Volodymyr Zelenskyon on Tuesday and has committed money from the UK’s Good Governance Fund to help “support stable governance and energy independence.”

As well as supporting transparency and anti-corruption initiatives, some of the £88m announced will go towards efforts to reduce Ukraine’s dependence on Russian energy supplies.

Johnson said: “All Ukrainians have the right to determine how they are governed. As a friend and democratic partner, the UK will continue to defend Ukraine’s sovereignty against those who seek to destroy it.”

‘What more could you want in a leader?’ Jacob Rees-Mogg defends Boris Johnson

Jacob Rees-Mogg has launched a spirited defense of Boris Johnson’s leadership in the wake of Sue Gray’s 10th match report.

The prime minister called a meeting of Conservative MPs on Monday night in parliament, in a bid to head off a leadership challenge from the rebels.

Speaking to reporters outside the meeting, Rees Mogg, leader of the House of Commons, said the prime minister retained the confidence of his party.

“I have never been in a room where everyone agrees with me, but I thought the support for the prime minister was very strong,” he said.

After a busy day in Westminster, here is a recap of the main events from our lobbying team after Sue Gray finally published her report on the Downing Street lockdown parties:

Sue Gray’s long-awaited report on Downing Street parties is bad for Boris Johnson, and worse than some of his closest allies expected. writes Andrew Grice.

He revealed that 12 events are being investigated by the Metropolitan Police, including one in his apartment.

However, Gray is not as bad as it would have been without the surprise and controversial intervention of the police last week.

How newspapers cover a difficult day for Johnson

Labor will seek to pressure the government to address the cost of living crisis by asking MPs to support its proposal for a windfall profits tax on oil and gas companies. PA reports.

The party will table a motion on Tuesday in favor of the tax, which is intended to prevent energy producers from profiting too much while households face rising payments.

Labor has said removing VAT from energy bills for a year, while increasing the Warm Homes rebate to 9.3 million people, would also ease extra costs for the poorest people.

The average household would pay £200 less on their bills if the government adopted Labour’s plans, the party said.

Shadow Secretary for Climate Change Ed Miliband said: “With energy bills skyrocketing, it is only right that those who have benefited during the crisis pay their fair share.

“That is why the public is on board with Labour’s proposal for a windfall profits tax on oil and gas companies to help finance a relief package for workers.

“But this Conservative government’s clear opposition to this measure tells you exactly whose side they are on, and it is not the British people struggling with their energy bills.”

Reaction to the 1922 meeting of backbench Conservative MPs

No 10 under fire in Lords report for more than Gray

Downing Street faced criticism in the House of Lords following the publication of Sue Gray’s limited report on the partygate scandal, PA reports.

Lord Kerslake, a former Whitehall boss and independent MP, said: “Even without the details, the overall findings are absolutely damning. This goes to the heart of government. Can the government be trusted to do the right thing and tell the truth? It’s hard to think of anything more important than that.”

Former Cabinet Secretary and Civil Service Chief Lord Butler of Brockwell said: “I am deeply saddened by the portrayal of 10 Downing Street in the Sue Gray report.”

While he welcomed the proposal to create a permanent secretary position to run Number 10, he asked for assurances that it would be a permanent position with “unequivocal authority over special advisers and public officials.”

Former Tory Health Secretary Lord Lansley said: “Sue Gray’s report did not extend to the question of what the Prime Minister said to the House of Commons in relation to these events for several months.”

Pressing the leader of the Tory Lords, Baroness Evans of Bowes Park, she added: “Can you say when and by what means the Prime Minister proposes to correct the House record when he was inadvertently or misled?”

Lady Evans said: “Throughout the Prime Minister has set out his understanding of events. He has taken full responsibility, apologized and wants to make changes to address these issues and will work tirelessly to win back people’s trust.”