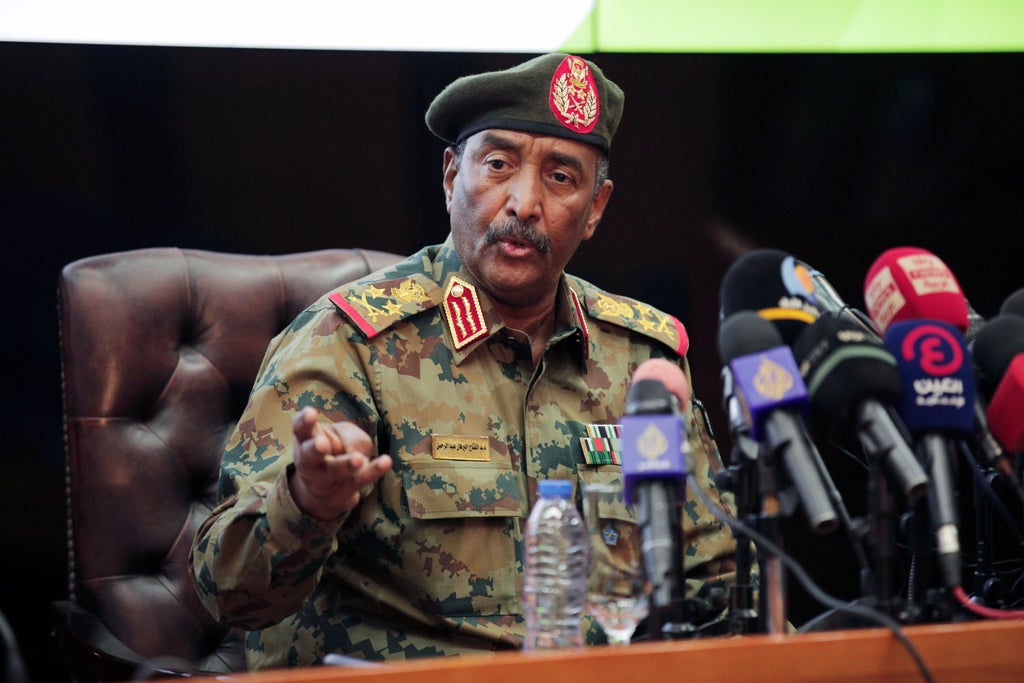 The two countries normalized relations late in 2020 as part of a series of US-brokered deals between Israel and four Arab countries. Israel and Sudan have since crafted security and intelligence relationships that have been seen officials exchange meetings repeatedly in unannounced trips.

Gen. Abdel-Fattah Burhan, head of the ruling Sovereign Council, said exchange of intelligence has enabled Sudan to dismantle and arrest suspected militant groups in Sudan that “could have undermined the security of Sudan and the region.”

Speaking in an interview with Sudan’s state-run TV aired late Saturday, Burhan said it is legitimate for Sudanese security and intelligence agencies to have ties and exchange visits with Israel.

He insisted his country’s relations with Israel are not of a political nature, saying that no senior Sudanese official has yet made a visit to Israel. He did not elaborate.

There was no immediate comment from Israel. Israel has been silent on the October military coup in Sudan, led by Burhan, and the ensuring unrest there, indicating it intends to maintain normalized ties with Sudan.

Sudan was once one of Israel’s fiercest rivals in the Arab world. It hosted the landmark Arab conference after the 1967 Mideast war at which eight Arab countries vowed never to make peace with Israel.

The Oct. 25 military takeover has upended Sudan’s transition to democratic rule after three decades of repression and international isolation under al-Bashir. The African nation has been on a fragile path to democracy since a popular uprising forced the military to remove al-Bashir and his Islamist government in April 2019.

The coup triggered near-daily street protests, plunging the country further into turmoil. Security forces launched a deadly crackdown on protesters, killing around 80 people and wounding over 2,200 others injured since the coup, according to a Sudanese medical group.

The UN, the US and other Western governments have pressured the military to end the crackdown on protesters and restore a civilian-led government to complete the country’s transition. Congress members have also called for sanctions on military leaders in Sudan.

US Assistant Secretary of State Molly Phee and the newly appointed US special envoy for the Horn of Africa visited Sudan last month and said they made clear to the generals that “the US “will consider measures to hold accountable those responsible for failure to move forward. ”

In the interview, Buran pushed back against threats of punitive measure, saying that sanctions and threats of sanctions will not help.