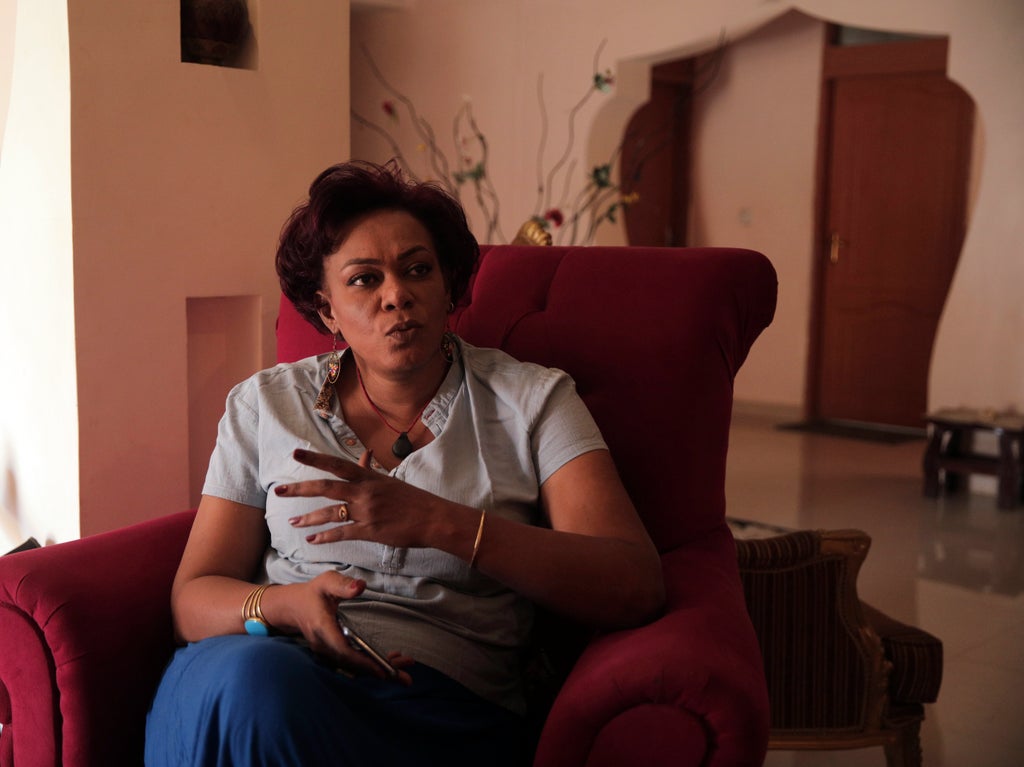 Amira Osman, a Sudanese women’s rights activist, was getting ready for bed a few minutes before midnight when about 30 policemen forced their way into her home in Khartoum last month.

The men, many in plainclothes and armed with Kalashnikov rifles, pistols and batons, banged on her bathroom door, ignoring her mother’s pleas to at least allow her to get dressed before they took her away.

“It was like they were engaging in a battle or chasing a dangerous terrorist, not a disabled woman,” said Osman’s sister, Amani, a rights lawyer.

Osman, who uses crutches since a 2017 accident, was imprisoned twice under Sudan’s former autocratic President Omar al-Bashir for violating strict Islamic laws governing women’s behavior and dress. This time, she was detained for speaking out against military rule.

With her Jan. 22 arrest, Osman joined hundreds of activists and protest leaders targeted since a military coup last October removed a transitional government from power.

The detentions have intensified in recent weeks as Sudan plunged into further turmoil with near-daily street protests, sparking fears of an all-out return to the oppressive tactics of al-Bashir. The coup ended Sudan’s transition to democratic rule after three decades of international isolation under al-Bashir, who was removed from power in 2019 after a popular uprising.

“The military delivers one message to international diplomats, that they are interested in a political dialogue and fundamental reform of the state, but then they do nothing to hide their blatant efforts to maintain the status quo and undermine efforts to unseat them,” said Cameron Hudson, a former US State Department official and Sudan expert at the Atlantic Council’s Africa Center.

Following the coup, security forces launched a deadly crackdown on protesters. They fired live ammunition and tear gas at crowds on the streets and knocked the country’s internet and mobile signal offline — all in efforts to keep people from gathering. Around 80 people, mostly young men, have been killed and over 2,200 others injured in the protests, according to a Sudanese medical group.

Sudanese security forces have also been accused of using sexual violence against women taking part in the demonstrations. The ruling, military-led Sovereign Council said a probe was launched into the allegations of rape and gang rape on Dec. 19, after the United Nations called for an investigation. It is not the first time security forces have been accused of using rape — such attacks occurred under al-Bashir and also under the military during the transitional period.

Osman’s detention drew condemnation and concern internationally. She was finally released on Sunday.

But for nearly a week after the arrest, her family didn’t know where she was held. Then, they received a phone call asking them to send clothes to a prison in Khartoum’s twin city, Omdurman, according to her sister, who also is her lawyer.

Osman said she spent the first three days in solitary confinement in “very bad and humiliating conditions.” Then another activist, Eman Mirghani, joined her in the cell. Mirghani remains in detention.

Authorities accused Osman of possession of illegal weapons and ammunition — the “five old bullets” found in her wardrobe, she said, souvenirs from the 2016 national shooting championship in which she competed.

It’s unclear who the officers are who stormed Osman’s house. During the raid, they said they were from a drug-combating force, but Amani Osman, the sister-lawyer, said she believes they were actually from the country’s feared General Intelligence Service.

Formerly known as the National Intelligence and Security Service, the agency was for decades a tool used by al-Bashir’s government to clamp down on dissent. After the coup, the military reinstated the agency’s powers, which include detaining people without informing their families. They are known to keep many of their detainees in secret prisons called “Ghost Houses.”

Gibreel Hassabu, a lawyer with the Darfur Bar Association, a legal group that focuses on human rights, said the exact number of those detained across the county is still unknown — a situation reminiscent of al-Bashir’s rule.

Hassabu says he knows of over 200 activists and protest leaders detained in the Sudanese capital alone. Many activists were taken from their homes or snatched from the streets, according to documents he provided to The Associated Press.

At least 46 activists are held in Khartoum’s Souba Prison, the documents show. Some female activists — including Amira Osman — are sent to the women’s prison in Omdurman.

The wave of arrests has expanded following the killing of a senior police officer during a Jan. 13 protest close to the presidential palace in Khartoum. The officer was stabbed to death, according to local media. Security forces raided a Khartoum hospital and arrested six, including an injured protester and women who were visiting him, accusing them of being responsible for the killing.

And on Jan. 29, paramilitary troops from the Rapid Support Forces, another security body with a reputation for brutality, grabbed Mohamed Abdel-Rahman Naqdalla, an activist and physician, from a Khartoum street, his family said.

A spokesman for the RSF did not answer requests for comment. The force is largely comprised of former militiamen and has been implicated in atrocities under al-Bashir in the the western region of Darfur. It is headed by the country’s second most powerful general, Mohammed Hamdan Dagalo, and runs its own detention centers in Khartoum and elsewhere in the country.

This week, authorities rearrested Khalid Omar, a minister in the ousted transitional government. Omar had been detained on the Oct. 25 coup and was released a month later as part of a deal between the military and civilian leaders. His party, the opposition Sudanese Congress Party, said he was taken Wednesday at the party’s headquarters.

Also arrested Wednesday was Wagdi Saleh, a member of a government-run agency tasked with dismantling the legacy of al-Bashir’s regime, according to the pro-democracy Forces of Freedom and Change alliance.

The trend has frustrated diplomats working to bring the military and civilian leaders to some sort of an agreement.