Skip to content
Home News Student, 19, who thought she had freshers’ flu was stunned to discover she actually had cancer 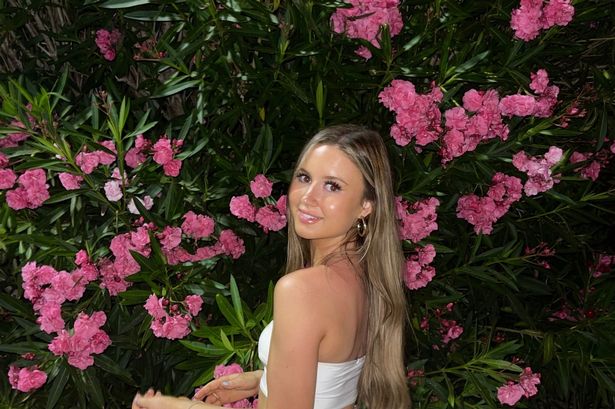 A student who thought her cough and large lump below her neck was just freshers flu was stunned to discover she actually had blood cancer.

Zara Barton, 19, said her skin started to become itchy last February but dismissed it as a stress rash from an ‘upsetting break-up’ or from boozing too much and was prescribed creams and antihistamines by doctors.

She put her persistent cough weight loss and a hard 2cm lump that appeared above her collarbone down to leading a ‘typical student lifestyle’.

However, after the hives on her body became ‘unbearable’ the fashion marketing and branding student pressed for answers and was shocked to eventually be diagnosed with stage three Hodgkin Lymphoma last November.

The student had her eggs collected to help preserve her fertility before she started chemotherapy in December, and now, halfway through her treatment, she received the good news last month that there were no signs of active cancer in her body.

The 19-year old is passionate about raising awareness of the symptoms of Hodgkin Lymphoma and urges anyone who recognizes the symptoms to visit a doctor – and to keep returning if they’re not taken seriously.

Zara, of Solihull, West Midlands, said: “I think if people recognize the symptoms, don’t hesitate to go to the doctors, even if you feel like it is nothing because I just assumed ‘it was nothing to worry about.

“It’s best to double-check and you can tell when something’s not right, even at the very start when I was getting the itching I just thought ‘this isn’t me, this doesn’t feel right.”

“So it’s important to be persistent if you still feel like something is wrong.

“I’ve had so many comments on my TikTok about people with similar experiences of going to the doctors and not really being listened to and I guess that’s because we’re young and they just think ‘they’re fit and healthy’.”

The 19-year old said that her itching started last February and she visited the doctor in May where she was prescribed medication, which she hoped would solve the issue.

However, it got progressively worse to the point where she’d scratch her skin so much it would bruise.

In addition, she experienced weight loss and lost around a stone – but thought it was due to eating less.

Zara said: “I’d itch, which would then come up in hives almost anywhere on my body – so my arms, legs, feet, anywhere really.

Zara was stunned to discover she had blood cancer
(

“It would literally drive me mad. It would be hot and was really getting unbearable.

“It was really persistent and there was nothing I could do to stop it. I had creams that I would put on but I remember sometimes I’d lie there with cold flannels and a fan just to try and make it more bearable.

“I put the itching down to multiple things. I did go through a pretty upsetting breakup in May (2021) and during that time I had a bad stress rash, so I thought maybe that had continued.

“I thought being at university with constant late nights, drinking regularly, probably not eating as well as I should – these were just lifestyle things that made me think at the time ‘ok if I was eating more healthily, getting more sleep, not going out as much then maybe this wouldn’t be happening’.”

The 19-year old had a ‘really reactive swollen gland’ on one side of her neck which would disappear and reappear again for months.

But she thought this wasn’t a cause for concern, given she’d previously had swollen glands from having tonsillitis and was at university where she assumed she’d pick up colds and illnesses.

Zara said: “When I first noticed it [the lump], I wasn’t alarmed at all. It was during freshers so I thought maybe it was a bit of freshers flu and could just be a swollen gland.

“I also noticed I had a cough which never really went away. I thought it was freshers flu. My friends all had coughs at around the same time, it was nothing really different compared to the people around me.

“I put a lot of my symptoms down to student life, especially with not being at home.

“My mum and I were saying if I was at home maybe we would have picked it up sooner but because you’re so on the go you kind of just brush these things off. It was a bit difficult to get seen by the doctors as well as they were mainly telephone consultations.

“They’re symptoms that you can so easily put down to something else and I guess I thought they were all separate issues.”

Zara said that at the start of October she found another lump above her collar bone and returned to the doctors, who she claims wasn’t concerned.

However, at the end of the month, she saw another doctor who ran several blood tests and referred her for an urgent ultrasound scan.

On November 9th, the evening of her scan, Zara received her diagnosis.

Zara said: “The doctor obviously didn’t want to have to tell me this over the phone but I’d been so persistent on finding out I couldn’t wait until the next day. He was like ‘have you heard of Lymphoma? ‘ and I was like ‘no, what is it?’ He was like ‘oh, it’s blood cancer’.

“Obviously that was just a huge shock. I just didn’t know what to expect, what that meant and what I was about to go through.

The student is raising awareness for blood cancer
(

“He was trying to explain the treatments I might have. Obviously we didn’t know everything about it yet and we still had to find out what type and stage. You think the worst I suppose.

“My scan results came back showing it was stage three. It came back and showed that it was all in my neck, chest and in my spleen.

“That was quite scary as well finding out that it had got to that point without me knowing because I felt so normal in myself otherwise.”

After she was told that there was a risk of becoming infertile after chemotherapy, the student had an operation to remove and freeze her eggs in December.

Ten days later Zara started chemotherapy at Queen Elizabeth Hospital in Birmingham and has since had seven rounds with five more to go.

She said that her itching stopped after her first session and has decided to take a year out of her studies, and will redo the year come September.

Since her diagnosis, the teen who shares informative videos about the uncommon cancer that develops in the lymphatic system, said that the support she’d received from family, friends and even strangers has been amazing.

Zara said: “My diagnosis has affected my life a lot. I was living at university with my friends and literally felt the happiest I’d ever been, so I felt like I’d gone from my highest point to my lowest really.

“I posted my story online because when I was diagnosed I was going to tell my close friends and I thought people were going to hear about it anyway and when people hear that someone’s got cancer, you don’t want them to think the worst.

“I wanted people to know that this is a treatable type of cancer and I just thought that it wasn’t something that I wanted to hide, or be embarrassed about, it’s just something that’s happened.

“So I just wanted to share my journey and be open about it. I didn’t realize that Lymphoma is the most common cancer in teenagers and young adults and considering I’ve never heard about the symptoms, I wanted to raise a bit of awareness in the process.

“I just wanted to show that you are still you as well when you are going through your treatment, you’re not defined by a diagnosis. I didn’t want anyone to feel sorry for me, I wanted people to see that I’ m still me.

“My diagnosis has put things in perspective – life’s too short, just do what makes you happy I suppose.”

Zara’s dad, Lloyd Barton, is running the Brighton Marathon this April and is fundraising for the Teenage Cancer Trust, a charity that has been supporting her throughout her treatment.

You can donate to Zara’s father’s fundraising page here