Eneko Etxeberria would not like the weight of the steering wheel that he keeps at home, the last memory of his brother José Miguel, to reach his son Oier. That steering wheel, recovered by José Miguel and Eneko’s father in 1980, when the gendarmes warned him that his son’s car had appeared in Ziburu, leads to suffering, abandonment, pain and the inability to close wounds due to not knowing what happened to José Miguel, made to disappear in the context of the dirty war of the 80s, in an action claimed by the parapolice group Batallón Vasco Español. 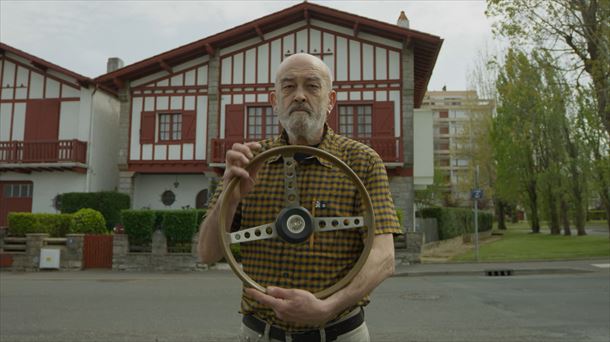 Eneko, protagonist of the documentary “History of a steering wheel”, led by Iban Toledo and Iñaki Alforja, has spent two thirds of his life fighting to end the duel, to be able to support the mourning on a solid basis. His father and mother left without knowing what happened to José Miguel, amid contradictory information and eternal silences. And you don’t want the same for your son.

The directors Iban Toledo and Iñaki Alforja accompany in this film, which has the participation of EITB, Etxeberria’s relentless fight to find rest, win over oblivion and conceal all information, and finally get to be Eneko Etxeberria, not so much “Naparra’s brother”.

We spoke with Alforja about the film, which reaches theaters after having been seen in the last edition of the Zinemaldia in San Sebastián.

What drives you to portray the struggle of the Etxeberria Álvarez family and why is the film coming at this moment?

We need to tell what we have experienced, and we need to do it not as a black and white chess, but as a great puzzle where without one of the pieces we cannot understand what happened.

You have spent a lot of time with Eneko Etxeberria, the common thread of the film. What consequences do you think the open wound of the forced disappearance of his brother has generated him and the impossibility of closing it?

An enforced disappearance is, according to the UN definition, a violation of the human rights of the person disappeared, but also of their family members.

In Eneko’s words, a disappearance is as if it never existed, but, on the other hand, it forces you emotionally to always look for it and to know what happened.

What reaction has Eneko had after watching the movie?

The common thread is the search for the family represented in Eneko, and that is why he is our protagonist. Eneko has been honest and generous in his statements. That is why it was very important to us that he and his family feel comfortable on the set.

He is very happy that, with the power transmitted by an audiovisual, his story can be told and that it is represented in the images. 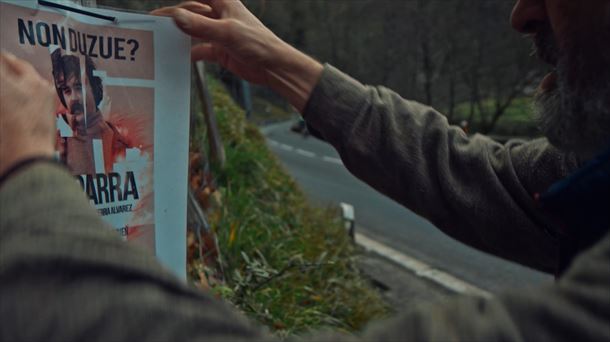 What tone did you want to give to the documentary? How do you mix the most technical testimonies about the disappearance with the emotionality of a family that sees their grief denied?

See also  Everything we know about the Joro, the US's new giant flying spider

Our documentary is not a journalistic report. We know and tell what the family has always believed, with its certainties and uncertainties.

It narrates the events from Eneko’s perspective and accompanies the family in what they have experienced in these 41 years of search.

Have you contacted Spanish and French police or judicial representatives to explain their positions on the case and its deficient investigation? What reactions have you encountered?

The search for the Etxeberria family, a “normal” family from Pamplona, ​​has led them to meet with the ETA leadership at that time, the National Court, former Cesid members … And from that family perspective, we are meeting these people who have what they know.

What do you think should happen so that the investigation into the forced disappearance of José Miguel Etxeberria is finally closed and his body found?? What hopes are there today that the steering wheel will stop passing from generation to generation?

It is a matter of political will. Now the reform of the Francoist law of official secrets is being studied, which allows never to open the documentation that exists in this case. 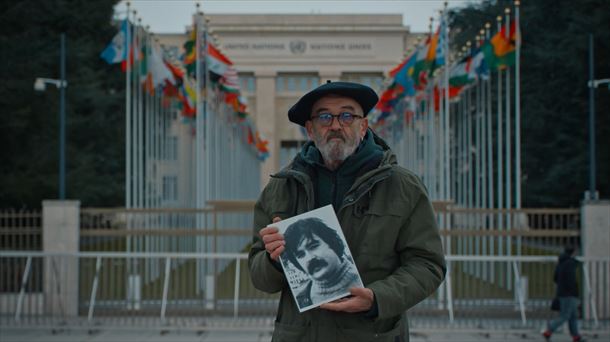 He wonders whether to do it in 25 years, in 50 years, or even never. This can not be. It cannot happen as with the documentation and history of the Civil War. This we have to know now so as not to pass it on to the next generation.

“Maixabel”, “Heltzear”, “Patria”, “Caminho longe”, “Jo ta ke”, “Non dago Mikel?”, “Son of the accordionist”… El cinema is serving as a platform for more and more works with the Basque conflict such as frame. What role do you think audiovisual creation has as a witness to our past?

The audiovisual allows to convey an emotion and a closeness to the story and the protagonists that is more difficult in other media.

Audiovisuals make it possible to hear, see and feel the people who experienced these events.

What future do you wish for the film? That you would you like it to generate?

We hope that it will shed light on this great puzzle about the story of the Basque conflict that is being built.

In the short term, we hope that it will allow this story about the forced disappearance of Jose Miguel Etxeberria not to dissolve in the fog of forgetfulness; and in the medium term that moves consciences and springs so that someone says “this family has already suffered enough” and tells what they know about what happened and where Naparra’s body is.