Skip to content
Home News Story of a delusion | Opinion 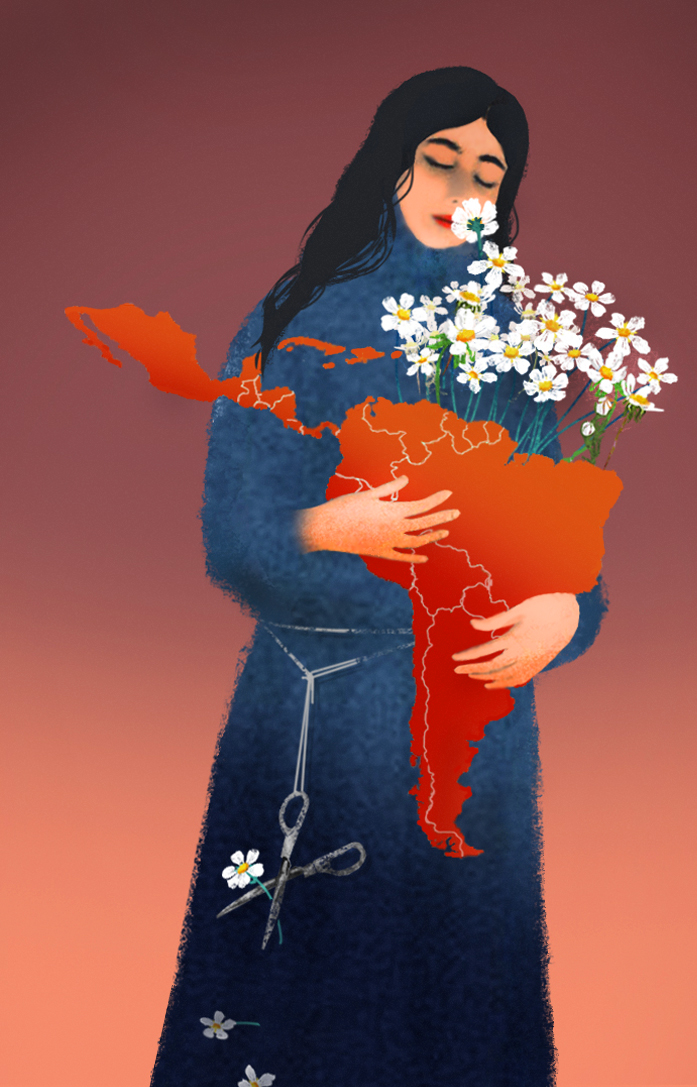 Everyone knows that a century does not last the same everywhere. In Europe, for example, the 20th century was extraordinarily short: it began in 1914, with the assassination of an archduke, and ended in 1989, when Berliners armed themselves with picks and hammers to bring down a stone wall (and many of the things, but not all, that that wall symbolized). In Latin America, where it sometimes seems that even time is counted differently, the last century began in 1898, when the United States intervened in Cuba’s war of independence, bet on the defeat of Spain and installed itself as an imperial power in the heart of the continent. Three years earlier, José Martí, a poet with a romantic spirit who decided to take up arms without knowing how to handle them, had died in the mountains of José Martí Island and died of three shots – in the chest, leg and neck – after an inexperienced maneuver. Carlos Granés, author of one of the richest and most illuminating essays I have read in a long time, says that this is how a new Latin American myth began: that of so many “poets, visionaries and utopians willing to liberate the continent, again and again, eternally.” , of the windmills that gripped it”.

american illusion, is the name of this extraordinary book, and this is the story it tells: the crazy, vibrant relationship, full of pain and euphoria and of idealism and failure, that politics and culture have had in the Latin American twentieth century. There is also another way of saying it: throughout its young history, Latin America has produced bursts of creativity that have shaken the world, but the exuberance and excess that are fertile when talking about literature or plastic arts are harmful —yes. , delirious—in the universe of politics. It is true that politicians and creators everywhere have had a more incestuous relationship than we would like to believe; but the Latin American case, as Granés explains it, is a deranged landscape in which the best intentions have coexisted with the greatest catastrophes, and in which the most sophisticated sensibility can coincide with the most murky visions: for example, Leopoldo Lugones —that inventor of metaphors that fascinated Borges—, a nationalist obsessed with the purity of the race, founder of a local fascism that blindly believed in the power of the sword and deadly enemy of liberal democracy, that foreign trick.

The inventory of these contradictions is one of the axes of the book, or one of its most profitable readings, and Granés seems to enjoy collecting these episodes. On the day of his inauguration as rector of the University of Mexico, in 1920, José de Vasconcelos invited intellectuals and artists to come out of “their ivory towers” ​​to join the progressive forces of the Mexican Revolution; at the same time, his belligerent anti-Americanism led him implausibly close to Nazism, for Hitler was, after all, America’s great enemy. Juan Domingo Perón, the defender of the shirtless and the enemy of the elites, was a sympathizer of various fascisms, an admirer of Mussolini who ended up going into exile in Francoist Spain, but Granés notes how much his ideas resembled those of Fidel at a certain point Castro. In another chapter he recalls that the reactionary dictatorship of Dr. Francia, in nineteenth-century Paraguay, closed the borders and persecuted foreigners, but in the sixties Eduardo Galeano called it “the most progressive country in Latin America” ​​for refusing to receive foreign investment. and loans from European banks. One more instance, for Granés, of the paradoxical and delirious spirit of Latin America.

But perhaps the most suggestive thing about the book, for those of us who are currently concerned with the narrative problems of the story (that is, by whom, from where, to whose detriment), is the marvelous and terrifying confusion that ensues. has been presented in my continent between those who tell the story and those who make it. It is not just about the intellectuals who have been presidents with a frequency that is not known in other latitudes. Perón used to say that political leadership is an art and the driver, an artist, and the quote causes Granés an understandable fascination, especially because of the times in which the opposite movement also occurred. “If Martí, coming from letters, believed himself capable of participating in military actions”, writes Granés, “Perón, coming from the army, believed he had artistic genius to lead the destinies of his country”. Walter Benjamin once pointed out that communism moved towards the politicization of aesthetics, while in fascism politics was aestheticized. But in Latin America, this crossing of masks—politicians behaving like artists and artists like politicians—had begun many years before.

american illusion It is a wide book: here there is room for modernist poets who adore fascism, for a political explanation of the genesis of magical realism, for a Colombian priest to become a guerrilla and die in his first skirmish, repeating without thinking the fate of Martí ; there is room for Caetano Veloso to take the influence of rock in his songs and receive immediate censorship, but not from the military dictatorship, but from the puritanical left; there is room for a special kind of populism to be born and flourish in more than one country, from Perón’s Argentina to Getúlio Vargas’s Brazil, and for that populism to continue to this day —from the left, like that of Chávez and Correa, or of the right, like that of Fujimori and Uribe—and it even infects so many European politicians, to the great concern of those who have seen in Latin America that repository of utopias that are applauded from afar but feared when they are closer.

Our ideologized and at the same time puerile present, where narcissism passes too easily for convictions, would not seem to be the best time for a book with a clear gaze like that of Carlos Granés, capable of opening its way like a knife through the distortion of the sectarianism and the nonsense of political correctness. But there is something in his unassuming erudition, in the unassuming seriousness of his purpose, in the insolent richness of his research, and in the cheekiness of his occasional humor, that should disarm any reading from intransigence or fanaticism. I hope so, because there is much to learn in this book. Interpreting that paradox with borders that is Latin America is the task that has obsessed all of us who have written about it, and american illusion it is a probe launched to the bottom of that shadow zone. It is a book about many things, all of them fascinating, and I have thought more than once, during my reading of its five hundred long pages, that I do not know if the book is enough to understand that contradictory and convulsive land, but I am sure that every effort, from now on, will be incomplete without what this book tells.

John Gabriel Vasquez he is a writer. His latest novel is look back (Alfaguara).