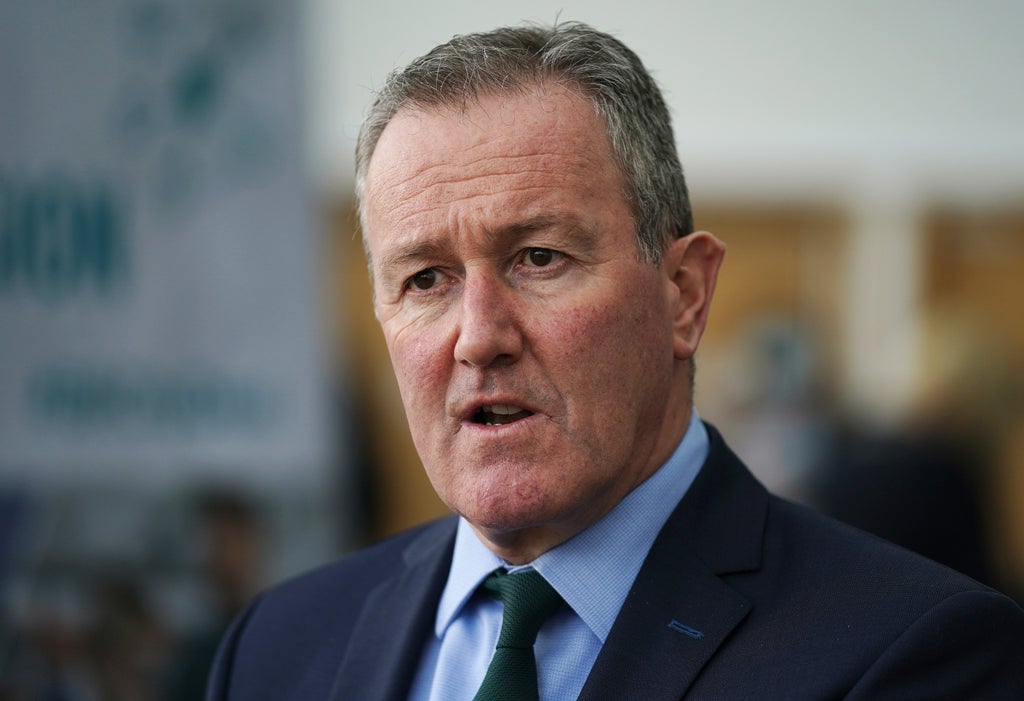 A draft three-year budget for Northern Ireland that prioritized action on the region’s spiraling health waiting lists cannot be introduced due to the powersharing crisis, the Finance Minister has announced.

Conor Murphy said more than £300 million in additional funds earmarked for the next financial year can also not be spent because of the lack of functioning executive.

Mr Murphy said a single-year budget for 2022/23 could also not be set, with departments instead operating on emergency funding arrangements until the impasse is resolved.

The minister had sought legal advice from the attorney general on whether he could bring the draft budget for 2022 to 2025 to the Assembly despite ministers having not signed off on it.

The spending plan had been out for public consultation when the DUP withdrew first minister Paul Givan from the administration as part of its protest against Brexit’s Northern Ireland Protocol.

The draft budget had proposed a 10% increase in health spending in Northern Ireland, with £21 billion earmarked for services over the next three years.

The plan would have left other departments facing some tough choices as a result of the 10% cash increase for the health budget.

While none of the other departments would have seen a reduction in their baseline allocation from the last budget, they would have been 2% down on what they would have expected to receive if extra funding were not being diverted to health.

“Since the resignation of the first minister I have considered all possible avenues that might have allowed me to proceed with a budget, including bringing it directly to the Assembly,” Mr Murphy told MLAs on Tuesday.

“Unfortunately, the legal advice is clear that the budget must be agreed by the executive.

Mr Murphy said he had decided to pause the public consultation exercise on the draft budget.

“Last week the Health Minister (Robin Swann) apologized to people on waiting lists because without a multi-year budget, the opportunity to rebuild the health service would be ‘cruelly taken away’,” he said.

“That analysis is sadly correct, although it should be the DUP apologizing for the damage it is inflicting on the health service, not Minister Swann.”

On the ability of spending hundreds of millions of carried over funds next year, Mr Murphy said: “Departments cannot plan to make use of this additional £300 million in funding.

“Instead the money will sit idle, until such times as an executive is re-established.”

Mr Murphy said he would make a £45 million in-year reallocation of Stormont funds to ensure the administration did not breach the limit of underspent cash it can carry over into the next financial year.

This money will go to the departments of communities, education and infrastructure.

“Having considered this matter at some length, and taken legal advice, I intend to proceed to make allocations to these departments,” he said.

“I have written to ministers to ask them for their views on this course of action and have made clear to them that the alternative is that funding that could be used to support local people and services might instead be lost to the Treasury.”

He urged DUP Economy Minister Gordon Lyons to prioritize the ESF match funding from within his own budget.

The draft budget had proposed a continuation of the current freeze on both the domestic and non-domestic regional rates for the next three years.

Mr Murphy said that freeze could now only be continued for one year.

“This freeze was intended to help with the rising costs being faced by families and businesses alike,” he said.

“On the basis of legal advice, I can proceed with this freeze for one year only. That means that households and businesses will not have certainty on their rates for the subsequent two years.”

Mr Murphy said he would proceed with a proposed £50 million rate relief package for businesses.

The package would deliver a three-month holiday rates for sectors hit hardest by the pandemic – retail, tourism, hospitality, leisure, childcare, newspapers and airports.

“The executive should be on the cusp of agreeing to a multi-year budget which priorities health,” Mr Murphy added.

“It should be deciding how to invest an additional £300 million next year for housing, for skills, for the police, and for ESF match funding.

“Due to the reckless actions of the DUP, this is not possible. Instead, public services will operate on an emergency basis, without the benefits of long-term planning or additional resources, until such times as the executive is re-established.”