Forecasters anticipate likes up to 80mph hitting parts of the country on Saturday.

The yellow alerts cover swathes of Scotland and Northern Ireland and the worst of the weather could cause “dangerous waves” in coastal areas.

Meteorologists say the conditions could place Scots at risk of injury or even “danger to life”.

Flood alerts have also been issued for the entirety of northern Scotland and the Ayrshire coast from Doonfoot to Barassie amid concerns high winds and Highland rainfall could cause disruption.

SP Energy Networks (SPEN), the company responsible for electricity transmission in central and southern Scotland, said traffic delays should be expected and this might cause delays for its engineers.

Power supplies and mobile phone coverage may also be affected, it said.

The company said customers should keep a battery or wind-up torch to hand and keep mobile phones fully charged.

It has also warned locals to be aware of failed power lines should any be affected by the winds blown over the North Sea.

Craig Arthur, distribution director for SPEN, said: “Due to the potential for damage to our power lines, power cuts become more likely in high winds and it’s important our customers in Scotland are fully prepared, just in case.

“Our teams of engineers are on hand 24/7 and will come out to your area as quickly as possible in the event of power outages, so the sooner we know about a power cut, the more quickly we can begin work to get electricity restored .

“You can report any power outages to us by calling the national emergency helpline on 105 – please don’t assume we already know about it.”

Speed ​​limits are being cut on east coast railway lines on Saturday by Network Rail to minimize the risk of transport services being affected by the weather.

Restrictions will be introduced on parts of the Dundee-Aberdeen, Aberdeen-Inverness, Far North, West Highland and Kyle lines from the morning into the early afternoon.

Network Rail says the restrictions should reduce the dangers presented by wild weather, including trees and debris being blown onto the tracks and damage to overhead power lines.

Liam Sumpter, Network Rail route director for Scotland, said: “The safety of our customers and colleagues is our first consideration during severe weather.

“We are monitoring the conditions very closely and have teams in place across the country ready to react quickly to any damage caused by the weather.”

Travelers are advised to check in with railway operators or the Network Rail website for updates on specific services.

Deputy First Minister John Swinney chaired a meeting of the Scottish Government Resilience Room earlier on Friday to ensure ministers are up to date on preparations.

“The east of the country, in particular, is going to see some difficult conditions, with winds reaching speeds of up to 75mph in some areas.

“There is the potential for disruption on the roads, especially on bridges, so I’m urging people to plan their journey before they set off, drive to the conditions and follow Police Scotland travel advice.”

Superintendent Simon Bradshaw, Police Scotland’s deputy head of road policing, added: “I would urge motorists to check the Met Office and Traffic Scotland websites and social media before setting out on their journey, particularly in those areas most affected by the predicted adverse weather. ” 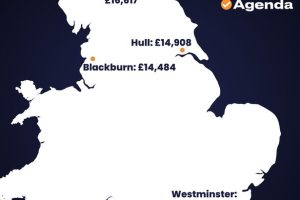