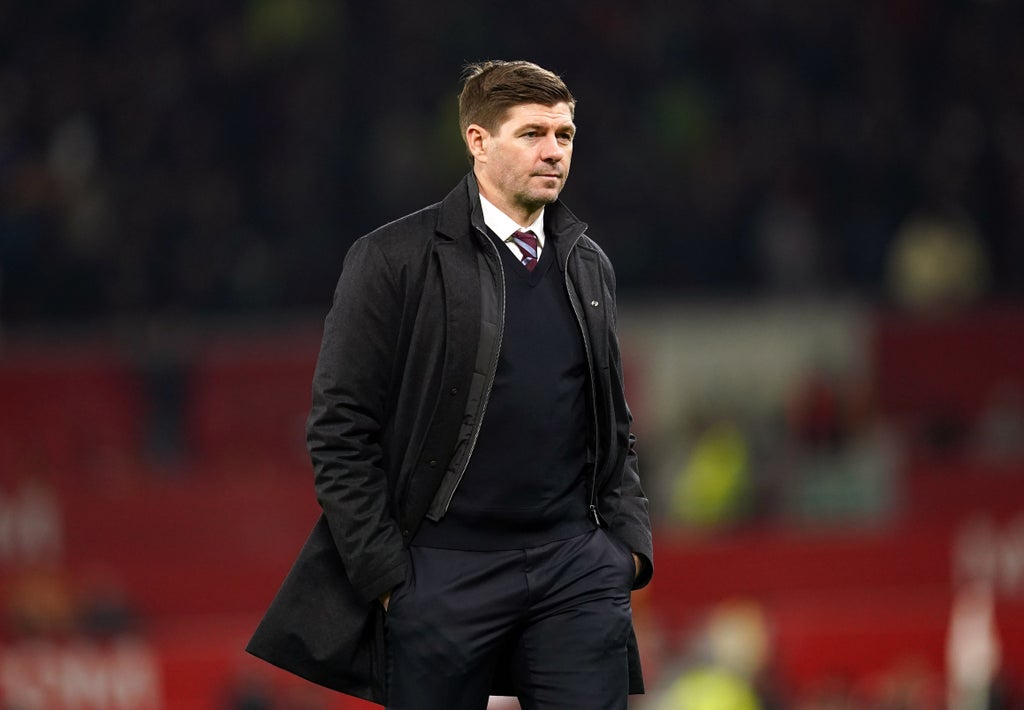 Aston Villa manager Steven Gerrard is demanding an improved performance from his players following their “complacent” display against Newcastle.

The 1-0 defeat at St James’ Park means Villa have won just one of their last seven games in all competitions and Gerrard has made no secret of his displeasure at the manner of the reverse on Tyneside.

Newcastle are now just six points behind Villa in the table and although his side are 10 points above the relegation places, Gerrard acknowledges the season could still go in the wrong direction unless results improve.

“We need to see a change in the level of performance. We all know collectively we need to raise that,” Gerrard said ahead of Saturday’s visit of struggling Watford.

“When you are around the middle of the table you’ve got to realize that the teams above you are above you for a reason and the ones behind you are fighting for every point.

“So we’ve got to make sure that we have a strong purpose and don’t become complacent, because our performance at Newcastle was a complacent performance.

“There’s no getting away from that and it’s my job to make sure that they are few and far between.

“We’re in an area of ​​the league where we have a choice. We can allow (ourselves) to be sucked in or we can push on and a good strong positive performance certainly pushes us where we want to go to.”

Gerrard has had a good reaction from his players to the loss at Newcastle, but has made it clear they are fighting for their places, even if he looks set to resist making wholesale changes against the Hornets.

See also  The fewer animals there are, the worse it is for plants | Science

“Sometimes when you perform like that you want a game as quick as you can so the week has been long enough for us to reflect and also enough time to reset a few things individually and collectively.

“I’m hoping to see that reaction on Saturday. Our fans deserve a better performance than last week. We’re well aware of the form and the run that we’re on but Saturday is a fantastic opportunity to put that right.

“I told them the easiest thing for me is to make drastic changes but I’ve also got to take into consideration what they’ve given me over the last three months.

“I’ve made it nice and clear that you have to have your individual performance and our collective performance at a certain level or individuals are going to be vulnerable for the shirt.”

Gerrard played under Watford manager Roy Hodgson both for Liverpool and England and, unsurprisingly, speaks highly of the hugely experienced 74-year-old.

“I know Roy better than most and he’s an absolute joy to work with,” Gerrard added.

“He’s a fair man and an honest man, very diligent, he puts real clarity on how he wants his teams to play.

“I really enjoyed my time (under him) at Liverpool, even though it was short, but more so with England. If I can get a small percentage of what he’s achieved in the game that’ll be very satisfying for me.”

See also  Cost of living: Labor to force Commons vote on a windfall tax on oil and gas giants