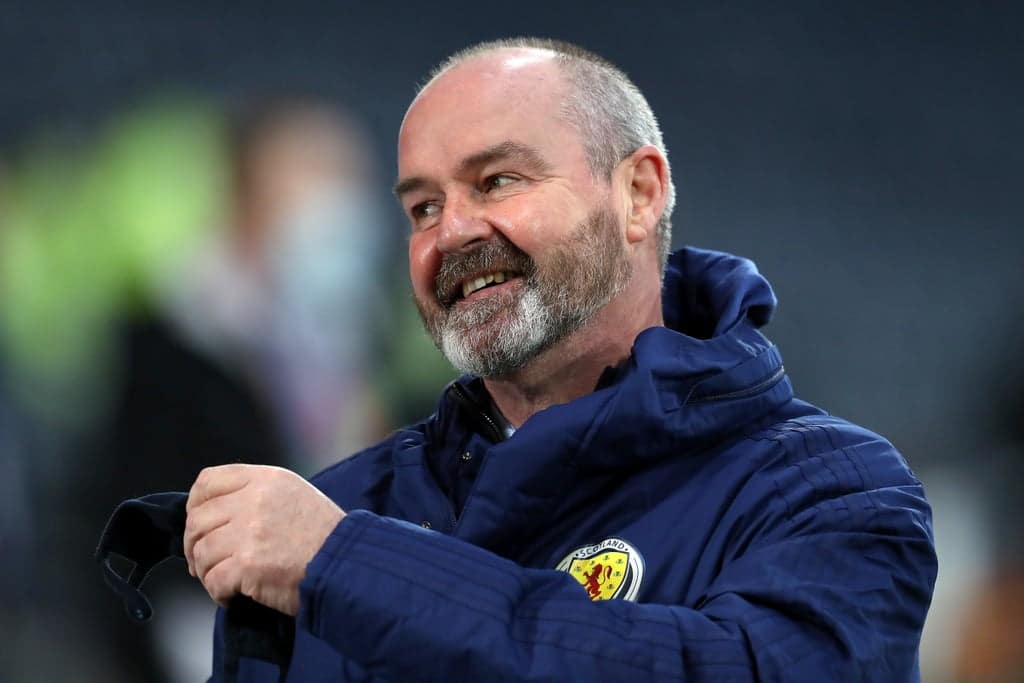 Steve Clarke has challenged Scotland to pick up where they left off at the end of 2021 as they prepare to return to action in Thursday’s friendly against Poland following more than four months without a game.

The Scots finished last year on a high as they emerged into a World Cup play-off with six consecutive victories.

Clarke acknowledges the break may have interrupted his team’s flow, but is hopeful they can start rebuilding momentum with another victory at Hampden against a Polish side preparing for their World Cup play-off final against Sweden or Czech Republic next week.

The Scots, meanwhile, will face a second friendly on Tuesday away to the losers of the play-off semi-final between Wales and Austria.

“I don’t know how Poland will approach the game because they’ve got a massive game on Tuesday,” said Clarke. “For ourselves it’s just about trying to pick up where we left off last November and try to find that feel good factor and continuity we had.

“The way we played against Denmark was good so we want to continue that. It’s nice to get the boys back after four months. It’s been a long time so it’s nice to see them. It’s nice to have a couple of good friends to look forward to.

“It’s a case of trying to pick up that momentum. If we were going into a more competitive game, there would be a different feel to it. It’s a little bit relaxed, it’s a nice sunny day, but the mood around the camp feels like it did in November and hopefully the performance on the pitch will be just as positive as it was in November.

“I know the term friendly is used but every single game when you represent your country, you want to win. This group of players have shown they want to do that and hopefully it continues in the next two games.”

Clarke has three new faces in his squad this week in the shape of Hearts defender Craig Halkett, Sunderland forward Ross Stewart and Bologna left-back Aaron Hickey. He has been impressed with the way they have settled into a tight group.

“First and foremost I tell them (the new players) they’re in the squad because they’ve impressed me so they don’t need to run around like crazy on the training pitch trying to impress me even more,” he said. “They have to come and fit in and feel part of the group, that’s a big thing.

“We’ve spent the last three years trying to build that feeling round the camp. We want the lads to come knowing they’re going to have good facilities, good training, good preparation for the matches and also a feel good factor about mingling with each other and catching up with each other again. That’s something we’ve worked hard at building and we want to keep that going.”

With captain Andy Robertson missing through Covid, it looked like Hickey might be in line to start at left-back. However, illness has rendered the 19-year-old doubtful for Thursday’s match.

“Aaron woke up feeling a bit unwell (on Wednesday) so we’ve left him out of training and will see how he is,” said Clarke. “Aaron made a really brave decision as a young man to move abroad and he’s grown up pretty quickly. He’s fitted in with the squad and comes across as a really confident guy and I look forward to seeing him on the pitch.

See also  The FBI against the 'camels' | sports

“I was always thinking with Aaron I’d just let him settle into the squad and see how he goes. We’ve got two games so it’s not a case of rushing him in. I was undecided about that one anyway (starting him against Poland) but the fact he’s a bit under the weather probably makes my mind up.”

Clarke refused to confirm who will captain the team in the absence of Robertson, with Callum McGregor, John McGinn, Scott McTominay, Grant Hanley and Craig Gordon among an array of possible contenders.

“I haven’t decided yet,” he said. “I’ve got so many candidates. I’ve got loads of captains. It’s fantastic, I love it.”