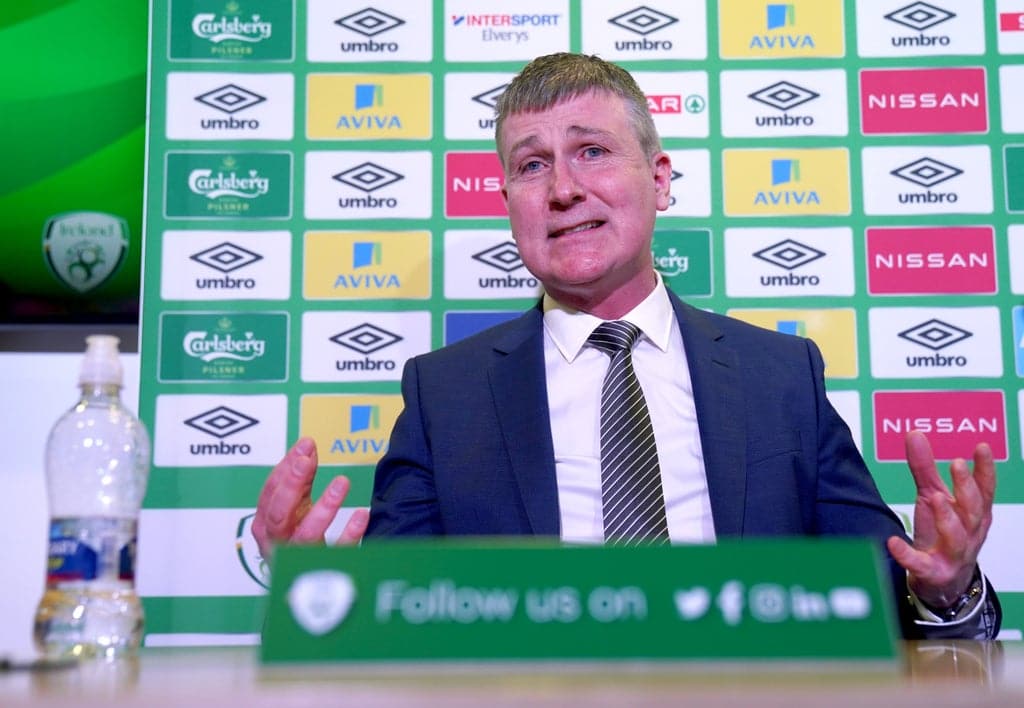 Republic of Ireland boss Stephen Kenny insists co-hosting the finals of Euro 2028 need no conflict with efforts to upgrade the nation’s football infrastructure.

A report on Monday suggested a joint UK and Ireland bid is set to be unopposed, handing the latter a second opportunity to stage games at a major tournament after ultimately being unable to do so during the delayed Euro 2020 finals as a result of Covid-19 restrictions.

The news comes amid a debate over Irish football’s infrastructure and finances, with skeptics questioning the impact a successful bid could have on funding.

However Kenny, who is preparing his team for Saturday’s friendly against Belgium, said: “It’s a valid point, that is valid. I’m not going to argue against it.

“I don’t know how much money would be involved, it’s not something I’ve focused on in any great detail. I think the Irish football public would enjoy the experience, they would want to be a part of it, but it is years away.

“Do I want all the resources to be focused on that and away from all the other aspects of football in Ireland? No, I don’t, of course not. That’s not the question.

“Can they co-exist, can we continue to grow football at all levels in the country and the league and still have Euro 2028 as a separate entity and something to look forward to in several years’ time? Possibly. That’s the way I see it.

“I know that there are programs for clubs to try to increase the infrastructure because we are way behind the rest of Europe in relation to stadium facilities.

“We are way behind in this country, we know that, but I don’t think that it is necessarily conflicting with hosting Euro 28.”

In the meantime, Kenny will concentrate on Saturday’s game and the friendly clash with Lithuania which follows three days later, the double-header representing his only opportunity to prepare for June’s Nations League campaign – which has been plunged into uncertainty by events in Ukraine, one of Ireland’s opponents.

Belgium will arrive in Dublin ranked number one in the world by Fifa, although without many of their superstars after boss Roberto Martinez chose to select only players with fewer than 50 caps.

However, with Blackburn defender Darragh Lenihan having been added to a casualty list which already included Adam Idah, Andrew Omobamidele, Enda Stevens and Callum O’Dowda after a scan on the groin problem with which he reported revealed a tear, Kenny knows the Belgians will still field a formidable team.

He said: “All of their players are from top teams in the European leagues. [Romelu] Lukaku isn’t fit, so they have a choice, [Michy] Batshuayi, [Divock] Origin or [Christian] Benteke as their first number nine – and only one of them will play.

“They’ve got that right throughout the team. [Dedryck] Boyata would come in at the back, but he’s not a young player, he’s 31, and Jason Denayer… those players will come in and they’ve already played in major tournaments.

“They have a formidable team, a world number one team and a formidable strength in depth, and we’re aware of that.”