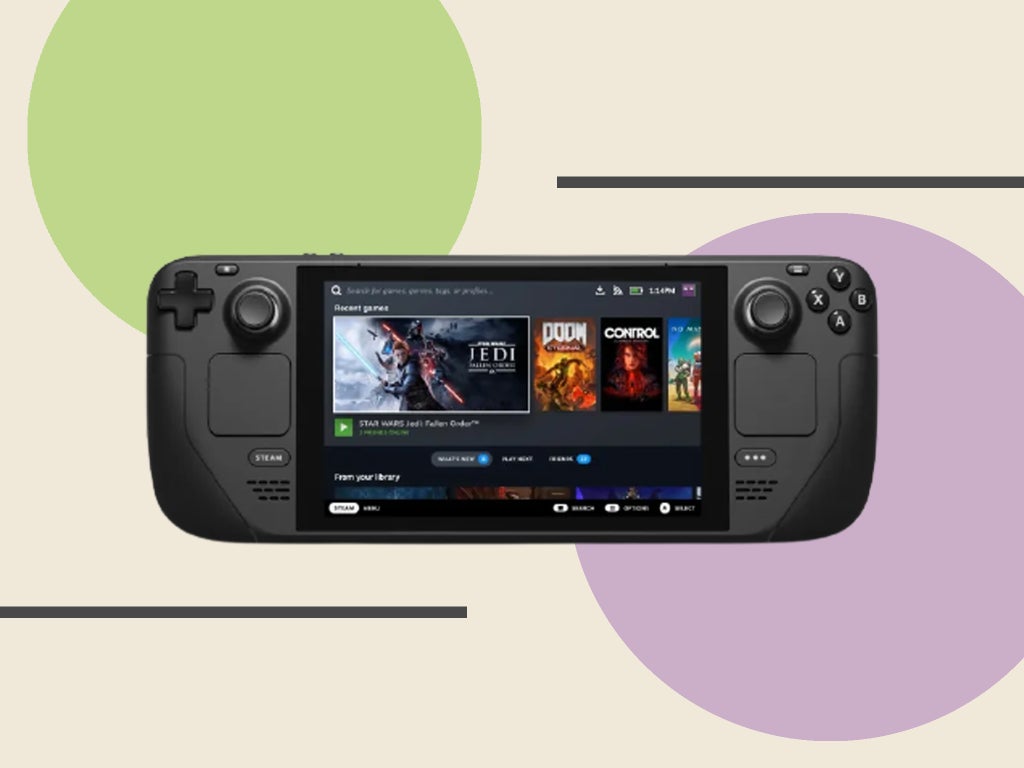 Valve’s long-awaited Steam Deck console officially launched on 25 February. In a recent blog post, the publisher confirmed plans to send out the first batch of its handheld gaming PCs to existing reservation holders, with further batches being released on a weekly basis.

In our full review, our writer described Valve’s new console as “nothing short of revolutionary for PC gaming”. Adding that “it allows players to take their games library with them wherever they go, offering powerful, desktop-level performance and a streamlined, console-like experience in a portable form factor.”

Originally announced in July 2021, the portable device – which is powered by Valve’s games platform, Steam – features Nintendo Switch-style analogue controls surrounding a handheld HD display, on which users can access their existing library of PC games.

Since launching in 2003, Steam has grown to dominate digital sales of PC games with an estimated 100-million monthly active users. Joining the Valve Index VR headset, Steam Machine and Steam Controller, the Steam Deck is the publisher’s most ambitious push into the gaming hardware market yet. Which would explain why the console quickly sold out, when pre-orders opened shortly after it was announced.

While new reservations can be made on the Steam Deck website – so long as you’re willing to put down a small reservation fee – for now, Valve is focusing on getting the console into the hands of those who paid back in 2021. And there are plans for the handheld to go on general sale once its pre-order obligations have been fulfilled.

See also  Anthony Bridgerton gets his Colin Firth moment in the new season... and we love it

The Steam Deck launched on 25 February and the console began shipping on 28 February, meaning it will finally reach the hands of players in March.

Production of the console was delayed for much the same reason it’s been impossible to get hold of a PS5 or Xbox series X lately. Global supply-chain problems have created bottlenecks in the manufacturing process of pretty much everything with a microchip in it.

But rather than sitting on its hands, Valve has spent the extra few months encouraging more PC game developers to adapt their existing titles to play nicely with the Steam Deck hardware. For those not in the know, the handheld runs on a variant of the open-source Linux operating system, meaning not every game in Valve’s enormous library will work on Steam Deck without a few tweaks.

To guide players towards the titles that work seamlessly on the new hardware – and pressure games developers to update their software – Valve has launched a new rating system, ranking each game as “verified”, “playable” or “unsupported” based on how compatible it is with Steam Deck.

How much does the Steam Deck cost?

There are three versions of the Steam Deck available to order, each with different storage capacities, prices and a few exclusive extras.

When is the Steam Deck release date?

The Steam Deck launched on 25 February, with the first consoles shipping on 28 February. Originally planned to ship in late 2021, a bottleneck in the manufacturing process forced Valve to delay the console’s launch by a few months.

Valve is aiming to fulfill all of its pre-order reservations before the Steam Deck goes on general sale. So, unless you’ve registered your interest and paid your deposit, you’re unlikely to be able to pick one up until April at the earliest.

The advertised release date for the Steam Deck on the device’s product page is “after Q2 2022”, which covers the period between 1 January and 21 March.

What are the Steam Deck specs?

Valve revealed the Steam Deck’s specifications back in July 2021. The console’s architecture is built around AMD components and is powered by the chipmaker’s Zen 2 CPU and RDNA 2 GPU. We reckon it’s a decently powerful handheld machine – not quite on par with next-generation games consoles, but more than capable of AAA gaming at 720p resolutions.

Here are the complete specs, which can be found over at the official Steam Deck site.

Can’t wait to play? Discover the best Nintendo Switch games for every type of player