Skip to content
Home News Starmer: PM needs to ‘get his house in order on dirty Russian cash’ 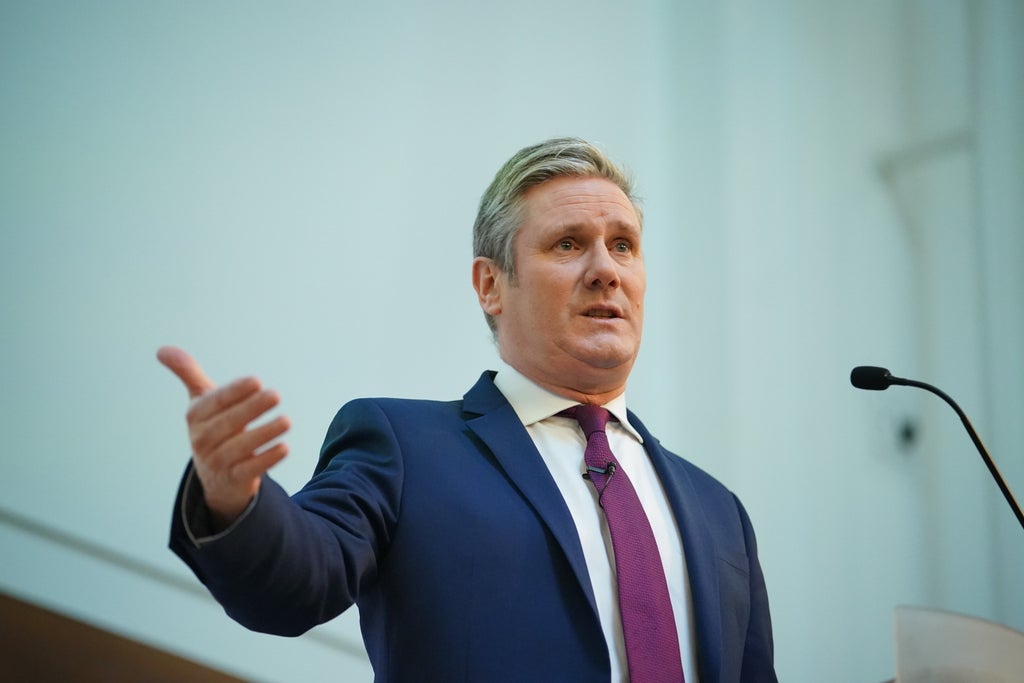 The Government needs to “get its house in order” if it is serious about tackling “dirty money” from Russia coming into the UK, Keir Starmer has said.

The Labor leader also called for the Government to “go now and go hard” with sanctions against Russia, as he said the Prime Minister should return all “Russian-linked” donations to the Conservative party over the last 10 years.

It comes after Foreign Secretary Liz Truss said UK sanctions if Moscow invades Ukraine would be severe in targeting “oligarchs” and “companies across Russia”.

Sir Keir said Labor “stands united” with the Government against Russian aggression, but also said: “For a decade, the Tories have not just failed to challenge Russian influence – they have enabled it.”

He added: “If Boris Johnson is now serious about tackling Russian dirty money and influence, he should immediately get his own house in order.

“That means returning the millions of pounds of Russian-linked cash that has been donated to the Tories and their MPs since he became Prime Minister, and reversing his plans to allow unlimited donations from abroad.”

Sir Keir also called for the Government to take other steps to limit the spread of corrupt cash, including reforming Companies House, creating a register of overseas entities and a register of foreign agents, and bringing forward new counter-espionage laws.

In an interview with Channel 4 News, Sir Keir added: “We should go now and hard with the sanctions.

Conservative MPs were also critical of what they have perceived to be a lack of action on honing in on Russian money being invested in the UK.

Bob Seely, a member of the Commons Foreign Affairs Committee (FAC), said Britain was “a decade behind the times” on the threat posed by Russian financial influence.

The Isle of Wight MP told the PA news agency: “On Russia, we have known about this problem for years.

“We need to be wiser about how the Putin regime acts and the potential threat to our institutions and values, and how we can protect them against a potential tsunami of questionable money.”

Mr Seely also said any legislation should be widely targeted enough to incorporate the growing threat posed by China.

FAC chairman Tom Tugendhat said it was time to clean out money from British politics that had originated in Russia.

There was a cross-party agreement that the changes being proposed in the Government’s economic crime legislation had been needed well before the crisis with Ukraine developed.

Senior Labor MP Chris Bryant, who is also a FAC member, told PA: “This should have been in place before this whole saga, not after.

“Talk about the horse having bolted.”

Mr Bryant said warnings about Russian money had come from the Foreign Affairs Committee in 2018 with its Moscow’s Gold report, as well as 2020’s Intelligence and Security Committee report on Russian influence in Britain’s democracy.

He added: “It is like the Prime Minister has finally woken up to contraception the day after conception.”

But the Prime Minister, speaking after a Cobra meeting about Ukraine and Russia border tensions, defended the UK’s record on tackling Russian monetary influence at home.

He told broadcasters: “I don’t think that it’s fair to say the UK hasn’t done a huge amount on dirty money, whether it’s from Russia or anywhere else.”

Mr Johnson added: “What we want to do is strengthen now the package that we have, strengthen the measures we have against potential ill-gotten Russian money, whether here or anywhere for… which we have responsibility, with new measures that will hit the companies and concerns that I’ve talked about.

He signaled that the Bill would be brought forward in the next Queen’s Speech.