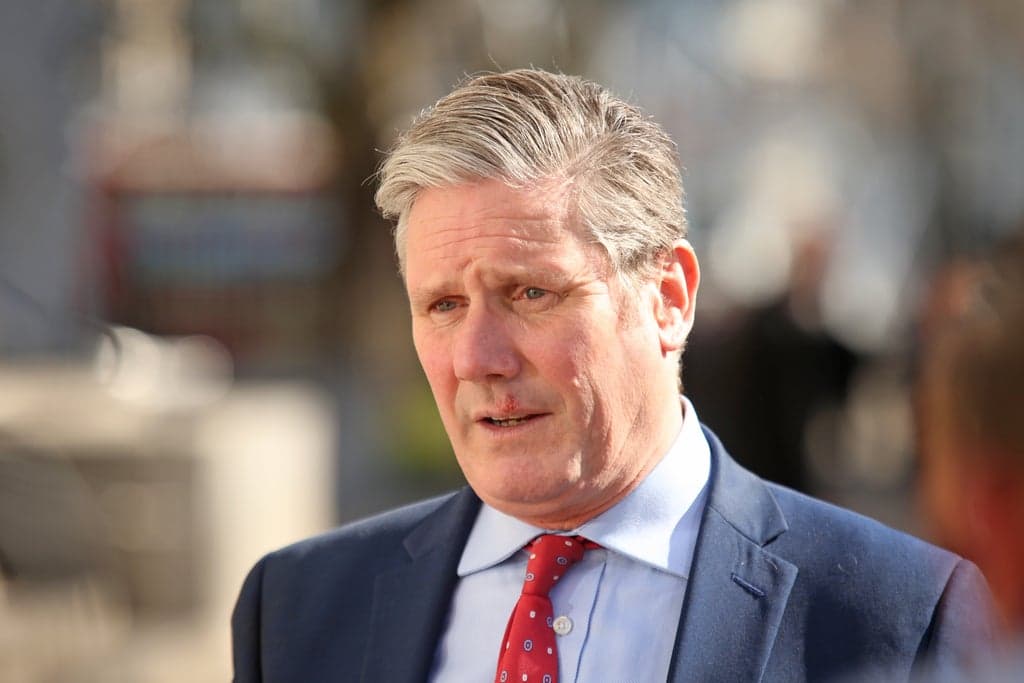 Sir Keir Starmer has called on the Government to go “ramp up” sanctions on Russia to “cripple” its ability to function as a country.

“Everybody understands why every step has to be taken to prevent this escalating into a direct Nato-on-Russia conflict,” he told BBC Radio 4’s The World at One.

“What we need to do is to continue to provide that level of support, continue to support the Ukrainians, and ramp up those sanctions which need to go beyond just isolating Russia.

“They have to cripple their ability to function.”

Sir Keir said Labor had changed “profoundly” since he took over from Jeremy Corbyn following their crushing defeat by the Tories in the 2019 general election.

He said that, unlike the party under his predecessor, it now supported Britain’s membership of Nato and the Trident nuclear deterrent.

He refused however to be drawn from the circumstances in which he would authorize the use of the land if he became prime minister.

“The Labor Party has changed profoundly in the last two years. Our support for Nato is unshakeable,” he said.

“What I don’t think any person who wants to be prime minister should ever do is start discussing the sorts of circumstances in which the deterrent would be used.”

Prior to the invasion of Ukraine, Sir Keir repeatedly called on Boris Johnson to resign over the disclosures of lockdown parties in Downing Street in apparent breach of Covid rules in place at the time.

The Labor leader said he had not changed his view that Mr Johnson had – by breaking the rules he set for others – lost the “moral authority” to lead the country.

However, he said that at a time of international crisis, it was right that he should focus on the situation in Ukraine and not allow President Putin to see political divisions in the UK.

“My view of the Prime Minister hasn’t changed. I called for him to resign because he had fundamentally broken the trust of the British people. I have lost the moral authority to lead,” he said.

“In the middle of a crisis such as Ukraine, most people would expect the leader of the opposition to focus on what is happening in Ukraine.

“I took the very clear decision that the right thing to do was to support Ukraine, to call out the Russian aggression, stand united with our Nato allies and not allow Putin to see the political parties back here in the United Kingdom divided on this issue .”

Sir Keir reaffirmed his decision shortly before the invasion to order 11 Labor MPs who signed a Stop The War campaign statement critical of Nato to withdraw their names.

“There is no place for the false equivalence between Russian aggression and the actions of Nato in the Labor Party that I lead. I made that absolutely clear in this conflict,” he said.

He refused to say whether he would like to see the MPs concerned – including leftwingers Diane Abbott and John McDonnell – stand down at the next election, although he pointed out they would have to go through a selection process if they were to run again.

“They are Labor MPs, of course I support them. But all of our MPs will go through a selection process at the next election,” he said.