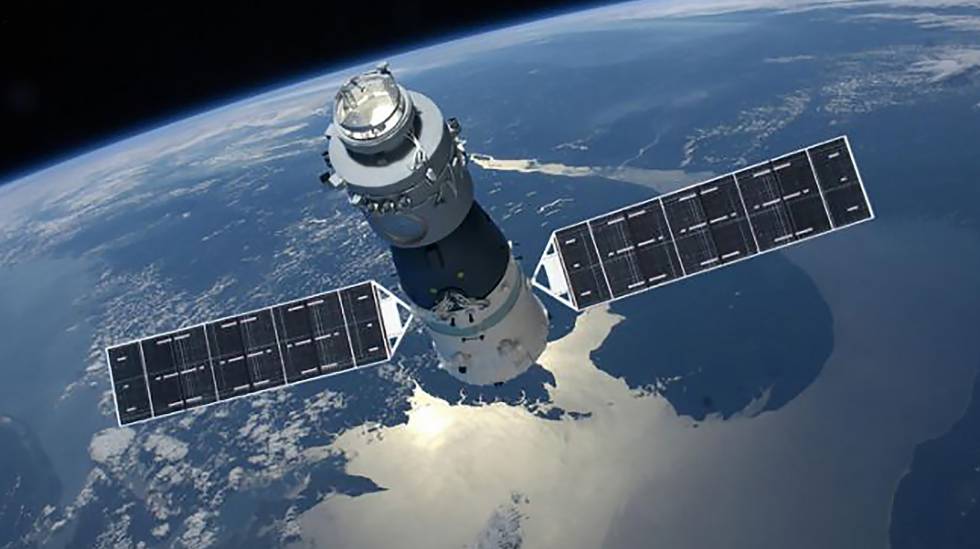 China has issued a formal complaint against the United States to the United Nations for the alleged accident that was about to occur between two satellites launched by SpaceX’s Starlink program, which belongs to tycoon Elon Musk, and the space station of the Asian giant, Tiangong. China on Tuesday criticized the United States for constituting a “serious threat” by putting the safety of its astronauts at risk, and has asked it to act more responsibly. After the accusations, Chinese social networks have been taught with Elon Musk.

China filed a formal complaint with the United Nations Office for Outer Space Affairs on December 3, in which it assures that on July 1 and October 21 two Starlink satellites – the project with which the richest man in the world Earth plans to offer internet to almost the entire planet – they came close to colliding with the Chinese space station Tiangong, which is still under construction but already has three Chinese astronauts. The incident has not yet been independently verified by the UN space agency, and Musk’s company has made no statements about it.

“For security reasons, the Chinese Space Station was forced to carry out a series of preventive maneuvers to avoid collisions,” says Beijing. According to the Asian country, on both occasions, the Starlink satellites (numbered 1095 and 2305, respectively) entered the orbit of the Chinese space station, forcing its operators to change course in order to prevent an accident. . In the document published this Tuesday on the official website of the international agency based in Vienna, China also asks the UN Secretary General, Antonio Guterres, “to distribute the information provided to all the States that are party to the Space Treaty. Exterior”.

Some experts believe that a collision could completely demolish the space station of the Asian giant, whose name in Spanish translates literally to “Celestial Palace.” China began construction of the Tiangong in April 2021 and it is expected to be completed by the end of 2022.

At the Chinese Foreign Ministry’s daily press conference, spokesman Zhao Lijian reproached the US for “failing to comply with its international obligations in space” and added that the US nation constitutes “a threat to the life and safety of astronauts. Chinese ”.

Scientists have for years been expressing concern about the risks of collisions in space and asking governments to share more information about the roughly 30,000 satellites and other space debris that orbit the Earth. Proof of the enormous problem that this entails is that on December 3, NASA came to suspend a spacewalk to replace a damaged antenna on the International Space Station, after receiving an alert for the presence of remains of old satellites on the station’s route. .

Jonathan McDowell of the Harvard-Smithsonian Center for Astrophysics says in an interview with The Guardian that these types of maneuvers to reduce the risk of collision in space are becoming more frequent due to the number and frequency with which satellite launches are being carried out. He adds that Starlink is one of the major contributors to all that space junk (it has permission from the US authorities to launch 12,000 satellites, of which it is estimated that it has already sent around 1,900), as is China: Chinese don’t exactly have a clean record. The most debris was launched into space during the 2007 Chinese Army anti-satellite test. “

True to custom when it is reported that an international company has gone against the interests of the Asian giant, Musk and his companies have not been slow to be the target of a barrage of criticism on Chinese social networks. On the Weibo platform –similar to Twitter, and in which Beijing has tight control to promote a debate with which to cement the official message–, a proposal to boycott the billionaire’s signatures already has more than 90 million views: “ How ironic it is that the Chinese buy Tesla, helping Musk amass huge amounts of money to launch Starlink and then (almost) crash it into the Chinese space station. “

“Starlink’s risks are gradually being exposed; The entire human race will pay for their commercial activities ”, alerts Chen Huaiying in this social network. Zi Gei, for his part, writes: “Its intrusion into outer space is like the deployment of THAAD in South Korea. The influence of SpaceX will drag Tesla into the abyss. ” China accounts for around 30% of Tesla’s sales and, despite the company’s recent scandals – the most notorious, the viral protest by the Chinese owner of an electric vehicle of the brand after suffering an accident – Elon Musk enjoys reputable in the country.