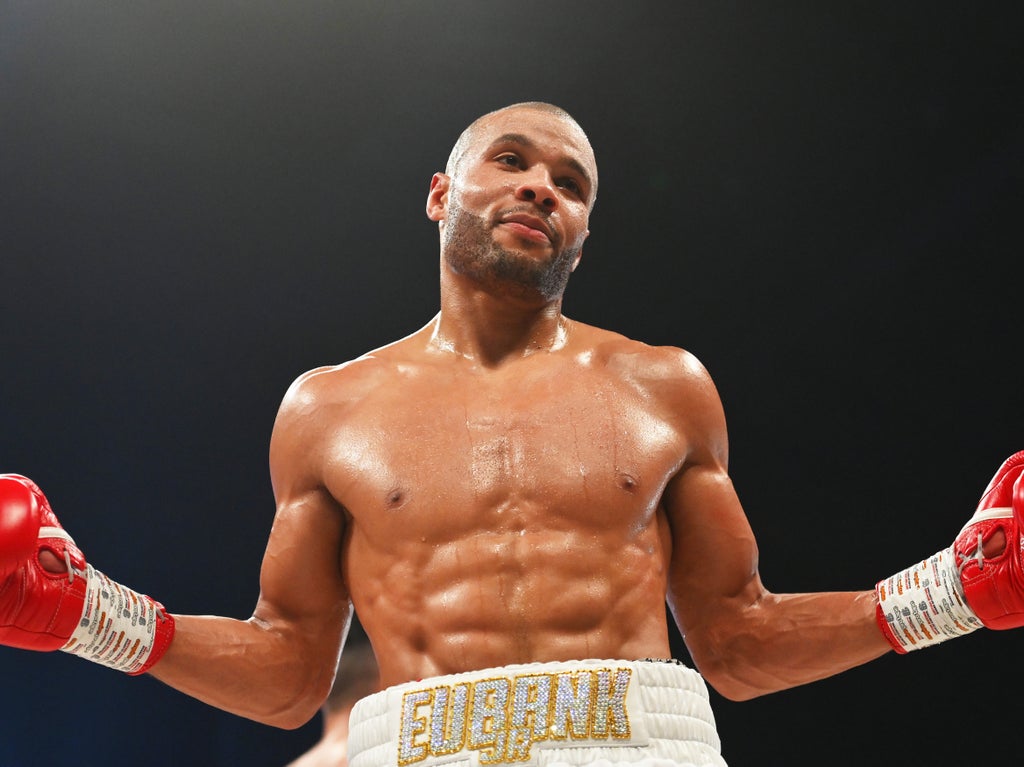 From its defiant beginnings in Brighton, shirking the weight of his surname in ferocious sparring sessions, to the unforgiving gyms of Las Vegas and the solitude on a farm in rural Florida, doubt has always saddled Chris Eubank Jr’s career. After all, inheritance in boxing can be a gift and a curse, evoking memories and offering a lucrative rite of passage, only for its path to be littered with far more scrutiny.

Now well over a decade into his professional career, that Eubank Jr remains a headline attraction is the best evidence that his talent has always been more than just a birthright. And yet, for all his bravery and showmanship from him – two traits very much passed down the line, minus the monocle and jodhpurs – the 32-year-old still remains somewhat of an enigma.

The momentum of his best victory to date, over a fading James DeGale in February 2019, was petered out by the pandemic, and the shortcomings of Eubank’s losses against Billy Joe Saunders and George Groves remain unrefuted. He has bounced between promoters and jostled in vain for a spot in the queue to fight either Canelo Alvarez or Gennady Golovkin. And so when he faces Wales’s Liam Williams on Saturday night, in what promises to be a hostile atmosphere in Cardiff, it feels like a defining night in what is likely to be the final act of his career, that will either reveal his full potential or condemn it to an illusion.

Few are as acutely aware of that fact as Eubank and, although his ego remains firmly intact, it is now more posturing than outright arrogance. As a breakthrough star, much was made of his apparent unwillingness to listen to – or even properly respect – his trainer, Ronnie Davies, while Eubank Sr paraded in the limelight without offering much wisdom in the corner. As a result, his style was a storm of aggression, a barrage of punches capable of blowing away lesser opponents, and often in spectacular fashion. But when set against more refined Olympians, who’d spent hundreds of hours honing their technique, Eubank was made to look crude and clumsy.

Humbled enough to see the error in those ways, he has now spent the past two years training under Roy Jones Jr, one of boxing’s true artists. After the pandemic hit, he relocated to Jones’s farm outside Pensacola so as not to disrupt their training, determined to squeeze everything out of what remains of his career. “I didn’t have to do this but if I wanted to learn from the master I had to be there,” Eubank said. “Roy is a genius. We knew that during all those years when he was the No 1 boxer in the world. Now, personally, I have the benefit of all that knowledge and wisdom.”

While Eubank sought guidance, he was afforded the perfect platform to exhibit it. He has been positioned as the poster boy of Sky Sports’ post-Eddie Hearn era, with the broadcaster’s lucrative pay-per-view model certainly capable of attracting a big-name opponent later in the year. From what little we’ve seen so far, from two warm-up bouts against meagre opposition, there has been noticeably more measure and patience to Eubank’s punches. “It’s not about going to war every time anymore,” Eubank said after boxing to a ten-round decision against Marcus Morrison last May. “It’s about being smart and not getting hit.”

But whether those improvements remain intact against Williams remains another matter entirely. The Welshman can be a harsh and spiteful character, bearing plenty of personal animosity towards Eubank, but his boxing of him is about more than just mean spirit. He might have fallen short at the highest level, most recently against WBO middleweight champion Demetrius Andrade, but he will be dogged and dirty, barreling in with his head and desperate to pounce on any holes in Eubank’s defense. There is another intriguing subplot in the form of Williams’ coach too. Adam Booth, most famous for guiding the rise of David Haye, has worked with Eubank in the past and will know his weaknesses in scrutinizing detail.

The presence of new trainers might bring different approaches, but the stakes and animosity are likely to lure Eubank and Williams back to old habits before long. They will meet in the center of the ring and cast caution aside in brawling exchanges. There will be fireworks that leave the audience wincing, and it would be foolish to make any confident predictions when punches are being thrown in such anger. In theory, though, the close combat should favor Eubank’s faster reflexes. He may be a strong favorite but make no mistake, there is no margin for error.