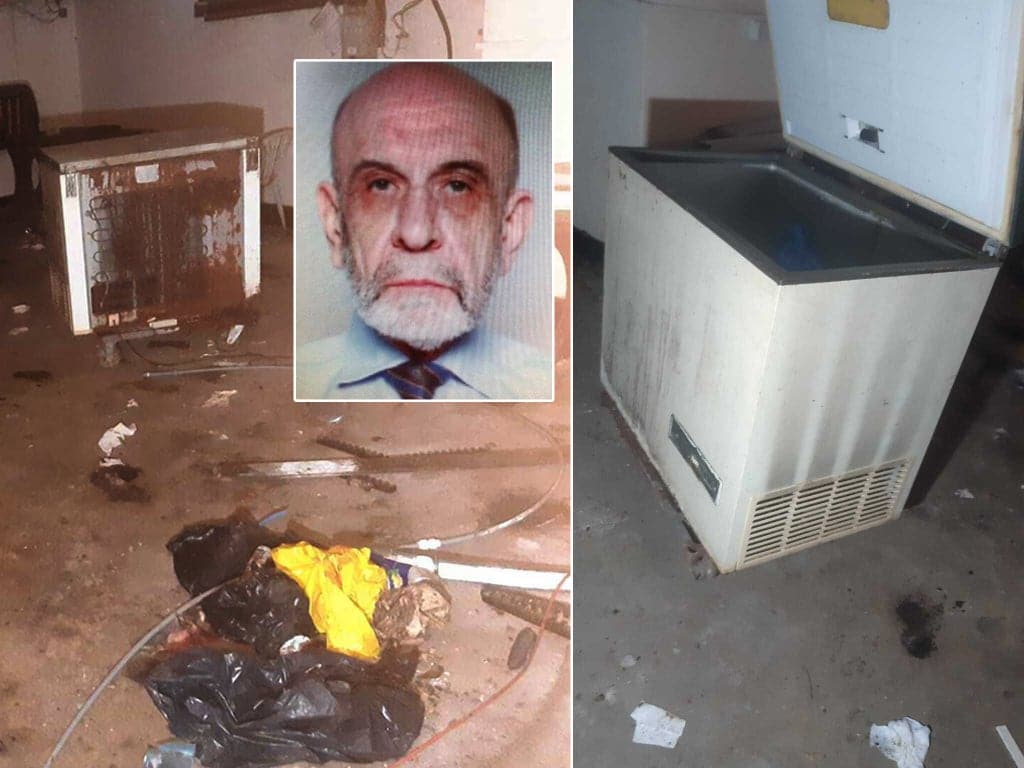 Squatters in a disused pub had been living with a body in a freezer for months before it was found, The Independent can reveal.

The body of Roy Bigg, who went missing in February 2012, was found “wrapped in clingfilm” in the basement of the derelict Simpson’s Wine Bar in Newham, London.

Bailiffs were clearing out the building when they made the discovery on 15 October last year. As many as 20 squatters were estimated to be living in the disused building and were evicted by enforcement officers at the instruction of the owners in late September.

The squatters had been living at the site since at least April 2021, but could have been there significantly longer.

Enforcement officers at Ingram Associates had been clearing out the building, which was full of rubbish and around 30 bikes, when they tried to shift a large freezer in the basement, a senior partner at the firm told The Independent.

Struggling to move it, they opened the freezer up to find a body inside wrapped in clingfilm, John Ingram said. “It’s like something out of a horror movie,” he added.

The contractors immediately alerted the police. Pictures shared with The Independent show the chest freezer that the body was found in and the dingy basement where it was located. They also show rooms full of upturned furniture, discarded rubbish and stacked alcohol kegs.

Metropolitan police officers working on the case have appealed for information about Mr Bigg, who was believed to be around 70-years-old when he died. They have not been able to identify any of Roy Bigg’s immediate family of him, The Independent understands.

Police said that Mr Bigg’s body “may have been there for a number of years”. They were able to identify his body through his dental records.

John Ingram said that he started evicting the squatters, along with six court enforcement agents and two dog handlers, at 10:30am on 29 September 2021. His team started to search the property after the lodgers had moved their belongings and found a “very large knife, approximately 18 inches long”, which was immediately taken to the police station next door.

“We didn’t actually go right into the basement initially,” Mr Ingram said, “It was very dark and the steps were very dangerous. The whole place was in a real mess.”

His firm was then asked to clear the rubbish-strewn building and workmen made the shock discovery some days later on 15 October.

“Our guys were there clearing the place and they went down into the basement and saw an old freezer down there,” John Ingram said. “It was a bit too heavy to move and they looked inside to see what was there and of course there was a body there. It’s like something out of a horror movie.

“The body was in a freezer in the basement and was wrapped in cling film. Needless to say, we were all completely shocked.”

“I told the senior security officer to report it to the police immediately,” Mr Ingram added.

In the time between the squatters being evicted and the body being discovered, someone broke in through the building’s sky light and moved furniture around as if searching for something, Mr Ingram said.

Mohammed Ali, a hotelier who works near the disused bar, said that it had been run-down for at least ten years.

Newham Council records show that the owners of the bar had applied for planning permission to renovate the building three times since 2016 – including submitting plans to build five apartments on the site and to restore the pub. However the council refused permission each time.

Mr Ali said: “There’s been a lot of squatters and lodgers residing in the property, at least 20 to 30 people, and it’s been like that for years.”

He added: “There have been issues with getting planning permission from Newham and that’s why it’s been left so run-down. I’ve been here for ten years and it’s always been like that.

“It was concerning when the body was discovered because the police closed the whole area for around a week, and this area is not getting any better. I’d say it’s getting worse. They’ve regenerated Stratford but it’s stopped there. The area has actually deteriorated in the last 10 to 15 years.”

Neighbor Khodeja Zohra said that when the body was found police spoke to local residents and asked if they had heard or seen anything suspicious happen at the run-down pub.

“Police cordons were up for around two weeks,” she said. “I’ve lived here for one and a half years. We thought it was a safe area because the police station is just next door but now we’ve heard about this happening we are not so sure.”

Detective chief inspector Kelly Allen, of the Met Police’s specialist crime command, said: “We believe that Roy’s body may have been in the freezer for a number of years.

“Speaking to people who knew him will help us establish not only his lifestyle and habits, but also when he was last seen.

“If you knew Roy please do get in touch with us – his birth date was 8 September 1944, we believe he would have been aged around 70 when he died.

“It doesn’t matter if it’s been a long time since you knew him, or if you only knew him briefly, any information may be of real significance to our inquiries.”