While the Committee on Climate Change, which provides independent advice to the government on climate change and carbon budgets, overlooked the approach in their recent net-zero report because it required further research, the new study carried out at Sheffield University indicated enhanced weathering was comparable. to other carbon capture options – while also offering benefits to UK food production and soil health.

The study claimed that the use of rock dust on UK agricultural soils could remove between 6 and 30 million tonnes of carbon dioxide (CO2) from the atmosphere annually by 2050 – at a capture cost of around £200 per tonne of CO2 currently, falling to half that by 2050 – making it highly competitive relative to other carbon dioxide removal options.

The research also identified a number of additional benefits, including the mitigation of the powerful greenhouse gas, nitrous oxide, along with the widespread reversal of soil acidification caused by intensification of agriculture.

The study which was published this week in Nature Geoscience estimated that rock dust could be substituted for expensive imported fertilizers – reducing both manufacture and shipping costs.

The work, led by Dr Euripides Kantzas, a senior research associate in the Leverhulme Center for Climate Change Mitigation at the University, provided the first detailed analysis of the potential and costs of greenhouse gas removal by enhanced weathering in the UK over the next 50 years .

The authors claimed the technique could make a major overlooked contribution to the UK’s requirement for greenhouse gas removal in the coming decades.

The approach could also use existing infrastructure – and had costs of carbon removal lower than other Carbon Dioxide Removal (CDR) strategies, such as direct air capture with carbon capture storage, and bioenergy crops with carbon capture and storage.

“A clear advantage of this approach to CDR is the potential to deliver major wins for agriculture in terms of lowering emissions of nitrous oxide, reversing soil acidification that limits yields and reducing demands for imported fertilizers,” said Kantzas.

“By quantifying the carbon removal potential and co-benefits of amending crops with crushed rock in the UK, we provide a blueprint for deploying enhanced rock weathering on a national level, adding to the toolbox of solutions for carbon-neutral economies.”

“Our analysis highlights the potential of UK agriculture to deliver substantial carbon drawdown by transitioning to managing arable farms with rock dust, with added benefits for soil health and food security.”

And he said that while societal acceptance would be required from national politics through to local community and farm scales, mining operations for producing the basalt rock dust could generate additional employment, contributing to the UK government’s leveling up agenda. 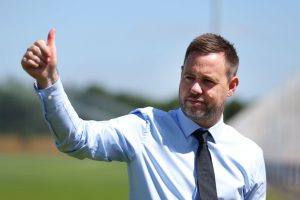