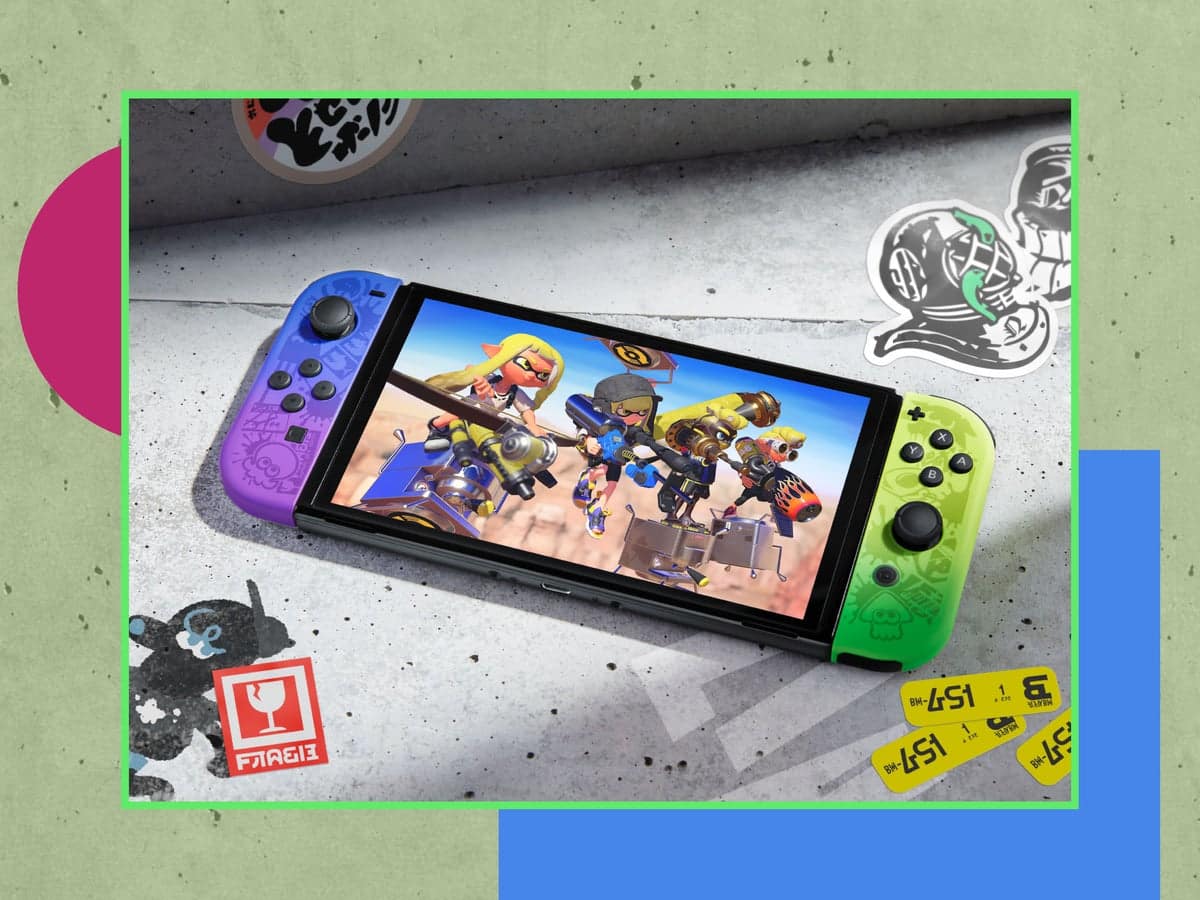 Nintendo has launched a brand new Switch OLED model to coincide with the upcoming release of Splatoon 3 and it looks almost as colorful as the game it’s based on.

The console features all the same specs as the original OLED with a bright 7-inch display and it’s also adorned with splashy, squid-based imagery from the original game. It includes a set of one blue and one yellow gradient Joy-Con controllers with white undersides, and a white, graffiti-themed Nintendo Switch dock as well.

In Splatoon 3players will compete in teams in a family-friendly third-person shooter with a number of different game modes, including “Turf War”, which sees players compete in a 4-vs-4 arena match to cover the most ground with their colored ink.

The console is expected to hit store shelves on 26 August but the company has also announced that a Switch carry case and pro controller are also planned to be released on the game’s release day, which is expected on 9 September.

If you want to find out how to get your hands on Nintendo’s latest Switch console and other accessories then keep reading the rest of the article below.

According to Nintendo’s website, the Splatoon 3 edition of the Nintendo Switch will retail for $359.99 in the United States, which puts it at a similar price to the original OLED version which is currently available for £303 (Amazon.co.uk). We’ll keep you posted when the console is available for pre-order.

the Splatoon 3 pro controller appears to be the same model as the original first-party offering from Nintendo with an aesthetically similar livery to the Splatoon 3 Joy-Con controllers, with matching colors and stencil illustrations embossed on the face of the device. The standard edition pro controller currently comes in at £49.99 over at Amazon (Amazon.co.uk) so we would expect it to be priced at a similar range.

A good carry case is an essential if you’re planning on taking your Switch on the go (as it’s designed to do) and this Splatoon 3-branded offering also comes with a screen protector as well. A non-branded carry case from Nintendo is currently priced at £19.99 (Argos.co.uk) so we imagine it would be set at a similar price point as well.

If you’re looking for discounts on technology or videogames, then try one of these codes:

Want to get the best pre-order deal for the game? Read our full buying guide for Splatoon 3