Skip to content
Home News Spider-Man, the lifeguard of the cinema that opens the debate of the event film | Culture 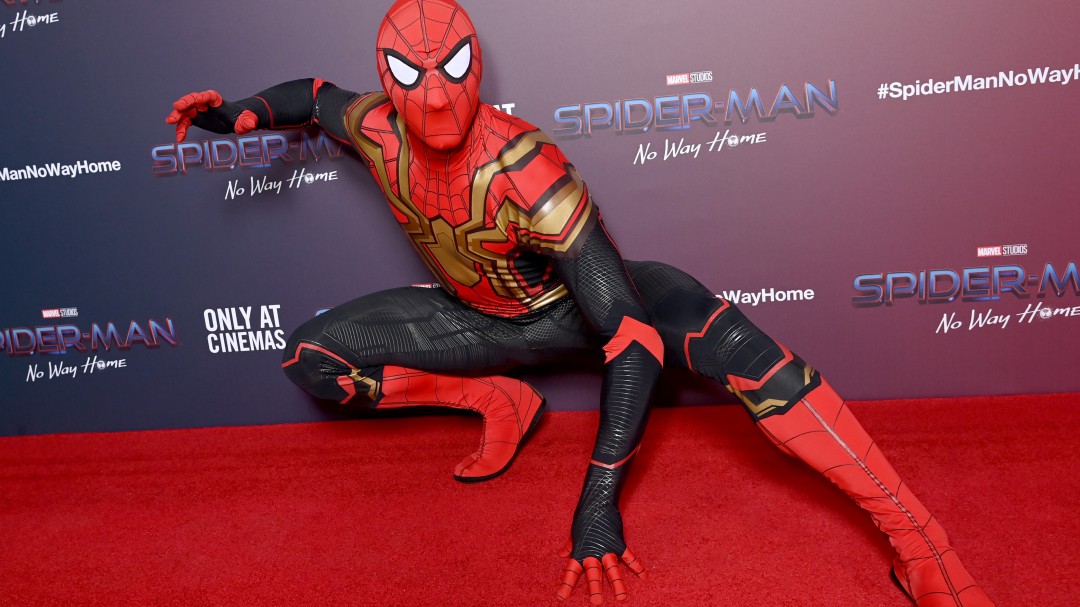 The last of the young spider-man has broken all the schemes, setting several records. ‘Spider-Man: No Way Home‘has blown the box office around the world.

With still provisional figures, the Sony film has grossed 253 million dollars in the United States alone, being the third most successful premiere in its history. Spider-Man is only beaten by two Avengers movies. There has not been such a massive premiere of public and collection since 2019, when it was released ‘Avengers: Endgame‘.

Spider-Man has not only been the best weekend of the year 2021 in the United States, but also in Spain, where not so many people went to the movies on a weekend since January 2020, just before the pandemic. Almost a million and a half people have gone to the movies this weekend. Almost 9 out of 10 have opted for this blockbuster. In four days (it premiered last Thursday) it has raised more than 9 million euros in our country.

‘Spider-Man: no Way Home‘It is already, with only 4 days of projection, the second most watched film of the year in Spain, only surpassed -and narrowly- by the ninth installment of the saga Fast & Furious.

Is it an effect of the pandemic?

If we take a look at the 10 highest grossing films of the year in Spain, 9 are great productions and only one is a more modest and Spanish film. ‘To all train to Asturias’by Santiago Segura.

Pending the final collection data, which could place ‘Spider-Man: No Way Home’ In the number 1 position of the year, what the figures show is that the most watched this year are large productions, the so-called blockbusters. Most Marvel superheroes.

“2021 has been a year still marked by restrictions, by instability and by a worsening of the health crisis, which has slowed down the recovery of the sector,” acknowledges Luis Gil, general director of FECE, the Federation of Cinemas of Spain. “We are in a better year than 2020, of course, but still far from the pre-pandemic figures.”

As for what we are going to see in the rooms, Gil is prudent. “The pandemic still distorts the figures, we do not know how the sector will evolve. I want to be prudent and positive, all films need their space in the cinema, since every film, large or small, has a projection in its conception on the big screen “.

Luis Gil appreciates that large productions, also called event films, attract viewers to the cinema, which is the important thing. “There you can see that the billboard is broader, that there is a large movie park to choose from. The blockbusters help to reposition the cinema in the imaginary of the people.”

However, viewers do not respond equally to the offer.

Are we facing a change of model? Cinemas just for blockbusters?

This change in the consumption model is not new, it is something that has been taking place in recent years, before the pandemic, as Jaume Ripoll from Filmin reminds us. “In 1980, seven out of ten highest-grossing films in the United States were original productions. 40 years later, in 2019, before the pandemic, already 100% of the highest-grossing films are franchises, sequels or comic adaptations.”

In fact, one of the great blockbuster makers of the 80s and 90s, Steven Spielberg (ET, Jaws, Jurassic Park …), has undergone this change of model. In two weeks since his latest film has been released, a new adaptation of ‘West Side Story‘, has grossed just $ 17 million ($ 253 in a Spider-Man weekend). 17 million for a film that cost 100 million. What’s new from Guillermo del Toro, ‘The alley of lost souls‘, has only raised 3 million in this weekend that has been released.

Ripoll is also prudent, considering that the pandemic still distorts the figures and that it will be necessary to wait another year to fully assess the change in model. Yes there are some alterations that seem firm.

“Some of the films that had aspirations of reaching a non-superhero audience, such as those by Sorkin, Sorrentino or Jane Campion, have directly made a technical release in cinemas and go directly to platforms,” ​​warns Ripoll. More and more directors are encouraged to create films intended only for platforms, such as Filmin, which have grown exponentially during the pandemic and who hope to consolidate that loyalty.

In fact, another change in the model is the time it takes for a film to reach platforms after being released in theaters. Within a year we could be in a window of 45-60 days, a time less and less.

However, theaters and platforms are committed to a model of coexistence, where the important thing is to recover the interest and affection of the public for the cinema. If theaters are destined to release only event films, it is something that will have to be assessed once this exceptional situation has been overcome.

See also  Friend of woman, 27, stabbed to death in emotional tribute to pal with 'heart of gold'