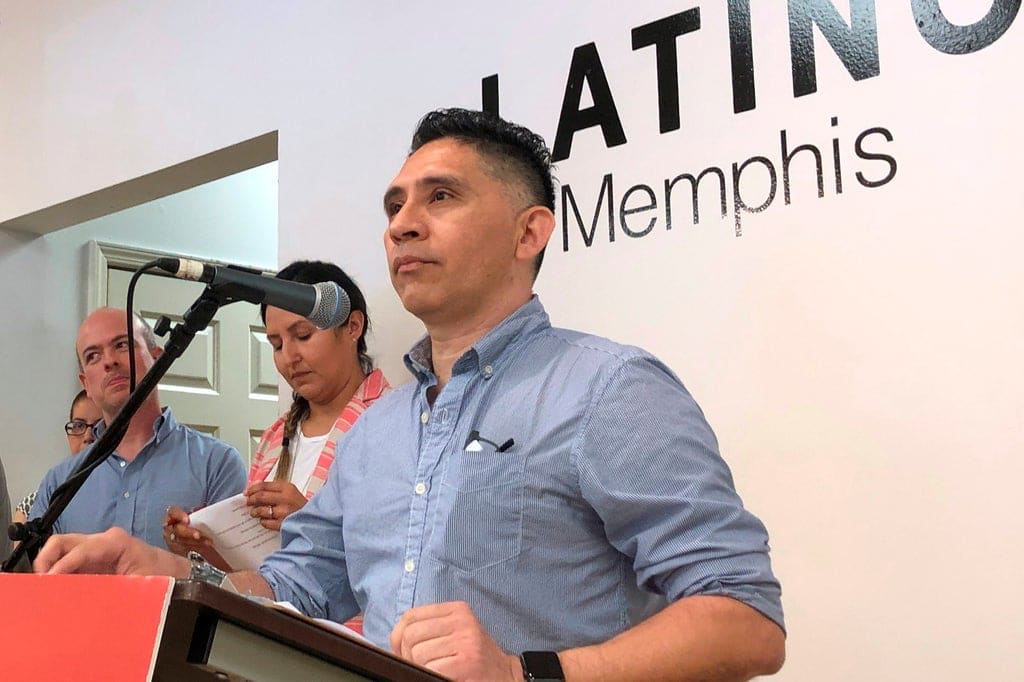 A Spanish-language reporter who had been facing deportation since his arrest while covering an immigration protest in Tennessee has been granted asylum in the US, his lawyers said Thursday.

In a phone conversation with The Associated Press, Manuel Duran said an immigration court in Memphis granted him asylum, four years after he was arrested while doing his job for a Spanish language news outlet.

“I’m very happy for this victory after so much time fighting for this case to be resolved. I’m very emotional,” Duran, 46, said in Spanish. “My family is celebrating with me. We didn’t think it would happen because it was a difficult case.”

A native of El Salvador, Manuel Duran had fought for asylum since he was arrested while covering an April 3, 2018, rally protesting immigration policies in Memphis. Protesters had blocked a street in front of a downtown courthouse to mark the 50th anniversary of the Rev. Martin Luther King. Jr’s assassination on April 4.

Protest-related charges were subsequently dropped, but Duran was picked up by immigration agents after he was released from jail and detained. Memphis police denied that Duran was targeted because of coverage that had been critical of law enforcement.

Duran had been held in facilities in Louisiana and Alabama until he was released from an Alabama detention center in July 2019 on a $2,000 bail set by US Immigration and Customs Enforcement.

The 11th Circuit Court of Appeals in Atlanta had granted Duran an indefinite stay from deportation as his case was argued. The Southern Poverty Law Center and Advocates for Immigrant Rights had helped represent him.

“The positive resolution of my case today is a triumph in the fight to defend the First Amendment,” Duran said in a statement released by the center. “This victory is dedicated to all the journalists being persecuted at this moment, because no journalist should have to fear to do their job.”

Casey Bryant, executive director for Advocates for Immigrant Rights, said the immigration judge in Duran’s case “noted that the First Amendment is one of the most cherished rights of this nation and thanked Manuel for his bravery in daring to report corruption in El Salvador.”

US Immigration and Customs Enforcement had said Duran was taken into custody because he had a pending deportation order from 2007 after failing to appear for a court hearing. Duran had said he did not receive a notice to appear in court with a time and date on it. Immigration activists and journalism organizations spoke out against his detention.

The Board of Immigration Appeals had reopened Duran’s case. Lawyers sought asylum, arguing that conditions had worsened for journalists in El Salvador and he could be in danger if he returns. The immigration board acknowledged that conditions for reporters had worsened in Duran’s home country since his initial deportation order for him.

See also  'Parallel Mothers': Pedro Almodóvar: "I had a presentiment that my film would not like to talk about historical memory" | Culture