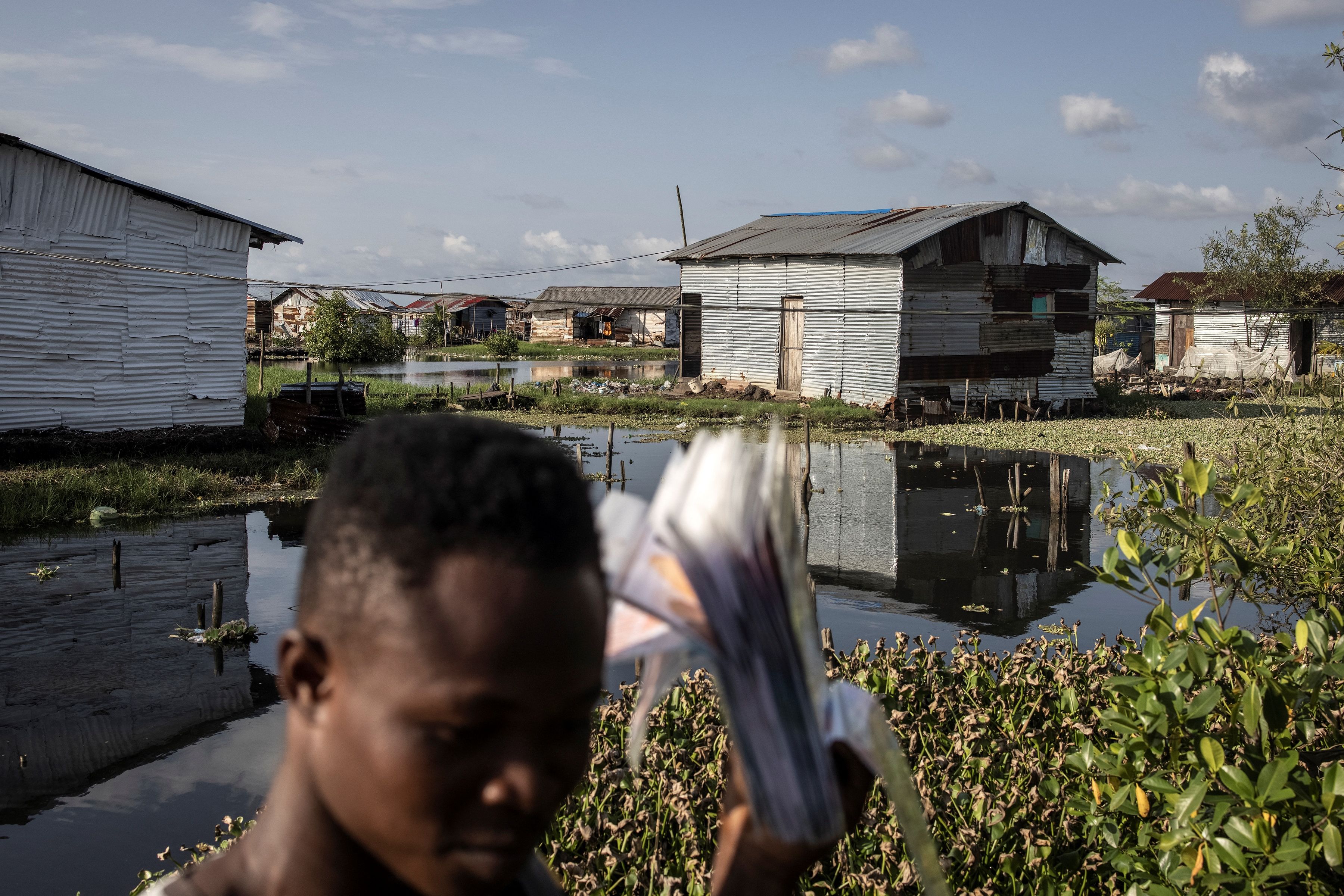 In July 2020, the Basque Cooperation Agency signed an agreement with the health service of this autonomous community and with Doctors Without Borders to support the response to covid-19 in Peru. The decision was made after a request from the Ministry of Health of that country, overwhelmed by the impact of the epidemic on their health care systems. The real importance of this collaboration did not lie so much in the resources or material donated as in the technical assistance after the experience of the first waves in Spain. The program was so successful that in June 2021 a general protocol of action was signed between the two departments of the Basque Government to replicate this experience in other countries and contribute “to the achievement of universal health coverage”.

The response to the pandemic is a good example of the added value that the help managed by the autonomous communities, county councils and city councils can offer. This form of “decentralized” cooperation is almost an exoticism in the Spanish case, very difficult to find in other donor countries. Its origin is linked to the mobilizations by 0.7% that toured Spain in the mid-1990s, and which established a direct and affective link between the territories and development aid. Over time, the system has also been useful for taking out senior officials or circumventing the limitations imposed on communities in their activities abroad.

The reality is that this modality of Spanish cooperation has remained firm for two and a half decades, underpinning society’s commitment to international aid. It has established itself as a horizontal model and reasonably free from the shackles of foreign policy. Although their magnitudes have always been modest, the budgetary deterioration of state programs has triggered the relative importance of these funds. In 2019 (the last year for which there are closed data) official aid for the development of decentralized cooperation reached 357 million euros, almost 50% above the budget managed by the Spanish Agency for International Development Cooperation (241 millions). Even so, these figures are little more than half of those allocated in 2008, the record year for decentralized cooperation.

Now a new stage opens. This week a meeting of the cooperation directorates of 16 autonomous communities (all except Madrid) took place in the cities of Mérida and Cáceres. Its purpose is to establish the bases of a new work model that optimizes the contribution of these actors to the effort and impact of the Spanish Cooperation. As the joint declaration approved by the participants points out, “(…) a fairer and more intelligent management of development challenges is one that involves agents and administrations from all areas, guided by sound public policies”.

It is no coincidence that the meeting was held in Extremadura. The Extremadura Cooperation Agency (AEXCID) is part of an outpost of regional institutions that aspire to transform this system. The group also includes the Basque, Andalusian and Valencian cooperation agencies, which shows that this effort does not belong to a single territory or ideological spectrum. “There are a large number of initiatives and realities that, if they are not supported in solidarity by the communities and other agents of decentralized cooperation, they would simply be left with nothing,” explains Paul Ortega, director of the Basque Agency for Cooperation. “It is necessary to work to discover what we should do and what is the added value of our cooperation”.

There are a large number of realities that, if not supported in solidarity by decentralized cooperation, would simply be left with nothing

Paul Ortega, director of the Basque Agency for Cooperation

The challenges of this form of international solidarity coincide in part with those of the system as a whole: rigidities of the administrative model – with a Law of Subsidies that is catastrophically ill-adapted to the reality of work in weak or failed states -, budget shortages and lack of coordination between departments. But those responsible for the regional agencies also wield their own grievances. One of the main ones is related to the little room for maneuver that the central system gives them. For example, limitations on delegated cooperation (acting on behalf of a third party donor) or the impossibility of establishing a dialogue with the EU delegations in the countries where they work.

The sclerotic model of participation and decision-making that characterizes Spanish Cooperation does not help either. The Interterritorial Cooperation Commission – created in 2000 and which meets twice a year – is a civil servant mausoleum that hardly provides the agility required by this policy. On the contrary, decentralized cooperation agencies collaborate more and more with each other and with state development aid agencies. They provide a link to organizations and social movements on the ground that are not always available to national agencies. In places like Colombia, Nicaragua or El Salvador, where civil society is under real and legal fire from the authorities, these links have proven invaluable.

See also  What are capital controls and how is Russia seeking to use them to ease the pain of sanctions?

“The Covid-19 crisis has highlighted the need to establish spaces for coordination and complementarity between us and with the central government. For Andalusian cooperation, it is essential to eliminate silos, the plots of each actor, ”says Mari Luz Ortega, director of the Andalusian Cooperation Agency. “We have incorporated the different ministries and universities, and we have been pioneers in locating development programs.”

These and other experiences are the basis of the coordination mechanism that has been proposed in Cáceres this week. What the agencies that promote it seek is to establish in the medium term a structure that allows optimizing the resources offered by the decentralized organizations and providing continuity to the decisions that are reached.

For now, the agreement that has been reached sets in motion a process that, over the next few months, aims to identify the capacities and priorities of each region, defining the areas of joint work where the impact can be greatest. The decentralized cooperation agencies have established a system for the exchange of information and experiences that allows replicating and scaling up the best practices in each of these areas. Progress will be evaluated at the 2022 autumn meeting in Cantabria.

Ángel Calle, director of the AEXCID, highlighted the importance of the step that is now being taken: “The decentralized cooperation of the regions has left adolescence. It is already a mature, serious cooperation that offers the State a uniqueness compared to other countries. For Extremadura, this meeting will change the paradigm of regional cooperation ”.

A particularly sensitive and interesting testing ground for this exercise is that of migrations. In Cáceres it has been decided to convene a thematic meeting next March on this matter. The agencies will meet in the Canary Islands to discuss the issue of Cooperation and migration, a territory in which European state donors have seriously slipped. The obsession with the “root causes” of human mobility and the dangerous link between aid and immigration control programs have put the credibility of the cooperation system at risk and have trapped those responsible in an ethical and political labyrinth.

Perhaps decentralized cooperation agencies will be able to offer an alternative perspective on this issue that highlights the potential of mobility for development and the need to establish narrative frameworks based on rights and opportunities. This has been the pioneering initiative that AEXCID took, convening the Migration Journalism Congress each year in Mérida.

Decentralized cooperation wants to reinvent itself. Go from being grant managers to complex platforms where a diversity of actors work for a just and sustainable transition. And it does so at a time of reforms of the Spanish Cooperation, when our system could be endowed with norms and institutions much better adapted to the world in which we live. The impulse of the autonomous communities not only takes advantage of this current of transformation, but also stimulates it to create a more agile and impactful model. It should be followed closely.

Prize for human rights defenders and more than 2.5 million for vaccines

The meeting of regional cooperation agencies has decided to recognize the work that human rights defenders do around the world. This is an area in which the decentralized agencies have considerable experience, with seven programs coordinating actions and resources. The award will be collected by Javier Orozco, from the Asturias program, and María Jackeline Rojas, a Colombian defender in a situation of protection in this region.

On the other hand, at the Extremadura meeting, the joint contribution of the autonomous entities (all except Madrid) to a fund for the purchase of vaccines against covid-19 through the COVAX mechanism and several NGOs was announced. The joint fund will allocate a total of 2.65 million euros to this end, spread over eight countries and territories.