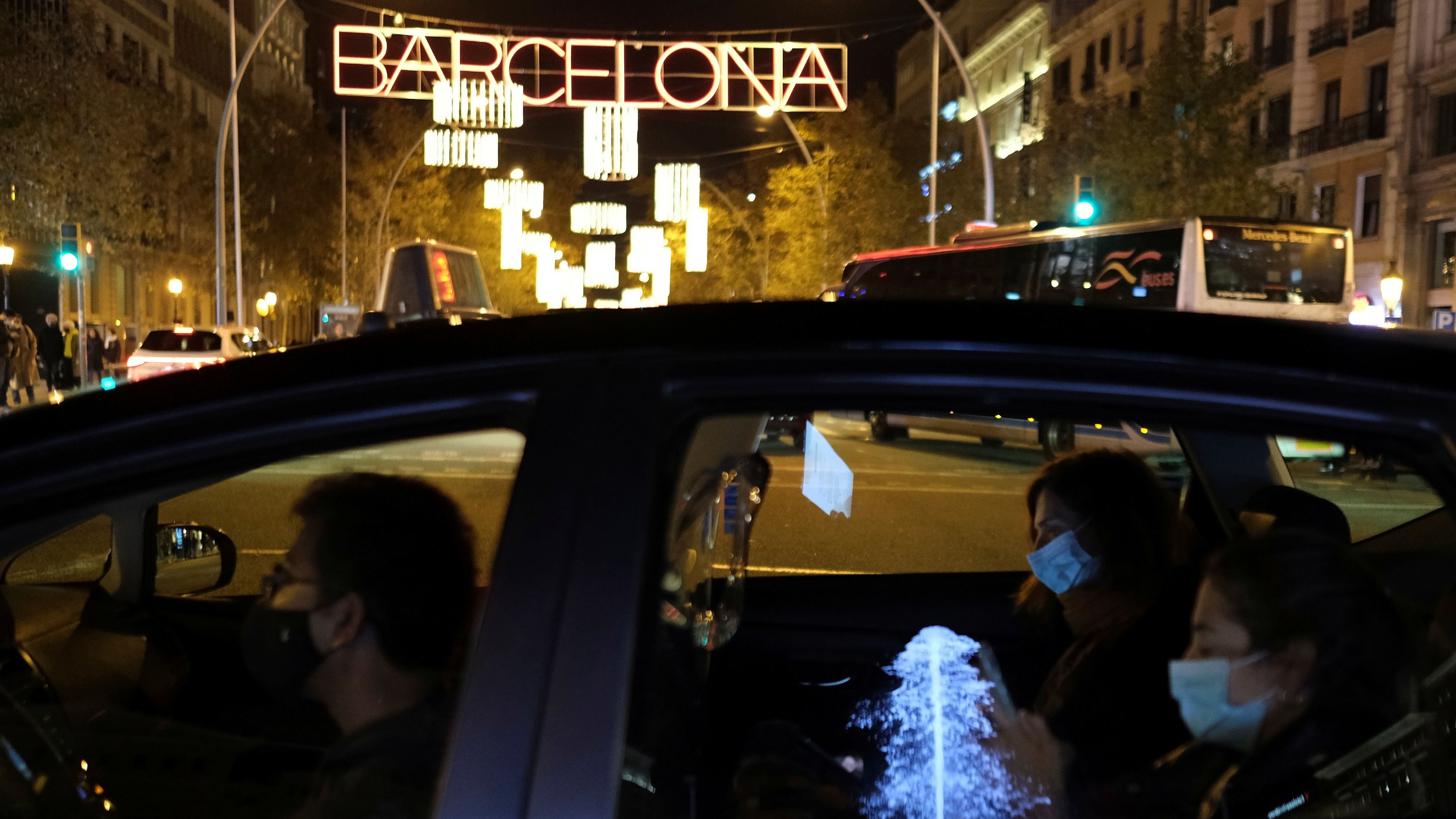 Detection of the omicron variant, which accumulates more than 30 mutations in its protein spike, has triggered all the alarms worldwide. Countries such as Japan, Morocco, Israel, the United Kingdom or the European Union are imposing restrictions on arrivals from South Africa and other African countries, while the scientific community tries to decipher the behavior of this new version of the coronavirus against the clock. Its greatest contagiousness is practically taken for granted, and now the laboratories are trying to clarify to what extent it escapes the effectiveness of current vaccines and if it implies that the disease manifests itself in a more serious way. The WHO considers the risk of the variant being transmitted worldwide “very high”, and has asked countries to accelerate their vaccination campaigns. Spain has already detected at least its first case in a traveler from South Africa.

There is no shortage of critical voices towards this border closure, imposed in countries like Spain until more data is available on the new variant. Ignacio López-Goñi, a microbiologist at the University of Navarra, believes that we are facing “a wave of collective hysteria in the face of a new variant of the coronavirus, which is not justified at all.” “It is a variant that we have to monitor very closely, but at this time there are no reasons to close borders”, he assured in the microphones of RNE, since “It is probably more installed among us than we think”. As he explains, the phylogenetic analyzes suggest “that it is not that it has appeared and exploded in South Africa, but that this variant has probably been moving around the planet for quite some time.”

“Closing the borders to half the African continent does not make any sense. First because of the globalization of the planet, which makes it really very difficult to stop it, and secondly because it has probably been with us for some time, moving in the population,” he asserted.

“Vaccines induce such a complete immune response that it is very difficult for a variant to escape them.“

López-Goñi recalls that “we know practically nothing about this variant: if it is more transmissible, if it produces a more serious disease, if it is going to escape vaccines, if it is going to react to antibodies … The only thing that we know and that worries the scientific community is that it accumulates a constellation of mutations in that protein of the virus that is the key through which it enters the cells “, although it emphasizes that” it must be taken into account that it is not only that it has 32 mutations in that area, but how those mutations are going to behave, because the effects are not additive, and a mutation can nullify the effects of the one next to it“On the interaction of omicron with current vaccines, he reassures by assuring that” vaccines induce such a complete immune response that it is very difficult for a variant to escape them. “

The mornings of RNE with Íñigo Alfonso – Ignacio López-Goñi, microbiologist: “Closing borders does not make sense. Ómicron has been with us for a long time” – Listen now

The focus, “within our borders”

Jonay ojeda, spokesperson for the Spanish Society of Public Health and Health Administration (SESPAS), declares to RTVE.es that the omicron variant “It is a reason to remain alert, although not to be alarmed”. “Very likely other variants have been produced in other parts of the world, but this has been detected very quickly, which is still a very positive aspect,” he adds.

This expert in preventive medicine recognizes that around omicron “there are still many unknowns”, but insists that the most appropriate thing now “is to keep watching, and wait for more information.” For this reason, it urges “to make an active search in Spain when appropriate, such as the study of contacts to interrupt the community transmission of cases that may occur”, something that in any case “is going to be difficult.”

“Ómicron is a reason to remain alert, not to be alarmed.“

“From a pandemic control point of view, surveillance, tracking, prevention measures and others that we already know they are much more effective than closing borders “, he considers, while advocating” adding additional test tests at origin, before quarantines or isolations at destination. “

“Spain can establish additional controls at the borders, but we will have to continue putting the focus within our borders“, he defends, with the aim that” we have the ability to interrupt the community transmission of this variant and do everything possible to prevent it from becoming dominant. “Among these measures, he points out, on the one hand,” to the most individual , as a mask in interior spaces or to avoid crowds, which until now have been effective against all variants of the coronavirus “, and also those that have a greater collective character, such as “continue to insist on vaccination”. “In a few weeks the issue of vaccine escape will be cleared up, but vaccination continues to be one of the tools that has allowed our country to better control not only the impact of the disease but also the contagion capacity,” he recalls.

For Daniel López Acuña, former director of Health Action of the WHO, omicron is a variant that “we must take with caution, and assess it with great caution”, since, among the more than 30 mutations it accumulates, there are “those that have previously been of concern “. “The data that have been generated so far, released by the African Center for Disease Control and by the WHO itself, indicate a probable greater contagion and a greater probability of reinfection in vaccinated and unvaccinated”, he explains to RTVE.es .

“The most contagious or transmissible, the one with the greatest severity, and if it escapes the efficacy of vaccines, is yet to be documented with conclusive evidence. We will find out in the course of the next two weeks. but there are indications that it may tend to escape more from vaccines than previous variants did“, continues, to indicate that it is necessary to remain” in alert, although without falling in the panic or the hysteria “.

“There are indications that omicron may tend to escape vaccines more than previous variants did.“

López Acuña believes that “we must understand that the variant is already in Europe, at least in six or eight countries, and surely sooner or later it will be in all, and this does not have to do with restricting flights or not, since it is not necessarily the fundamental answer. It may help to reduce a number of incoming cases, but the variant is already in action and circulating, and that implies that we have to do more epidemiological surveillance, more sequencing, and on the other hand we have to establish more protection measures, plus restrictive measures to unprotected social interaction, which is what is really going to stop the penetration of this variant “.

This epidemiologist urges Spain to continue with the vaccination campaign, until completing “those four million people over 12 years of age who are not vaccinated, to grant them protection, not only against the omicron variant, but against delta and delta plus , which is currently causing the fundamental upturn in cases in Europe. ” In addition, he believes that “epidemiological surveillance and genetic sequencing of the PCR of new cases should be emphasized to determine if the variant is present.” “In any case, both for the omicron variant and for the previous ones, we need not to lower our guard in the protection measures of the mask, the physical distance and the non-crowding”, he summarizes.

See also  How important are Donest and Lugansk, the territory that forms Donbás | International

Although the selective closure of borders is also seen with good eyes. Marcos López Hoyos, president of the Spanish Society of Immunology (SEI), believes that “it is important to act quickly in the face of a new variant that is of concern”, such as omicron, and considers “very positive” the closing of borders to the countries where has been detected. “I see it as appropriate and convenient to confine and control the access of people in the risk zone, until it is known how this variant works. What we cannot do is wait to act, as we did in the early phases of the pandemic. It is a matter of precaution. Other times we have accused of not acting early, and now what has been done is that, “he argues RTVE.es.

“It’s essential contain infections, as the virus is circulating more and more.“

Although he also believes that, beyond border controls, it is essential “contain the infection between us”, since “the virus is circulating more and more”. “Non-pharmacological measures work, and at the moment there is no variant that escapes,” he says, and recommends continuing to keep the mask indoors, ventilation of closed spaces or physical distance. Although it also accelerates the vaccination campaign as much as possible, since “we know that with vaccines we protect against active disease, and they also partially reduce the spread of the virus.” On whether vaccines will lose efficacy against omicron, this immunologist believes that “the vaccine should continue to protect because it stimulates the T-cell response”, although he makes it clear that this point “we still do not know for sure.” “I think it may be more infective but also clinically milder, although it is something that can only be verified in the coming weeks,” he adds.

Likewise, López Hoyos advocates reactivating the COVID traffic light, “which we had forgotten a bit”, to “control incidents and make decisions regarding them.” Finally, he asks the population “to be very clear that if there is a contact with a contagion, it cannot avoid tracking”, since in this “you can not cheat the lonely”.