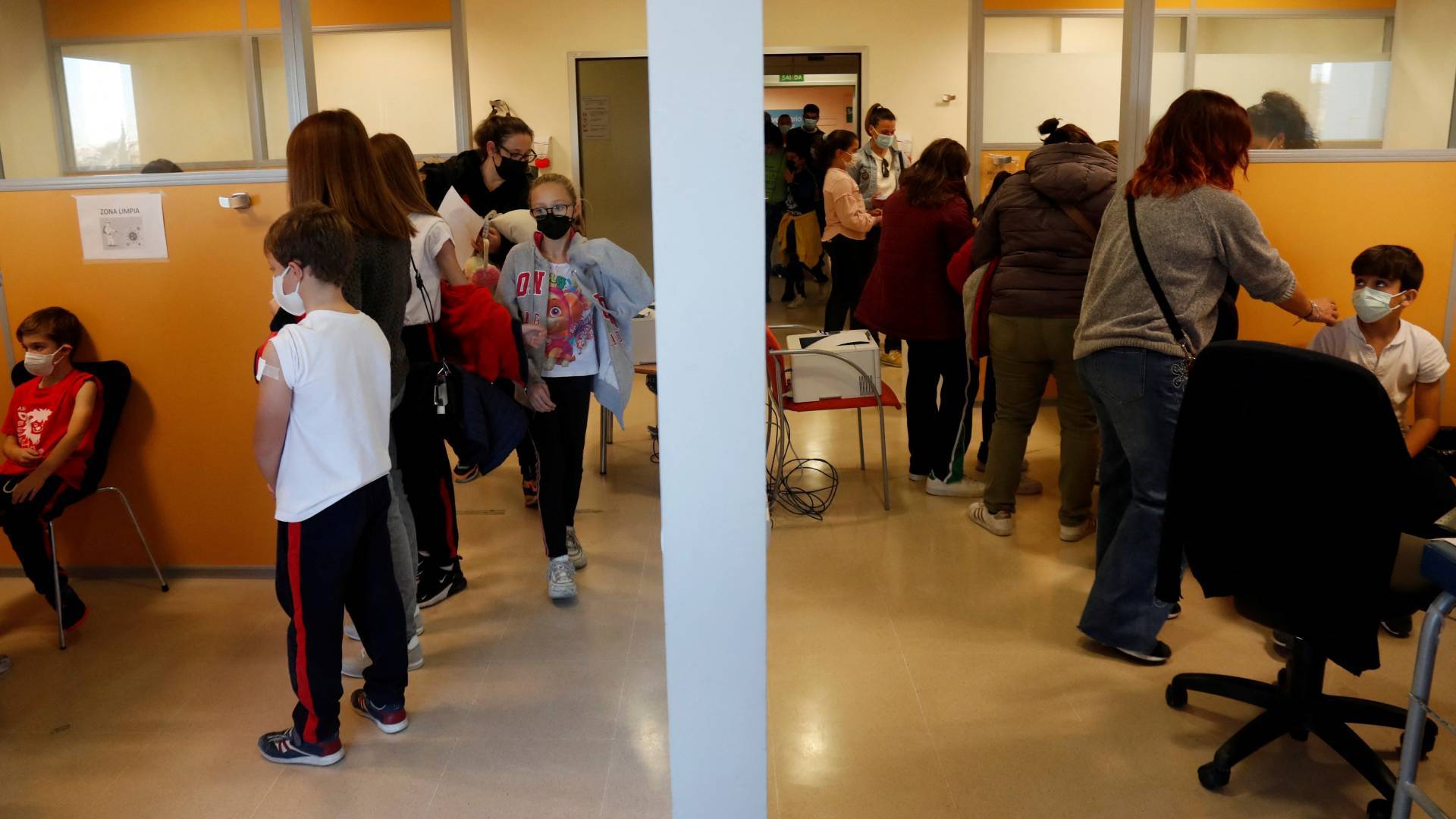 Two weeks after starting the childhood vaccination campaign against COVID-19, Spain has already administered the first dose to 863,774 children between the ages of five and eleven, one in four in that age group, which is the last to access vaccines. It’s a high rate –above that of countries such as Germany, France or Italy, which have also begun to vaccinate those under the age of twelve- and may contribute, according to experts, to reduce the circulation of the coronavirus in full explosion of infections by the sixth wave.

According to the latest balance of the vaccination campaign published by the Ministry of Health, since December 15 began to immunize children between five and eleven years old in Spain, 25.8% of the 3.35 million who are eligible for the vaccine have already received the first dose.

The bell is especially advanced in Asturias, Galicia, Extremadura and Cantabria, where they exceed 35%, while only Catalonia and the Balearic Islands have not yet reached the 20% threshold, that is, one in five children have received that first dose.

Reduce the circulation of the virus

Immunization of minors between the ages of five and eleven is the last step in a vaccination strategy that seeks to approximate a group immunity that, given the infectivity of SARS-CoV-2 and especially of the omicron variant, is already knows that it is unattainable, although vaccines protect against the most serious symptoms of the disease and also make it difficult for the coronavirus to spread easily.

“It is evident that [la vacunación pediátrica] contributes to reducing the circulation of the virus “, highlights Ignacio Rosell, expert in preventive medicine and public health at the University of Valladolid and member of the technical committee that advises the Junta de Castilla y León in the pandemic. “And although the risk of serious illness in children is clearly lower than in older people, there have also been serious cases and even deaths,” he adds.

The virologist José Antonio López Guerrero, professor of Microbiology at the Autonomous University of Madrid, assures that “the discussion on the risk-benefit of vaccines in children under 12 years of age has already been overcome” and also emphasizes that vaccinating children “can contribute to group immunity.”

No serious side effects

For the moment, there is no record of any serious side effects in children who have received the first dose. Instead, its immunization is one more obstacle against contagions just when Spain sets daily records of cases and accumulated incidence of COVID-19, with the sixth wave in its most acute phase.

From mid-September and until December 19, in a context of relatively few infections, children under 12 years of age were the age group with the highest incidence of infections in Spain, something logical given that they were the only one who did not have access to vaccines. Now, at the back of the sixth wave, its incidence has skyrocketed as in other age groups – it already exceeds 1,500 cases per 100,000 inhabitants – but groups from 20 to 50 years old, much more prone to social interactions, are already found above.

That lower relative incidence of children under twelve is not yet an effect of vaccines, since they have not yet had time to provide immunity, but from now on they will begin to protect those vaccinated. “The children must be thanked for, in the pandemic, they have been cold in the classrooms, they have put on their masks, they have had fewer face-to-face classes … This is one more thing they do for adults, we are indebted to them “, emphasizes Rosell.

A good rate of childhood vaccination

Furthermore, the vaccination rate is high, as recognized by the experts: “The rate that is being carried out is quite acceptable, I am optimistic,” says López Guerrero. The childhood vaccination protocol indicates that the second dose should be given eight weeks after the firstTherefore, at the current rate and if all the children who can do it will be vaccinated, by the beginning of April the guideline could be completed in the entire cohort.

The government has been set as target for 70% to have the first dose the week of February 7 and a similar proportion to have completed the regimen by the week of April 18. For the moment, the figures are good, although school holidays may slow the pace somewhat, given that in several communities vaccines are administered in schools.

In any case, Spain improves the figures of countries like Germany, which for now has immunized 6.7% of children of the same age; Italy, where is 6.36%; or France, which does not detail percentages but has administered less than 39,000 doses to children between five and eleven years old, that is, 20 times less than in Spanish territory.