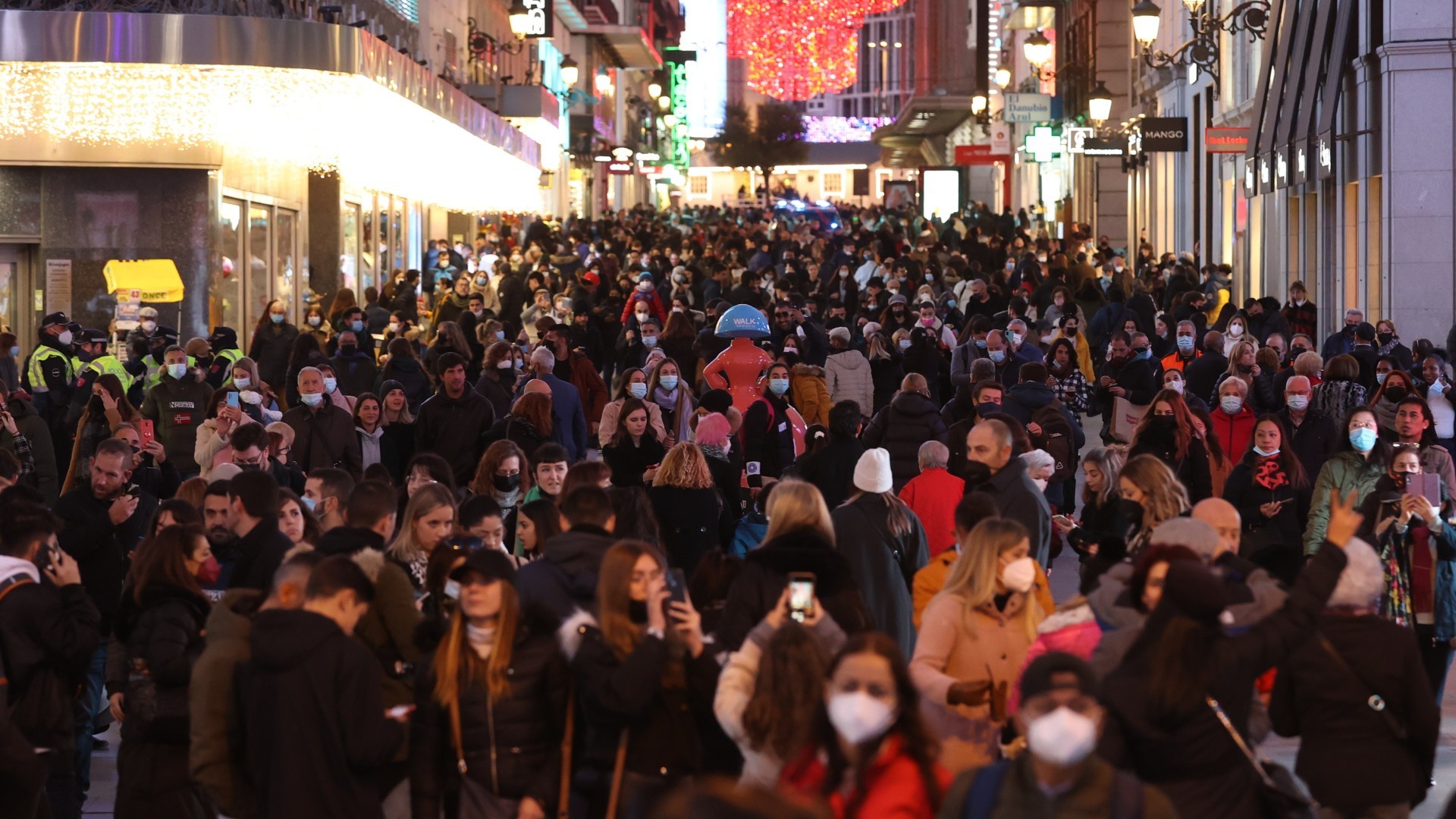 Spain has entered a high risk of coronavirus transmission by raising the incidence to 305.57 cases per 100,000 inhabitants, an increase of 15.47 points from Tuesday. The intensive units of 17 territories are under pressure above the recommended threshold (5%), in some cases with high percentages close to 20%.

The rise in accumulated incidence occurs after the Constitution bridge and at Christmas time. Experts have been warning for days of the risk with the increase in the transmission of the virus and they have asked to avoid crowds. From Friday to Wednesday they have been notified 70,220 infections“Although we are vaccinated, this does not make us invulnerable,” warned the scientist of the Spanish Public Health Society, Jonay Ojeda, on TVE.

The official count reaches 88,321 deceased and the cases registered since the beginning of the pandemic amount to 5.273.178.

The increase in cases has prompted regional governments to continue to take action. The last of them has been the Canary Islands, which as of December 10 will be able to request the voluntary COVID passport to access certain spaces for public use.

Navarra and the Basque Country, at the epicenter of the sixth wave

Navarra (956) Y Basque Country (757), Considered the epicenter of the sixth wave, they remain at extreme risk of transmission (more than 500 cases). For this reason, the San Sebastián City Council has finally decided to suspend the Santo Tomás fair due to “the poor evolution of the health situation”. There, the cumulative incidence in the last 14 days stands at 937 cases per 100,000 inhabitants.

The mayor, Eneko Goia, has regretted “from the heart” having had to make this decision, but warns that “common sense and prudence advise postponing this celebration so beloved by Donostiarras and visitors.” “Santo Tomás is a very important date in our vital calendar, but it is necessary and pertinent to do so in this situation.” Aragon (591) you are at the “very high” risk level.

In addition, there are seven communities in high risk (between 300 and 500): Asturias, Balearic Islands, Castilla y León, Catalonia, Valencian Community, Galicia and La Rioja -together with the autonomous city of Melilla-.

In this context of rising transmission in the sixth wave, since December 1 the average occupancy in intensive care units has gone from 8% to 11.3%.

Other communities are between 5% and 11% and only Andalusia (4.9%) Y Extremadura (3.6%) They are below the 5% precautionary level set by Health.

In total, there are 5,479 hospitalized patients throughout Spain, 1,041 of them in the ICU, so that it exceeds a thousand for the first time since September 7, when there was an incidence of 150 cases.

The incidence of children under 12 is at the highest level

By age group, the incidence of children under 12 years of age is at the highest risk level, with 533 cases per 100,000 inhabitants in the last two weeks. In those under 11 years of age, it has already exceeded 2,000 cases and in the Basque Country it is 1,715. In fact, it exceeds that threshold in ten autonomous communities.

At the national level, the highest rates are found in this group of children and in adults aged 30 to 49 and 60 to 69, in all cases above 300 cases (high risk).

The Public Health Commission, meeting this Tuesday, approved for this reason expand vaccination in front of coronavirus to children from 5 to 11 years old, after the approval of the European Medicines Agency to administer Pfizer to children under 12 years of age. The first shipment of vaccines for this group is expected to arrive in Spain on December 13 and, that vaccination starts from day 15, after its distribution among the autonomous communities.

The vaccinated are less infected

Among vaccinated population, the incidence is 42 cases per 100,000 inhabitants, a figure that contrasts with 94 points in the case of the unvaccinated. In addition, vaccinated 60 to 80 year olds are six times less likely to be infected, 15 times less to end up hospitalized and their chance of dying is 14 times less than that of an unvaccinated at that age.

In the group aged 30 to 59 years, the total incidence is 2 times lower than that of the unvaccinated and up to 9 times lower in hospitalization.

For its part, the WHO has stated this Thursday that, according to the data analyzed, immunity from vaccines lasts up to six months after receiving the full regimen. He has also asked rich countries not to monopolize the doses because they would put the supply to the most disadvantaged at risk: only 7.8% of the African population has a complete pattern and almost half of the omicron cases in the world have been registered on that continent.